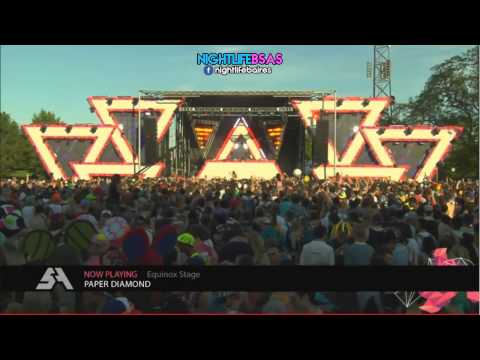 Year 2 art directing @thebukuproject and am definitely making my way down to New Orleans this year. Hmu!

Heading to America in two weeks to play some music with one of my favorite drummers and all time best homies. Last show of the year with @pnumalive in Denver @ swervantes . Denver friends get at us

A whole lotta work on a super short timeline yielded some wild experiences and art that I’m proud of. Art directed @hangoutfest this year along with an awesome team. I’m learning how much work it really takes to make a festival like this happen and I gotta say... Shouts to everyone who works their ass off to put on music festivals....life would be way more boring without you!!

Flying back to the states tonight and it’s off to @electric_forest !!! Who of you is gonna be there this year?!?

@electric_forest is less than a week away and I’m SO EXCITED to announce that in addition to my show with @pnumalive they have added the Paper Diamond Live Band to the lineup! Also- in celebration I teamed up with them to make the Electric Forest Instagram face filter. When you follow me, @electric_forest , and @pnumalive it will show up in your selfie camera in Instagram. You can also click in my story highlight above to try it out. If you post a video of yourself using it and tag us, we’ll repost our favorites! Also! We’ll be doing a talk on Friday at 1pm about how to gain and retain inspiration in a life of art and music. Finally- if you check out the electric forest coloring book you’ll find a page that we drew! I know that’s so much info at once, but we’re just stoked to be back and we love the electric forest family!!! See you next week!!

Is Red Rocks the best venue in America or am I tripping?!

LIFE MAY NEVER BE THE SAME LOL!! CAN YOU BELIEVE IT?!?

Colorado you wild for this one! How many of y’all would vote yes to this?

Hey everyone! My first Instagram filter is now live and available for you to use! If you follow me, just swipe right to open the camera, click the face icon and then look for the Night Vision filter (or check the link in my story). If you post yourself using it on your story and tag me, I’ll be able to repost it! This is the first of many ideas I’m gonna be releasing over the next little while.. Enjoy! ...#instafilter #facefilter #paperdiamond #nightvision #3D #animation

420 will forever remind me of living and playing shows in Colorado!! Hope you all have an amazing holiday!!!