8903
Lady Lamb
{"https:\/\/94f25d5fce3d6f1478b5-8492f2475187762e2e44cf8c753691ec.ssl.cf2.rackcdn.com\/8903-1.jpg":"The Windish Agency^:^http:\/\/www.ladylambthebeekeeper.com\/^:^"}
Photo:The Windish Agency
www.ladylambjams.com
www.facebook.com/ladylambjams
Aly Spaltro is a singer/songwriter based out of Maine who performs and records under her Lady Lamb (previously Lady Lamb he Beekeeper) guise. She plays a characteristic style of modern folk rock that highlights the musician's versatile voice and ability to write self-disclosing songs without a tinge of self-pity. Spaltro began penning tunes during the winter of 2007, when the bitter New England chill kept her indoors with her guitar. When she emerged, Spaltro had a handful of tracks that perfectly encapsulated a youthful yearning for something greater, and as she started to play to audiences, her notoriety began to grow. She typically performs solo, with the aid of an acoustic or electric guitar, but occasionally Spaltro is joined by a cast of backing musicians who help add instrumental depth to her listless folk tunes.
FOLLOW
SHARE
FOLLOW
SHARE
0
VIDEO
Tower of Song 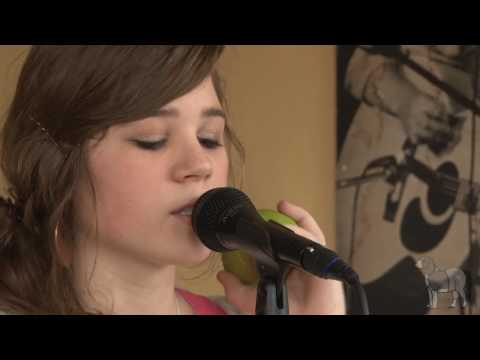 Surprise! It’s my twin @caaaaallie who borrowed my OG tender warriors jacket to play a @saragideonme drive-in rally with her kickass band @ballroomthieves yesterday in Portland. They’re also playing the Gideon rally tomorrow in Bangor!MAINERS- we MUST vote out Susan Collins - if you haven’t voted for Gideon already get your ballot to an official dropbox or vote in person! Let’s gooooo!!Lookin shahp, Callie!

Thank you all SO much for tuning in to my Live From The Hive stream for its premiere last night. My brother and sister were watching and sent me a screenshot of a live chat - How did I not realize there was one?! I would have been there! To make up for it, I’d love to log in to the watch page for a live (re)viewing this Sunday, Nov 1 (which is the last day to grab a pass / log in to the watch page with the pass you have) to hang with you all virtually ! Join me :)1pm PT / 4pm ET / 8pm GMT Use your pass link or purchase one through the link in my bio. I’m pumped to hang and answer any questions you have / share some hope and goodness together pre-election. ‘See’ you Sunday!

Live From The Hive with Strings airs worldwide tonight! 8pm GMT / 5pm PT / 8pm ET etc!Stream pass is $12 and allows for 72 hrs to view at your convenience. Lovingly produced on my property in Maine by @birdtheory.xyz / engineered and mixed by Jack Murray. Strings performed by @iamkevinoates on cello, @kaitijonesmusic on viola and Megan Martelle on violin. Link in bio

How excited am I to play a SHOW IN PORTLAND, MAINE?! Two of them!! ACTUAL SHOWS IN A PLACE! Sunday, Nov 8 at @mainecraftdistilling on Washington Ave! Two sets - 3pm and 7pm. Come on over and we can celebrate winning the election together. Seated, safe and distanced of course! Tickets at the link in my bio. WOO LET’S GO! #lauradern #mainecraftdistilling

Pumped on the merch that is available exclusively with a ticket to the Live From The Hive with strings stream! It’ll air worldwide on oct 29 and be available for streaming for 72 hours for ticketholders. Merch ships worldwide. Here is sizing in order, and link to grab tickets + merch is in my bio

Crazy times! My guitar strums itself! Thank you to @manicpresents and @highergroundmusic for the opportunity to play - a most special thanks to eternal icon @nekocaseofficial - it is a dream to share any stage with you. ❤️

iiiii’m pretty into the stage for the Live From The Hive global stream. A string quartet will be accompanying me, playing arrangements I wrote for a lot of LL songs. Stream airs 10/29 but archives for 72 hours for ticketholders. There’s also a bunch of brand new exclusive merch I designed up on the ticket page and the option to donate to a few non-profits that are important to me. Tickets at the link in my bio!

Excited to open for my favorite person next week in CT & VT. Ticket info on my site!

Thrilled to announce that tickets for my first ever and only global stream are now live! 10/29 - a full show lovingly filmed and engineered by the @birdtheory.xyz crew out at The Hive in midcoast Maine with bomb string players playing arrangements I wrote for 15 of my songs. I also designed some brand new exclusive merch you can add on to your ticket. Merch will also appear on the “watch page” on show night. The show will archive for 72 hours for ticketholders. $12 earlybird through Sunday and $15 from oct 5-29. This footage was filmed by Jonah Lorsung (@jonahlorsung) for an LL mini doc and features a demo with samples for my “see you” arrangement.

Excited to say that there will be one more very special LIVE FROM THE HIVE featuring a string quartet playing all new original arrangements! It will be filmed by @birdtheory.xyz for a global stream. I’ll be opening the lawn to 50 people to watch the show which will take place on SATURDAY, OCTOBER 17 on my property in Midcoast Maine. In-person tickets go on sale this TUESDAY 9/29 at 2pm ET through @undertowmusic . Head back here this Thursday for the stream announce!!