8495
Cary Brothers
{"https:\/\/94f25d5fce3d6f1478b5-8492f2475187762e2e44cf8c753691ec.ssl.cf2.rackcdn.com\/8495-3.jpg":"Heidi Ross^:^http:\/\/www.paradigmagency.com\/divisions\/artist\/index\/207^:^press photo"}
Photo:Heidi Ross
www.carybrothers.com
www.facebook.com/carybrothers
Despite the easy confusion, Cary Brothers is one guy; first name Cary, last name Brothers. Brothers likes to point this out on virtually all of his social networking sites, an important point if there ever was one. Brothers writes bona-fide indie pop music, with guitar-led songs and Brothers' own croony easy-going vocals. Many of Brothers songs have bubbled to commercial television realms, appearing in such shows as Smallville, Grey's Anatomy and One Tree Hill. Brothers' song "Ride" was remixed by trance megastar Tiesto, another of Brothers' nascent claims to fame.
FOLLOW
SHARE
FOLLOW
SHARE
0
VIDEO
Ride 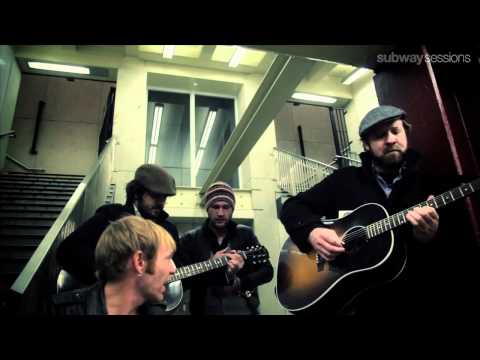 This photograph by a 20-year-old Stanley Kubrick just knocked my socks off. That’s all. Hope you’re good. #stanleykubrick

I didn’t even know this little guy 5 months ago, and now I am deeply in love. Thanks for brightening up the year, Otis. #NationalDogDay

Look! I have a forehead! After two decades of general scruffiness, I chopped off the locks! My Mom’s dream has come true. #ShortHairDontCare

Let’s protect each other. #WearAMask

Nick Cordero was one of the nicest guys you could ever meet. Smile that lit up the place. Always making people around him feel loved. I am so lucky to have known him. The world lost an extraordinary talent and giant heart today. Please hold his wife @amandakloots and little Elvis closely in your hearts tonight. ❤️

Hey, y’all! Since it’s going to be a while before I’m able to tour again, I’ve partnered up with @topeka_live to offer one on one live video sessions to play for you and hang out. You can choose single song serenades or mini concerts, and a portion of every session goes to Circles Morningside, an amazing group that helps families climb out of poverty.While making weekly meals for the homeless in Downtown LA during Covid-19, I’ve seen the harsh effects on those in need up close, so I’m incredibly happy that together we can help put some families on the right path to financial stability during this unbelievably difficult time.So I’ll play some music, have a chat with you, and lend a hand to some good people in the process. Hope to see you soon. Click link in bio for info.

Now more than ever. Keep reading, keep listening, keep growing, keep learning. And when you inevitably stumble, forgive yourself, get back on your feet, and try again. I happen to think you’re great. (Design by @markcaneso)

My boy Otis had surgery yesterday. Just upgraded him from cone of shame to neck pillow. He has resting sad face, so you have to trust me when I say that he’s smiling:)

Dear Breonna, I’m so sorry you’re not here for your 27th birthday. I’m so sorry that the system failed you and your big heart. We will work hard to make sure laws are changed to protect innocent people like you. ❤️ For those who don’t know, Breonna was a Louisville health care worker on the front lines of COVID-19, shot and killed by police officers who burst in her home unannounced after midnight on March 13th while she was sleeping, and today would have been her birthday. No charges have been filed. Celebrate her life by saying her name OUT LOUD, and then follow the link in my bio and stories for ways to help fight for justice for her very preventable murder. #breonnataylor #justiceforbreonnataylor #birthdayforbreonna

Keep sharing stories of social justice. It’s not a day of silence. It’s a day to mute the narcissism of this platform for a cause. Actively consider how you can be a better ally to your black brothers and sisters. Much love to you wherever you are.