74335
The Fest
Gainesville
https://eventseeker.com/gainesville-fl/oct-29-2021/371285332-the-fest
{"https:\/\/f0a20826c00e9d7a2251-705026f0dfbdd9ff017b1fa0935e2386.ssl.cf2.rackcdn.com\/504_c-4.jpg":"raygunb^:^http:\/\/www.flickr.com\/photos\/raygun\/2606235375\/^:^https:\/\/creativecommons.org\/licenses\/by-sa\/2.0\/deed.en"}
Photo:raygunb
tinystills.com
www.facebook.com/tinystills
A four-piece, power pop band from Los Angeles, Tiny Stills adds a touch of nostalgia to modern pop music. Known for its feel-good music and lively performances, there's little doubt that this bad deserves all the praise that it receives. Since it released its debut album, Laughing Into the Void in 2018, things have only been bright for this band. With its growing popularity, the band has earned spots in a number of prominent festivals, gradually expanding its fanbase across the seven seas.
FOLLOW
SHARE
FOLLOW
SHARE
0 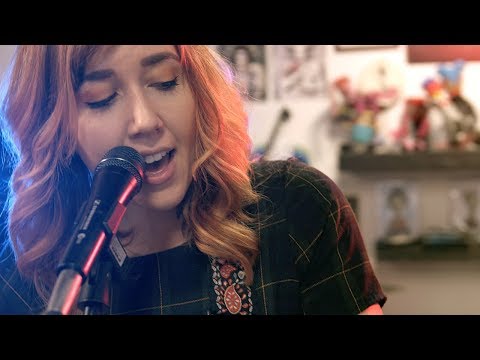 Recording laughing into the void. idk about you but I’m missing everything these days. ❤️

We live in Sacramento now- at least until LA is safer. Until then, we are going to be posting amazing family content. I feel all the feelings, but am grateful to be safe and healthy. I’ll be back, LA! Goodnight.

It’s that time of year where I get time-hops reminding me that @thefestfl is happening except this year we’re getting the fest that never was. Tune in all this weekend for streaming sets from all your favorite artists and even me on day 2. Swipe for details! Stay safe and enjoy this fest-from-home!

This is my second video thanks to @yamaha_guitars I was able to live my dream of playing sad songs on a beautiful mountaintop serving up Debbie Harry in a blazer lewks on the amazing TransAcoustic guitar. Thank you to the #yamahafgta for making me look and sound good am I a real musician yet? Don’t answer that. #transacoustic #yamahaguitar #yamahaguitars

This is a play through of our song “My Skin” on the Yamaha TransAcoustic thanks to @yamaha_guitars! It has a built in reverb without amplification and sounds ::chefs kiss:: It’s also the saddest song I’ve even written. I hope it makes you feel something. ❤️ #yamahafgta #transacoustic #yamahaguitars #yamahaguitar

Have I been watching too much dragula on netflix? Idk you tell me.

Please wish a happy birthday to @mikeondrums !! It’s his frickin birthday today and here’s a photo series I stole from his Instagram that really captures his essence. We love you mike! Happy birthday!!!!

There’s no easy way to tell you this- I’m an artist ambassador for @yamaha_guitars and with their help I made some really awesome acoustic videos with their transacoustic guitar - it has reverb and chorus built into it without any pedals and it’s been really inspiring to pick it up and have the sound instantly come to life. Y’all know I live in a tiny guest house, reverb isn’t a thing here baby! Can’t wait to share with you what I’ve been up to! #yamahaguitars#transacoustic#yamahafgta