7408
Cloud Nothings
{"https:\/\/94f25d5fce3d6f1478b5-8492f2475187762e2e44cf8c753691ec.ssl.cf2.rackcdn.com\/7408-8.jpg":"Noah Kalina^:^http:\/\/carparkrecords.com\/artists\/cloud-nothings\/^:^","https:\/\/94f25d5fce3d6f1478b5-8492f2475187762e2e44cf8c753691ec.ssl.cf2.rackcdn.com\/7408-7.jpg":"The Windish Agency^:^http:\/\/carparkrecords.com\/artists\/cloud-nothings\/^:^"}
Photo:Noah Kalina
www.cloudnothings.com
www.facebook.com/cloudnothings
Considered the king of the geeks on the music scene, Dylan Baldi is an anemic-looking young singer/songwriter with a penchant for oversized Hawaiian shirts and notorious for giving fast-talking, awkward interviews. However, when Baldi steps behind the mic for his band Cloud Nothings (which he writes/records all the music for and just recruits friends to help him out at live performances), he impresses audiences with his quirky speed garage-pop that's clearly influenced by 1990s punk rock. After signing to the Animal Collective-run label Carpark Records, Baldi began receiving tremendous buzz on the indie scene and has since built a solid fan base.
FOLLOW
SHARE
FOLLOW
SHARE
0
VIDEO
Cloud Nothings - Hey Cool Kid 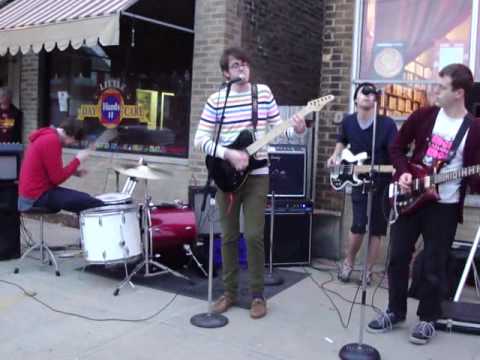 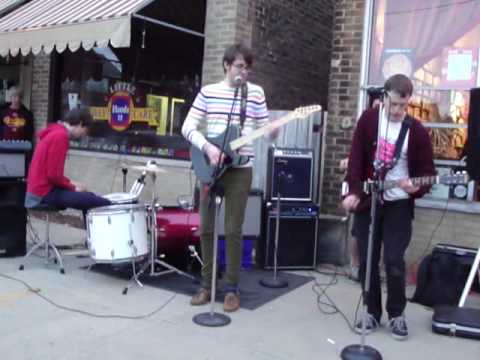 Got to see Mount Eerie/The Microphones/Phil Elverum for the 2nd time in two years. Finally picked up a copy of Sauna from the man himself... I made a joke to him about Canadian money which I think he appreciated. If someone twisted my arm and had me make a list of the best albums of the decade this would be in the top 10. The title track is especially good and will envelop and consume you in its idyllic soundscape. Great venue and his new Lost Wisdom album with Julie Doiron is very good. Bonus black Friday pickup of Pink Floyd's meddle which I was never into besides "One of these days". It is a good one too but this post is too long already so I'll leave it. #vinylcollector #mounteerie #vinyl #record #audiotechnica #nagaoka #pinkfloyd

On the way home from Seattle we stopped at Snoqualmie Falls.. which will look familiar if you've watched Twin Peaks. 10 minutes away in North Bend is the famed Double R Diner which is another location from the show... now called Twedes. Inside is recreated like the show and there's all sorts of memorabilia. Although I think the staff are tired of fans coming in and only ordering cherry pie and a "damn fine cup of coffee".

Last adventure of the summer... tore through Golden Ears with @mali202 - next time we sleep up top! Headed back to reality in a few days...

Addy's secret swimming hole giving major Stand By Me vibes. Great times on the island with (most of) the duds

Gruelling couple of days hiking around garabaldi park - summiting black tusk and panorama ridge... and then heading to Instagram (garabalidi) lake... making friends where ever we go So so sore. But so worth it.

Some jamoke unloaded their REM collection at audiopile... to my benefit. Two more first pressings for my REM collection.. all of which have been found in the wild with no help from discogs. Not expensive.. but not super common. I used to think they were boring, vanilla dad rock but I now think they are the most important indie rock band and they have become a personal favorite. Reckoning best track = so central rain. Document best = exhuming mcarthy. The personal and the political. If anyone can find/buy me a copy of Monster I'll love you forever. #defendREM #REM #vinylcollector #audiotechnica #vinyl

High falls creek because we couldn't get up early enough to find parking at tunnel bluffs... but at least we could still get up unlike the poor creature we found rip in pizza

The gang is all here !!! The National has always been a top favorite since I saw them open for my then (and still) ultimate favorite Modest Mouse and my newest obsession R.E.M. I'm Easy to Find has electronic influences like their last album as well as many notable female vocalists sharing the limelight.. Sharon Van Etten as well as Gail Ann Dorsey stand out. Hard not to compare this album to Vampire Weekend's which had many duets.. IETF feels more fleshed out and fully realized as the main trademarks of the National are still there.. notably the excellent drumming and cryptic self reflective lyrics. The National will always be divorced dad-core. Ps If you can find first pressings of the first two LPs in the wild let me know!! Best tracks - Not in Kansas, Rylan, Where is Her Head #thenational #audiotechnica #nowlistening #vinylcollector #vinyl #4AD