{"https:\/\/94f25d5fce3d6f1478b5-8492f2475187762e2e44cf8c753691ec.ssl.cf2.rackcdn.com\/7380-1.jpg":"Tabercil^:^https:\/\/commons.wikimedia.org\/wiki\/File:Finger_Eleven_2014_01.jpg^:^https:\/\/creativecommons.org\/licenses\/by-sa\/3.0"}
Photo:Tabercil
fingereleven.com
www.facebook.com/FingerEleven
A group of Ontario, Canada high school students decided to form a rock band in 1989 and they dubbed themselves The Rainbow Butt Monkeys. Luckily, after graduation, the five young men matured slightly and changed their band name to Finger Eleven. Since then, the group has honed an alternative post-grunge sound heavily tinged with funk and metal. Finger Eleven quickly rose to prominence in its native Canada, winning the Juno Award for Best Rock Album in 2008, then landing in the Top 10 on the US Rock Charts. The group has had songs featured on multiple television shows and commercials and has recently come off a world tour opening for Kid Rock.
FOLLOW
SHARE
FOLLOW
SHARE
0
VIDEO
finger eleven - falling on - music video 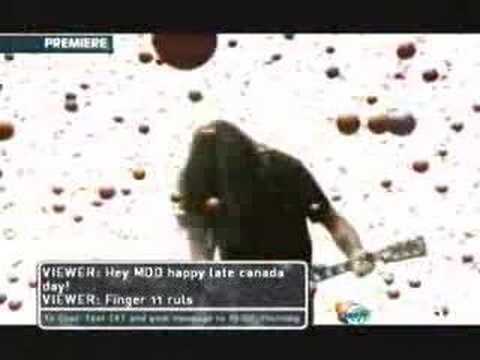 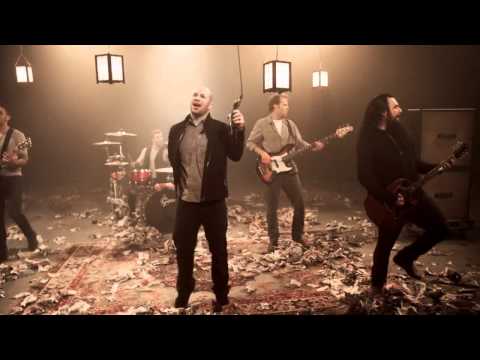 Thank you Toronto! We had a blast being a part of @949therock’s Unsilent Night! Up next - Ottawa on December 14 at @bronsoncentremusictheatre! Great shots by @rangilphoto!

Wow! Thank you to all that listened and to @spotify & @spotifycanada for a wonderful year! What will #2020 bring? New music?

Ottawa! We're stoked to have @quietcrimes join us for our show at @bronsoncentremusictheatre on December 14! Have you grabbed your tickets to The Biggs & Barr Holiday Giv'er yet? Get them at Ticketweb.ca!

What a way to start the weekend! Thank you to everyone who came out to the sold out show at Maxwell's last night. We can’t wait to come back to Kitchener! Or was it Waterloo?? Super fun to dive into some Greyest of Blue Skies deep cuts. I think we should do more of that? Hmmm... maybe next year? - Scott

HEY BRANTFORD! A second acoustic show has been added on January 11 at @theropefactory! Looking forward to these two special nights! Tickets are on sale now at brantford.snapd.com

We’ll be doing an intimate acoustic set at @theropefactory in Brantford on January 10 for @wtfestca Concert Series! Only 150 tickets available for this, and they go on sale this Friday at noon!

PRE-SALE ON NOW! A limited amount of $10.61 tickets are available today only for the Biggs & Barr Holiday Giv'er on December 14 at @bronsoncentremusictheatre! Get yours before they're gone at Ticketweb.ca

TORONTO - We couldn't wait to announce this one! We're back at @thephoenixtoronto on December 7 for @949therock Craig Venn & Lucky's Unsilent Night with @headstonesofficial! Get in on the pre-sale on October 17 from 10 AM-10 PM!

NEW SHOW ANNOUNCE! We're coming to Maxwell's on November 22! Get ready Waterloo! Tickets go on sale this Friday at 10 AM.

A few weeks ago, Scott had the privilege of contributing to a very special project alongside many other great Canadian artists. We’re thrilled to take part in #ArtistsforSudan with a reimagining of @u2’s "Sunday Bloody Sunday” to raise awareness of the crisis in #Sudan. The country rests on a precipice of democracy and dictatorship. Let’s use the #powerofmusic to help the people towards freedom. Listen/download: https://lnk.to/artistsforsudan. Link in bio @warnermusiccanada #StandwithSudan #MakeMusicMatter