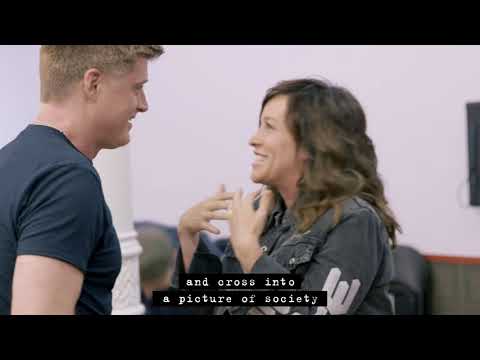 ✨Now available!✨ @alanis and Diablo Cody take you behind-the-scenes in their #JaggedLittleBroadway book—full of everything you oughta know about Jagged Little Pill's journey to Broadway. Get yours now at the link in bio.

Let’s give thanks together.

For one night only—and for the first time in nearly 10 months— our #JaggedLittleBroadway cast is reuniting for a live performance in New York City, streaming straight into your living room.

We’re indebted to the organizers, activists, and grassroots organizations who made this result a hope-filled reality. Now the work begins.

Enter to win a copy of this iconic #JaggedLittleBroadway hardcover—full of behind-the-scenes photographs, in-depth interviews, and an introduction from @Alanis on the album’s genesis and journey to Broadway. You could be one of five winners! Enter at link in bio. ✨

In honor of tonight's presidential debate, rock out to #JaggedLittleBroadway's performance as they come together in support of hope over fear, fact over fiction, and fairness over privilege.

First it was a cult classic album. Then a musical. Now, it’s a behind-the-scenes, tell-all book featuring writing from Diabo Cody, interviews with our creative team and cast, a full annotated libretto, and an introspective journey into @alanis and #JaggedLittleBroadway’s path to Broadway. Pre-order the book before it’s released on November 10! Link in bio.

#JaggedLittleBroadway is thrilled to receive 15 #TonyAward nominations, including Best Musical! Thank you to our incredible cast, crew, band, and creative team for always leading with your heart and embracing every ounce of human-ness—these honors are yours.