7054
Mr. Gnome
{"https:\/\/94f25d5fce3d6f1478b5-8492f2475187762e2e44cf8c753691ec.ssl.cf2.rackcdn.com\/7054-1.jpg":"Terrorbird Media^:^http:\/\/terrorbird.com\/album\/madness-miniature^:^"}
Photo:Terrorbird Media
www.mrgnome.com
www.facebook.com/mrgnomemusic
After Nicole Barille and Sam Meister's basement-rock band broke up, they decided to carry on and make music as a duo. Keeping the lo-fi sonic aesthetics of their old project, they formed the garage rock outfit Mr. Gnome. With aggressive instrumentals and dainty vocals, the duo creates rock and roll with a defined masculine vs feminine juxtaposition. Mr. Gnome released its debut LP Deliver this Creature, in 2008 and has since been acclaimed for its ethereal but hard-hitting sound.
FOLLOW
SHARE
FOLLOW
SHARE
0
VIDEO
Interview with Mr. Gnome - Part 2 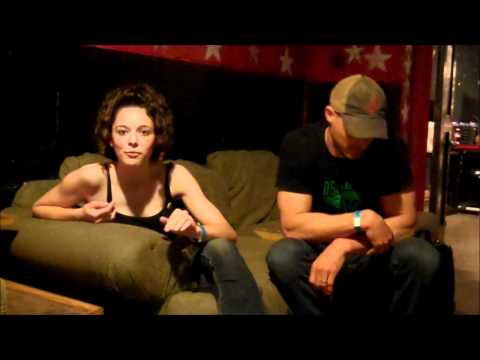 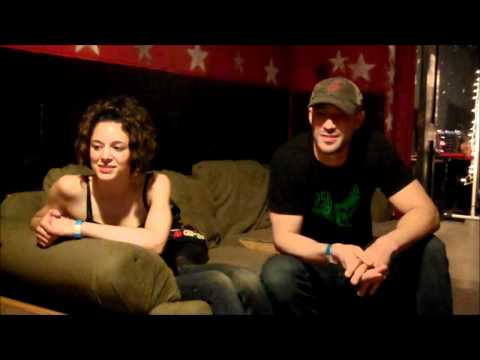 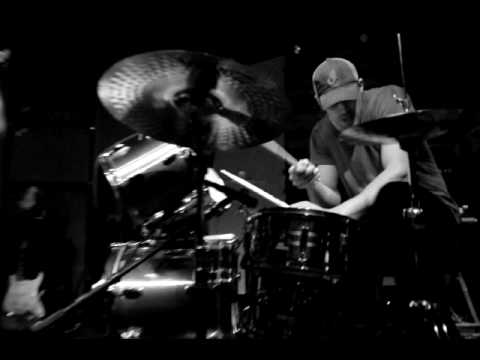 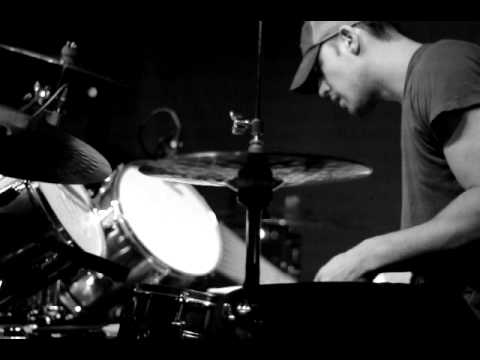 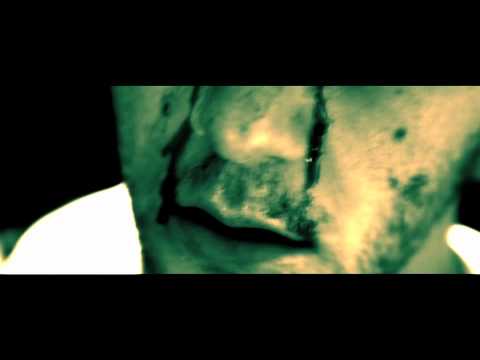 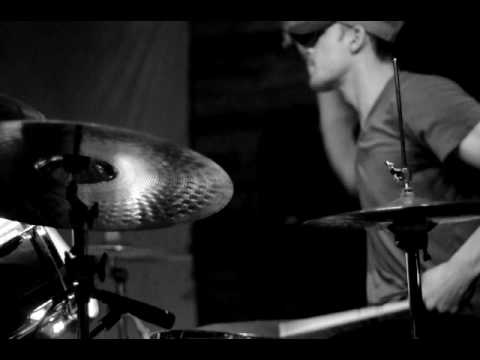 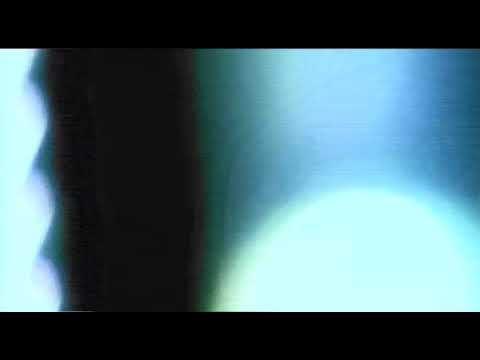 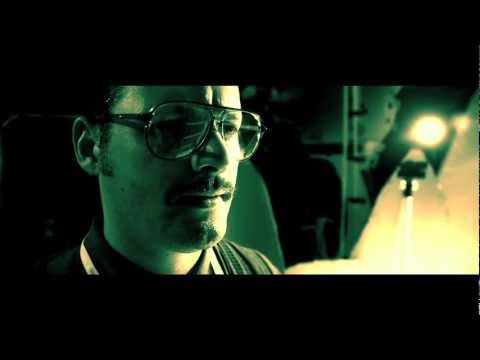 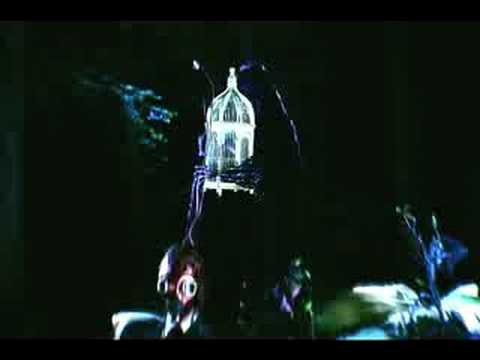 Hiya!As most of you know, we do all of our own artwork/photos/videos. We've received a lot of messages over the years from you guys and gals asking us to do your album art, photos, and videos, but have never been able to because of our busy touring schedule. Since we have a little downtime at the moment and aren't able to tour right now, we are temporarily accepting submissions for commissioned artwork, album art, photography and videos. If this is something you're interested in having us do for you, please head over to our website's contact page and send us a message:https://www.mrgnome.com/contact/We'd love to hear from you!#mrgnome #albumart #photography #videos

Last September my father suddenly and unexpectedly passed away. I remember sitting by his bedside in the hospital with all sorts of intense emotions and thoughts, but one thing kept bouncing around in my mind more than any other. Being the youngest child in the family and being a bit career obsessed, I had yet to have any children. We always had an excuse… album release, tour, studio time, repeat. In fact, we were in the middle of setting up our winter tour with plans for a spring album release as I sat next to him thinking, he'll never get to meet my kids, they'll never get to call him Papa. It was a terribly empty feeling. He was an amazing grandfather to my nieces and nephews, and it made me sad to think he'll never get to be that for my family. Well, I think my dad was listening to me in the hospital that night. Two weeks after we said goodbye to him, I woke up with a funny feeling. At first we chalked it up to depression, but soon came to realize it was anything but. I was pregnant. Quite the surprise because we weren't even trying to have a baby. And even more of a gift because I realized my baby was with me in the hospital at my dad's bedside. While all the other grandchildren got to experience the greatness of my father, my son was the only grandchild who got to be with him as he said goodbye. I truly believe he is a gift from my father. We wanted to share this story and a picture of me with our little one, and let you all know we miss you, we miss the road, and we miss sharing our art and music with you. This time for us has been one of great sadness and now great joy as we start our new family. mr. Gnome is far from done. We have a new album and tour plans all set to go, but have to wait until this bun is done cooking and ready to be our lil road dog. In the meantime, your support means the world to us and we thank you for all of the kind emails and love we've been receiving. They really mean so much to us. Can't wait to catch back up with all of you. Photo by Sam MeisterSet Design and Wardrobe by Sam Meister & Barb Meister #mrgnome

#tbt Continuing the celebration of Deliver This Creature’s 10 year anniversary this week with some behind the scenes pics of our first video ever, Night of the Crickets, back in 2008. Photos by the amazing Sondra Kelly @sondrakellyphoto This music video was shot over a few weekends in Cleveland, Ohio with the help of friends and family! @ifthesetreescouldtalk drummer, Zack Kelly, was cameraman extraordinaire, costumes were done by the fantastic Barb Meister, and the video was directed and edited by Sam Meister. Tons of fun! Can’t believe it’s been a decade! Check it out on our YouTube page: youtube.com/mrgnomevideos if you’re feeling nostalgic. Love you guys! #mrgnome #nightofthecrickets #deliverthiscreature #ifthesetreescouldtalk #zackkelly #sondrakelly

Our debut full-length release, Deliver this Creature, turns 10 years old this week! This album was written while we traversed the United States touring from one city to the next, playing shows to small crowds, living out of our van and sleeping on family and friend's couches on the west coast. We spent most of our time between Portland and San Diego. We had two practice spots, one in Escondido and the other in downtown Portland. We wrote what turned out to be some of our first fan favorites in these two spaces. Escondido helped us produce "Night of the Crickets," while "Pirates" was born in Portland. The culmination of writing and the road finally led us to Jackpot Studios in Portland, Oregon with Kendra Lynn, and Wavelab Studios in Tucson, Arizona with Chris Schultz, where we recorded what would end up being called, Deliver this Creature. Mixing was done by the wonderful, Beau Sorenson at Smart Studios in Madison, Wisconsin.We had nothing to lose on this record and set out to share the weirdness of mr. Gnome with the world! We were very flattered when Spin Magazine, Rolling Stone, and Pitchfork accepted our weirdness, but we were especially happy when you, our fans started to become so interested and involved in our world of art and music. Thank you to all of you who started on this long road with us way back then, and thank you to all of you who have come along since then! It's because of you guys that we get to keep making our art. To all the fans of DTC, we've dug deep into our archives and have a few very limited, very special records available for you at our store. For a limited time we have.... • Signed 1st Pressing on Black Vinyl in gatefold jackets (limited to 15 copies)• Deliver This Creature Test Pressing (limited to 2 copies)• Deliver This Creature Blue Vinyl for only $10Thanks again to all of you, and we can't wait to see you all very soon!!! Love,Nicole & Sam - mr. Gnome#mrgnome #deliverthiscreature #10yearanniversary #jackpotstudios #wavelabstudios

Thanks everyone for all of your love on this poster! We went old school and picked the winner randomly out of our lovely @accidentalcomedy hat! We just sent a DM to the winner so please check your messages! Thanks so much for entering! There are still some of these posters left at our store and we’re signing them all week upon request ❤️ #mrgnome #houseofcircles #powerhousefactories #accidentalcomedy

We’re giving away one of these limited edition, “House of Circles” posters TODAY! Repost this picture with #mrgnomeposter in order to enter for your chance to win! The winner will be chosen randomly and notified via private message! Also, we are signing posters all week upon request when you order one over at our store: mrgnome.bigcartel.com#mrgnome #giveaway #houseofcircles #powerhousefactories

We just got these BEAUTIFUL, limited-edition, “House of Circles” screen printed posters designed and printed by @powerhousefactories ! These posters are handmade and limited to 100 prints, signed & numbered by the artist. They’re going fast so get em while they last over at our store: mrgnome.bigcartel.com If you order them this week, we’ll sign them upon request! #mrgnome #powerhousefactories #houseofcircles #screenprintedposter #limitededition

#fbf to us recording “House of Circles” at Pink Duck Studios with our great friend & main man, Justin Smith, back in September of 2010. We just released a new limited-edition pressing of Madness in Miniature available over at our store! This latest pressing is limited to 500 and comes in “clear beer yellow.” mrgnome.bigcartel.com#mrgnome #houseofcircles #pinkduckstudios #justinsmith #madnessinminiature