{"https:\/\/f0a20826c00e9d7a2251-705026f0dfbdd9ff017b1fa0935e2386.ssl.cf2.rackcdn.com\/515_c-25.jpg":"\u7b28\u7b28\u7684\u5c0fB^:^http:\/\/www.flickr.com\/photos\/ybite\/487903373\/^:^https:\/\/creativecommons.org\/licenses\/by-sa\/2.0"}
Photo:笨笨的小B
www.ainttooproudmusical.com
www.facebook.com/AintTooProudMusical
Celebrating the life of the '60s soul group - The Temptations, Ain't Too Proud opened at the Berkeley Rep Theater in 2017. It broke house records at The Kennedy Center in DC and Berkeley Rep. The story follows the Temptations from its early days to its glory days, through personal turmoils and political conflicts. Based on a book by Dominique Morisseau, Ain't Too Proud packs a punch with the Temptations' hits like "Don't Look Back," "I Wish It Would Rain," "Cloud Nine," "My Girl" and "Ain't Too Proud to Beg." Having impressed audiences in The US as well as Canada, this musical made its Broadway debut in February 2019.
FOLLOW
SHARE
FOLLOW
SHARE
0 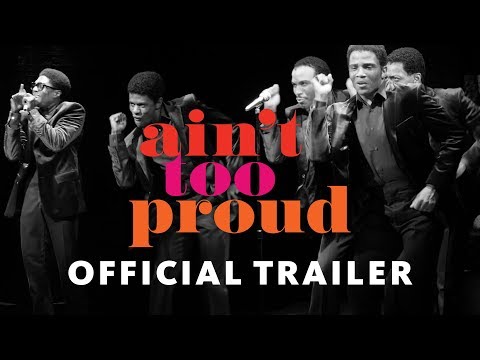 The men with all the moves! @EphSykes brings the classic David Ruffin swagger to life on our stage.

Our choreographer, @SergioTrujillo1 is back with another edition of #AintTooProudToDance! We’re continuing to learn some of the moves from our show’s finale, “I Can’t Get Next to You.”

@TheTemptations are looking fine on the cover of their 50th Anniversary: The Singles Collection album. Does anybody own a copy?

Cheers to the @AintTooProudMusical fam.

On this date in 1969, “I Can’t Get Next to You” became the number-one single on the @Billboard Top Pop Singles chart where it sat for two straight weeks.

Our own Otis Williams, @Derrick.Baskin, next to the man himself!

Ladies and gentlemen…. may we introduce to you, the @AintTooProudMusical #BroadwayBowlingLeague team, the BALLS OF CONFUSION!