63177
Dead Boys
{"https:\/\/f0a20826c00e9d7a2251-705026f0dfbdd9ff017b1fa0935e2386.ssl.cf2.rackcdn.com\/503_c-1.jpg":"jbhthescots^:^http:\/\/www.flickr.com\/photos\/jbhthescots\/6605617895\/^:^https:\/\/creativecommons.org\/licenses\/by-nd\/2.0"}
Photo:jbhthescots
www.facebook.com/deadboysofficial
Founded in 1976, the Dead Boys are a punk band from Cleveland, Ohio that built a reputation as one of the more violent and rowdy punk bands of the 1970s. Formed by vocalist Stiv Bators and guitarist Cheetah Chrome, the Dead Boys helped pioneer American punk rock. Though the group has had an intermittent existence with band members dying and frequent break ups, in 2017 the group reunited for a 40th anniversary tour and to release a new album dubbed Still Snotty: Young, Loud and Snotty at 40.
FOLLOW
SHARE
FOLLOW
SHARE
0
VIDEO 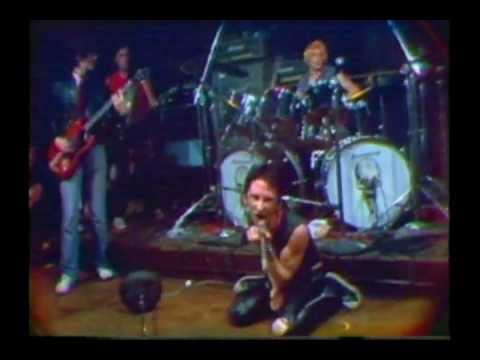 FOR IMMEDIATE RELEASE:June 10, 2019 Nashville, TNThe Dead Boys regret to announce that the Euro tour June 14 - 29 is being cancelled due to health reasons. Cheetah Chrome was hospitalized this morning for ongoing complications from injuries he sustained during a show on May 24 in Santa Ana, CA. Cheetah’s injuries included facial lacerations and hand, hip and leg injuries. The injuries left Cheetah in acute pain and the pain has continued to worsen leaving Cheetah with no other choice then to be hospitalized to better deal with the injuries.Please contact advance ticket outlets if you have purchased an advance ticket for any of the Euro Tour shows for refund.Please contact Need More Management @ envoy@comcast.net for further information.