60906
Pillow Queens
{"https:\/\/f0a20826c00e9d7a2251-705026f0dfbdd9ff017b1fa0935e2386.ssl.cf2.rackcdn.com\/503_c-6.jpg":"Sarai | Fotography^:^http:\/\/www.flickr.com\/photos\/wingsofahero\/3397382717\/^:^https:\/\/creativecommons.org\/licenses\/by\/2.0\/deed.en"}
Photo:Sarai | Fotography
pillowqueens.com
www.facebook.com/pillowqueens
Cathy McGuinness, Rachel Lyons, Pamela Connolly and Sarah Corcoran first crossed paths with each other on a baseball court in Dublin. The year was 2006. Since then, they've come to be collectively known as Pillow Queens - a band known for its fun, fuss-free music. Its 2016 debut EP, Calm Girls, which dealt with issues like crisis and feelings of dejection, helped them gain a fanbase which has stayed solid over the years. Staying true to its roots the band channels the sound of each member's childhood influences into its sound. Since the release of its debut album, Gay Girls, the band has headlined multiple shows and performed at prestigious music festivals.
FOLLOW
SHARE
FOLLOW
SHARE
0
VIDEO
Wonderboys 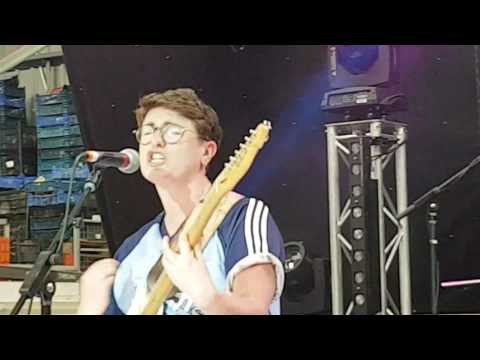 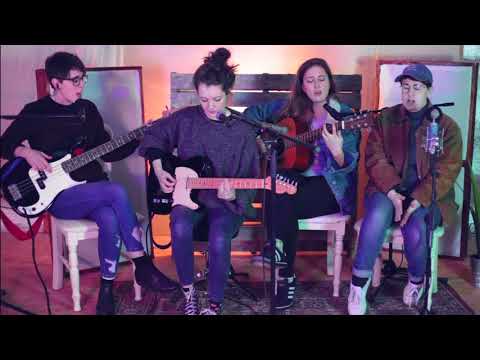 Delighted to be on @nmemagazine’s #nme100 essential artists for 2020. 'Soothing, woozy indie full of chugging guitars and layered with a shoegaze sheen.' No pressure then lads let's do this.

Well lads that was some year. Highlights include @gcnmag putting us on their cover, being nominated for a @choiceprize for gay girls, winning the @irishtatler women of the year award, opening for @twodoorcinemaclub at the Olympia for two nights, touring Europe ina double decker bus with our besties in @soaksoaksoak, playing to packed stages at @alltogethernow.ie, @epfestival @saltydogstage, @forbiddenfruitfestival, @bodyandsoulirl, playing @icelandairwaves, getting to go to New York and L.A for the first time thanks to @musicfromireland and @cultureireland, recording our debut album with @atticaaudio and getting the chance to play the most fun gigs to the loveliest audiences. We have so many people to thank but special mention to @angeladorgan, @ciaramcmullanphotography, @caatdolan, @andre_shoots, @hankearlsdad, @nialler9, @simonzirl, @thelastmixedtape, @prescription_pr, @worldcafe, @louisemcsharry, @tarastewartdj, @theirishjampresents, @totallyirish98fm, @kexp and everyone who helped us this year. Expect loads more from us in 2020 - the year of the rat and the year we drop our album. We can’t wait.

Happy New Year from Pillow Queens! 2020 will be our biggest year yet - we can’t wait to share our album with you. Huge thanks to everyone who packed our Dublin show to capacity last night it was really special. See you all v soon xox PQ .

Our NYE gig in Dublin is sold out. Album coming out in 2020. Seeyiz soon. Photo by @vanessaifediora

Haven’t a jayzis clue what to get your loved ones for Christmas? How about one of these beauties?! http://pillowqueens.com/merch/ xox

Down to the last 70 tickets for New Year’s Eve at the Workmans. Get on it! Ticket link in bio! ....Photo by sarah hence why she’s not in any of them xox

We might kick sarah out of the band so we can use this for all future promo. Come see us play all our new songs and play a shifting anthem at midnight on December 31st and help us welcome in 2020, the year of our album. Tickets on sale now and moving so act fast! And remember, ni théann cuileog san mbéal a bhíos dúnta. xox link in bio xox

Tickets selling fast for our New Year’s Eve gig in Dublin. It’s gonna be a special one! Link in bio.