{"https:\/\/94f25d5fce3d6f1478b5-8492f2475187762e2e44cf8c753691ec.ssl.cf2.rackcdn.com\/58589-3.jpg":"Universal Music Group^:^^:^"}
Photo:Universal Music Group
www.billieeilish.com
www.facebook.com/billieeilish
Bille Eilish, is an alternative pop musician from Los Angeles who released her first single, "Ocean Eyes," in 2015 when she was 14 years old. Following the success of this viral hit, her EP Don't Smile At Me, was released in 2017. Continuing to build momentum and an ever growing fan base on the strength of her engrossing, well-produced songs, Eilish released her debut LP, When We All Fall Asleep, Where Do We Go?, to universal praise in 2019.
FOLLOW
SHARE
FOLLOW
SHARE
0 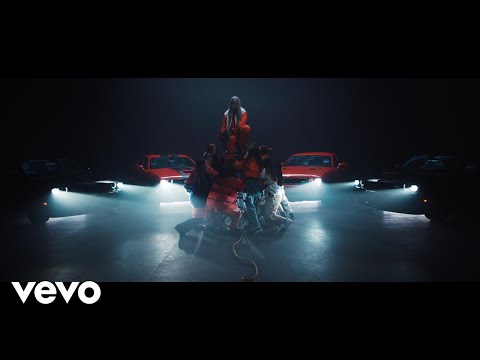 last night was the opening night of “THE BILLIE EILISH EXPERIENCE” a museum/exhibit curated and designed by me. OPEN ALL WEEKEND IF YOU RSVP’Da room dedicated to each song off my album. 6 or so months ago i came to my team with the idea to basically create a museum for “when we all fall asleep, where do we go?” i wanted to create a space in which i could really show you the way i see things. as well as let you hear the album with a good sound system and in an atmosphere that was exactly what it needed to be without anyone having to pay. i have incredibly intense synesthesia that plays a roll in every aspect of my life and is the reason i create what i create. every room in the space is made for you to experience it the way i do. each room has its own color, temperature, smell, texture, shape, number, and texture... just as everything in my head does.i really still cant believe we made this actually happen.. its thanks to so so so so so many amazing amazing people and @spotify. sometimes i can’t breathe if i think too much about the things that are happening around me. im in love with my life a little, and half the time im terrified ill wake up and it will all be gone.i love you all. thank you for believing in me. mainly, this is just a post thanking everyone for coming and for allowing me to literally let my dreams come to life. i’ll post what each room looks like very soon so if you cant make it to the space you’ll still see it... thank you

OUT NOW ON ALL PLATFORMS “WHEN WE ALL FALL ASLEEP, WHERE DO WE GO?” MY DEBUT ALBUM. MY BABY. MY CHILD. this album is the world to me please take care of it.