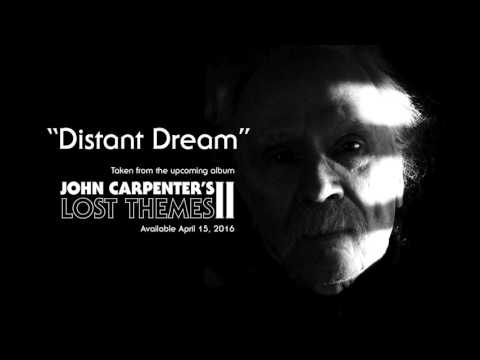 @daniel_davies has a new solo album called ‘Signals,’ out 2/28 on @sacredbones! You can preorder it on their website and listen to the song “Phantom Waltz” wherever you stream music.

Be sure to check out the new TV series "October Faction" based on the graphic novel written by my buddy Steve Niles. Set to premiere on Netflix - January 23, 2020. Don't miss it!

I just stumbled across one of the ORIGINAL press kits & the widescreen DVD version of my movie "Prince Of Darkness." What's your favorite scene in the movie?

Signed, sealed, and ready to be delivered. You can now get an official CGC graded copy of my comic - THE JOKER: YEAR OF THE VILLAIN at www.stormkingproductionsstore.com

On this day in 1983, a ferocious 1958 Plymouth Fury came into our lives, and her name was Christine. Where were you when you first saw her on the big screen?

I am elated to bring you my latest series of comics - Storm KidsIssue 1 is called Monica Bleue: A Werewolf Story Written by Steve NilesLettering by @thejanicechiangCover art by Damien WormBe sure to follow @stormkingcomics for all the latest news and events.

Today is the official release day for the Big Trouble in Little China box set on @sacredbones and @shoutfactory! Get it from either one of their websites, each with an exclusive vinyl color!

We have officially SOLDOUT of our Live Retrospective Tour tote bags.

Marnie Young, an executive assistant in San Diego, is a sweet girl who wouldn’t hurt a fly. She’s also super lonely. But one night, without warning, Marnie has a violent seizure; co-workers recoil in horror as she writhes on the floor. Two days later, Marnie wakes up in a hospital room. As her vision comes into focus, she sees 17 doctors and nurses dead on the floor, blood splattered everywhere.Soon she discovers the shocking truth: Marnie has become lethal, and everyone who comes within three feet of her dies instantly! Which is really going to mess up her dating life (if she had one). Is there a cure? Will anyone ever get close enough to find out?Story by: @swierczyArt by: @art_jasonfelixLettering by: @thejanicechiangEdited by: @stormkingskcCovers by: @tim.bradstreetTrailer by: @iamtweezy904 #comicbookstrailers #graphicnovels #comicbooks #redhead

Here's a teaser trailer from my latest "Tales Of Science Fiction" comic REDHEAD,written by @swierczy Artwork by @art_jasonfelixMarnie Young, an executive assistant in San Diego, is a super sweet girl who wouldn't hurt a fly. She's also super lonely. But one night, without warning, Marnie has a violent seizure; co-workers recoil in horror as she writhes the floor. Two days later, Marine wakes up in the hospital. As her vision comes into focus, she sees 17 doctors and nurses dead on the floor, blood-splattered everywhere. She soon discovers the shocking truth: Marnie has become lethal, and anyone who comes within three feet of her dies instantly! Which is really going to mess up her dating life ( if she had one). Is there a cure? Will anyone ever get close enough to find out?Follow @stormkingcomics for the latest news and updates.Trailer by: @iamtweezy904