54926
Yumi Zouma
Rickshaw Stop
https://eventseeker.com/san-francisco/mar-24-2020/380829030-yumi-zouma
{"https:\/\/94f25d5fce3d6f1478b5-8492f2475187762e2e44cf8c753691ec.ssl.cf2.rackcdn.com\/54926-1.jpeg":"Yumi Zouma^:^^:^"}
Photo:Yumi Zouma
www.yumizouma.com
www.facebook.com/YumiZouma
Yumi Zouma is an alternative pop group from New Zealand that was founded in 2013. With a unique sound that blends elements of dream pop with adept electronic production, the group released its well-received self-titled debut EP in 2014. Having since released additional material, Yumi Zouma has endeared itself as one of New Zealand's more beloved bands.
FOLLOW
SHARE
FOLLOW
SHARE
0 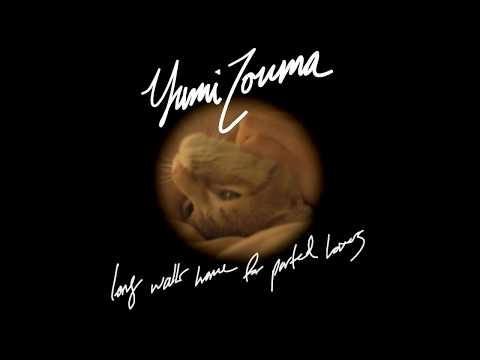 for when I really have my head straight — a playlist to continue the mood of ‘Right Track / Wrong Man’ – curated by us. listen now on @spotify

a little side note from the single promo: this post is for all of you who voted Labour in the UK – THANK YOU – even if it wasn’t a victory – it is still so important to vote and we are so glad you did. 1/4 of us is in England but even if none of us were there, the political state of the world really isn’t an isolated thing anymore – it affects us all. my head and heart is with all our lovely fans in the UK today. if you voted Tory you should really have a good think about yourself and unfollow us while you’re at it! the rest of you – take care of yourselves out there. love Christie x

thank you for all the love so far – we couldn’t be more excited, or proud, to have brought you this new tune with the help of the lovely people at Polyvinyl Records. as the holiday season descends and the decade draws to a close, this song is our gift to you all – as we couldn’t have made it to where we are today without all your love and support. we also want to thank a few people for their part in making this single a reality: our manager @lindsaymusic, @polyvinylrecords (special mention to Seth, Rob, Andy and Janelle for all your hard work), @inertiamusic for taking the reins in AUS/NZ, @mordecaimoroh for making us sound amazing, Shawn at @audibleoddities for your masterful mastering, @lorenzofanton for the beautiful type design, @thereal.kloseout.ifeel for your appearance on the artwork, @jackshepherd___ for your beautiful footage, and @aaronleephotography for this amazing shot of us. I want to thank my bandmates the most – Charlie, Josh and Olivia, the three greatest and most hard-working people I’ve ever met. more to come in 2020 but for now, enjoy – and take care of one another.love always —Christie x

introducing ‘Right Track / Wrong Man’ – our newest single, out now everywhere on @polyvinylrecords and @inertiamusic. we hope you love this one – much love, Yumi Zouma x

I’ll leave the lightness for the long days

something coming for you soon. we can’t tell you about it yet but here’s a lovely shot of Olivia to get you excited