53252
Dirtybird Campout
Modesto Reservoir Regional Park
https://eventseeker.com/la-grange-ca/oct-15-2021/408765115-dirtybird-campout
{"https:\/\/94f25d5fce3d6f1478b5-8492f2475187762e2e44cf8c753691ec.ssl.cf2.rackcdn.com\/53252-1.jpg":"AM Only^:^http:\/\/www.amonly.com\/artist\/justin-jay\/^:^"}
Photo:AM Only
justinjaymusic.com
www.facebook.com/justinjayofficial
Despite studying classical piano as a child, Justin Jay turned to electronic music composition after hearing Daft Punk's seminal album, Discovery. He first earned recognition in 2010 when he won a DJ Mag-sponsored contest, and he was subsequently invited to play a series of major events, including the DJ Mag Top 100 Party, though was too young to legally attend. Jay has since honed his deep house sound with an apprenticeship at Atlantic Records under DJ Frank E and a steady schedule of underground parties.
FOLLOW
SHARE
FOLLOW
SHARE
0 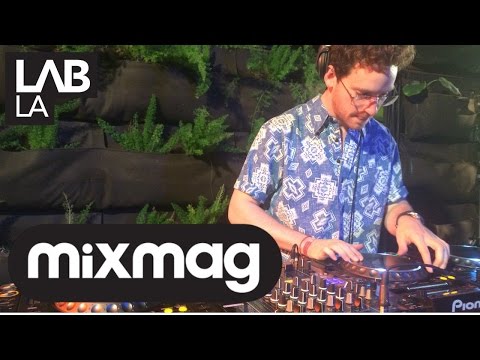 So cool that I don’t need to dress up for Halloween anymore! Doing a live stream tn from 6-9pm pst w @danny_goliger

Made a dubby introspective deep house groover with @krywald_and_farrer! Part of my @shallnotfade ep. Sending ya good vibes thru the spooky Halloween weekend ✌

@danny_goliger made an ep by sampling his home appliances.

Yayy Oli & Ben r on the radio!!! @charliehedgesdj played stay with me on @bbcradio1 and remixed the song live on air hehe

YO! Meet @ojstar888, he’s an unbelievable singer/songwriter/human and can twirl like no other... he made this beautiful song with @benny_bridges called “stay with me”. It’s OUT NOW so plz plz plz listen because it’s sooo good and I’m obsessed lol. Hit the bio ASAP

It’s the craziest thing to me when I meet an artist who sets out to create their own genre of music. @openeyestheboyphoenix has been combining jazz and electronic production in a way that couldn’t be more fresh, unique, chaotic and honestly ground breaking. His new song “neon groceries ft. @henryrsolomon” is out now :)-

This silly lil record label which began from dorm room jam sessions and back yard house parties turns 4 years old this month! Celebrating with a lil FV tribute set tn on @dirtybirdlive. Joined by the homies @rntnl + @keystone_music_ @minisants (who have an awesome new tune coming out on Monday!) Much love to everyone who’s been on this journey with us - insanely dope artists, delightful label team, and all the amazing homies who hold it down on the dancefloors both virtual and irl. Luv u all so much

First song off my Lost Palms EP is out now! It’s called “Where Didya Come From?”