52568
Lucy Hale
{"https:\/\/f0a20826c00e9d7a2251-705026f0dfbdd9ff017b1fa0935e2386.ssl.cf2.rackcdn.com\/504_c-2.jpg":"Michael Spencer^:^http:\/\/www.flickr.com\/photos\/michaelspencer\/4085248148^:^https:\/\/creativecommons.org\/licenses\/by\/2.0\/"}
Photo:Michael Spencer
www.lucyhale.com
www.facebook.com/LucyHale
Lucy Hale is a singer and actress who might best be known for her role on the American television series Pretty Little Liars. Born and raised in Memphis, Tennessee, Hale went on to appear as a contestant on the reality talent competition American Juniors in 2003. Though she didn't win, the attention prompted her to move out to Los Angeles at the age of 15 to seek a career in showbiz. After picking up a number of bit roles in TV shows, she landed a lead role in Pretty Little Liars in 2009. Though she is able to sustain herself with an acting career, Hale's first love is singing and in 2014 she was able to realize her dream of releasing her debut album, Road Between.
FOLLOW
SHARE
FOLLOW
SHARE
0
VIDEO
Nervous Girls 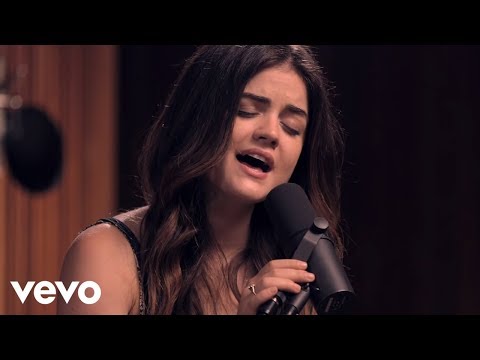 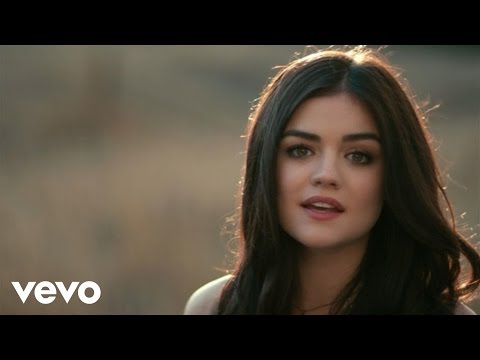 The time is now to take action, get informed, and discover your options. I take pride in being a woman who makes her own decisions and I hope I can encourage others to choose what's right for them. After talking to my doctor, the right choice for me was a Kyleena® IUD (levonorgestrel-releasing intrauterine system) 19.5mg I encourage you to act now by talking to your women's healthcare professional about your options, and see if a Kyleena IUD is right for you. Learn more at the link in bio! (#tbt to the dark hair days!) #BayerPartner⁣⁣⁣Rx only. IUD = Intrauterine Device. Lucy is a Kyleena user and has been compensated for her time. Individual experience may vary.⁣Intended for US audiences only.⁣PP-PF-WHC-IUS-US-1043-1

It’s as easy as that! (Jk this took me 14 tries and a lot of loose powder later) ♥️ Follow @Almay and enter our giveaway to win all my favorite @almay fall products

Animals are more than pets – they are family. Only about 10% of domestic violence shelters in the United States accept pets, leaving victims of domestic abuse without safe places to escape to with an important part of their support system. I'm honored to partner with @purina and @redroverorg to change that through the Purple Leash Project. (AD) The #PurpleLeashProject aims to convert existing domestic violence shelters so that they can become pet-friendly, because no one should ever have to choose between leaving a toxic environment and leaving their pet behind. In honor of #DomesticViolenceAwarenessMonth and today being #PurpleThursday, visit www.purpleleashproject.com to learn more and see how you can take the lead and contribute.

HAPPY 30th birthday to my very best friend, confidante, soul sister, biggest supporter and absolute favorite human. Over 12 years of friendship, Through amazing times, travels, heartbreaks, failures, changing routes in life, disagreements, moves, putting up with each others shit & all the beautiful moments in between...our soul connection is something that has never wavered. I am so proud of how much work you’ve put into yourself this year. Seeing you blossom into the greatest version of yourself has been the best gift to watch. You inspire me every single day & there isn’t anything in the world I wouldn’t do for you. I love you, support you and always have your back. Except when we are paddle boarding and you get lost at sea, then you’re on your own. (see pic 6)