52134
Waterstrider
{"https:\/\/94f25d5fce3d6f1478b5-8492f2475187762e2e44cf8c753691ec.ssl.cf2.rackcdn.com\/52134-1.jpg":"Waterstrider^:^https:\/\/www.sonicbids.com\/band\/waterstrider\/^:^"}
Photo:Waterstrider
www.facebook.com/waterstridermusic
Waterstrider is an indie folk outfit that emerged out of the co-ops in Berkeley, California in 2009. Led by the falsetto vocals of Nate Salman, the group borrows elements of afrobeat and indie pop to craft a sound that is both melancholic and uplifting. Waterstrider released its first EP, Constellation, in 2011.
FOLLOW
SHARE
FOLLOW
SHARE
0
VIDEO
Midnight Moon 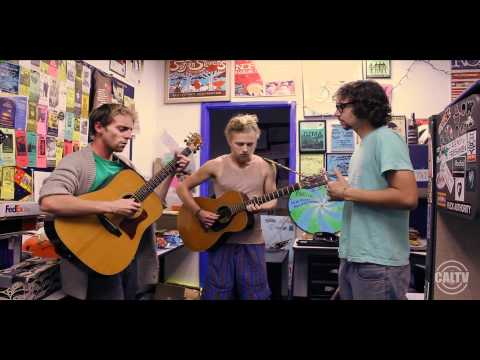 Inspired by my Internet friend @lilbadsnacks post, I am here to share a bit about my year and my intentions for 2020. Vulnerability, openness, and connection is the name of the game for me in this new year. I want to feel like we truly get the chance to connect as friends via this crazy digital world. So so grateful for this life and for our connection. Goals for the new year: more magic, more music. ✨

More magic moments captured by @gingerfphotography from my @amnesia_sf a few weeks ago. Such a pleasure to share the space and time with @_meernaa_ and @heybrijean and all of you

Thanks again to all the fantastic humans (and aliens, and elves, and beasts) who came to my show last Thursday with @heybrijean and @_meernaa_ . It was such a joy to share with you.

So much gratitude for all your listening. As someone who has spent a large part of my life struggling to feel connected to others, it means the world for me to know that you’re listening and relating. I look forward to exploring our connection a lot more in the coming year. I want to step out from behind the screen, show you my true colors, and be comfortable with the vulnerability that requires. Let’s be true friends and not just numbers in a computer somewhere. All my love to all you wonderful, beautiful creatures.

Playing a lovely solo show with my incredible Bay Area friends @_meernaa_ and @brijean on Thursday, December 5th. Come to dance and feel all the feelings. Come for a hug. All my love ✨

On Thursday, December 5th, I’ll be playing a solo set @amnesia_sf opening for two of my favorite Bay Area artists: @heybrijean and @_meernaa_ It’s, refreshingly, an event where you will leave your cell phone at the door. Come be fully present with us! Doors at 8, show at 8:30, tickets are $7 at the door.

I am so so so thankful for all the wonderful beings who came to see my show wth @conner_muir at @thelostchurchsf last week! It was a very vulnerable, beautiful experience. So so grateful to have shared that haunting, magical space with you all.

Way In is available today for your listening pleasure. On this kooky spooky day, I hope it brings you great joy and provides your emotions with some kind of solace. At bare minimum, go dance to the @tonerangermusic remix at your parties tonight!