51629
Inner City (Live)
1015 Folsom
https://eventseeker.com/san-francisco/mar-5-2020/382250297-inner-city-live
{"https:\/\/94f25d5fce3d6f1478b5-8492f2475187762e2e44cf8c753691ec.ssl.cf2.rackcdn.com\/51629-1.jpg":"The Windish Agency^:^http:\/\/www.windishagency.com\/artists\/touch_sensitive^:^"}
Photo:The Windish Agency
www.facebook.com/touchsensitivemusic
Michael Di Francesco is an electronic music producer who creates a fusion of nu-disco and synthpop under the name Touch Sensitive. Also known as the synth-master and keyboardist of the Australian electro outfit Van She, he debuted his solo project with the release of his single "Body Shop," in 2004. Though Touch Sensitive dwelled in obscurity under the veil of a hiatus for almost a decade, Di Francesco reinvigorated the name in 2012 with a collaboration with Anna Lunoe titled "Real Talk." Soon after in 2013, he released the single "Pizza Guys" / "Show Me" with the Sydney-based imprint Future Classic, distributing his 1980s-inspired sound to broad audiences for the first time.
FOLLOW
SHARE
FOLLOW
SHARE
0 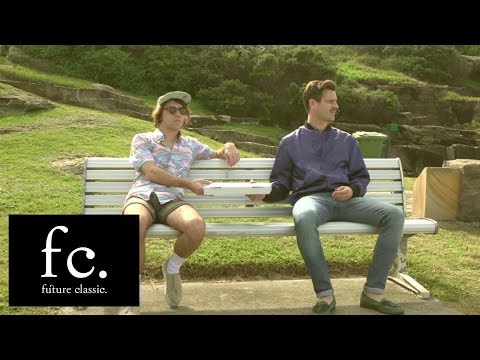 First ever live show gig poster at one of the legendary Adult Disco @futureclassic parties supporting @feelmybicep. I remember it was the first time I heard “Sacrifice”

Festive reminder, it’s my birthday soon and also you can vote for G.A.L feat @wheresdanielwilson in the @triple_j Hottest 100

“STARZ” (visualiser) The 36th Level EP also FYI this is a flip on one of my most favorite tunes called “Starlights” by Risqué Hope you enjoy me enjoying a Coffee.

Playing some MP3 tonight for Mix Up @triple_j @andygarvey as part of the @annalunoe takeover at 11pm, also @grapevinegathering today at 2:25pm. Photo by @cybism

‘Before You Met My Body’ the first of the series, thanks for the love thus far

And also after ten years of talking about it and a boozy afternoon in a studio in LA @nickynighttime and I made a @vanshetech track “Star Child” and it’s out today!!!!

Officially off the hard drive and into the Internet. First off the man on the cover is my uncle, one of three heroes and in adding tribute to praise he made that suit he’s wearing. The tracks are a result of a few jams in LA at the @futureclassic @dropbox studio (+ some additional love in Altadena) with @mickeydegrandiv @yourveryownhb @holidaysidewinder and an EDM superstar who will remain on private. Special shouts to @donniesloan, @destinys.problem.child @lemarcarter on Roto Toms, lady with the nice “Perfume” and my friend on “The 36th Level”