5049
Coliseum
{"https:\/\/94f25d5fce3d6f1478b5-8492f2475187762e2e44cf8c753691ec.ssl.cf2.rackcdn.com\/5049-1.jpg":"Deathwish Inc^:^http:\/\/www.deathwishinc.com\/bands\/117\/^:^"}
Photo:Deathwish Inc
coliseumsoundsystem.com
www.facebook.com/coliseumsoundsystem
Since the year of its conception in 2003, Louisville, Kentucky-based group Coliseum worked exhaustively to prove itself as a band. The trio self-funded extensive touring as well as the production and release of a few EPs years before landing a major record deal. Even when the group's drummer left the band right before a tour, Coliseum refused to cancel a single date, instead enlisting friends to take his place until a permanent replacement was found. All of the band's dedication paid off in 2006 when Relapse Records signed Coliseum and released it's highly acclaimed hardcore punk full length No Salvation. In 2015, Coliseum disbanded but did not make an official announcement to this effect for another two years. In 2017, the band's lead vocalist, Ryan Patterson, issued an official statement acknowledging Coliseum's end.
FOLLOW
SHARE
FOLLOW
SHARE
0
VIDEO
Coliseum full set at Europa, Brooklyn pt1 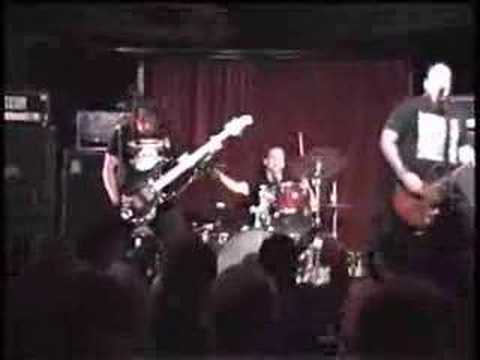 Our fourth album, Sister Faith, is available today at pay-what-you-can pricing on Bandcamp via @tempresltd.•Sister Faith was released in April 2013 and was Coliseum’s most well-received album. Kayhan joined as the band’s final bass player and we hit the ground running. Carter and I had already started writing and once Kayhan joined we quickly finished the songs and entered the studio with J. Robbins. We were the first band to record with J. at his current Magpie Cage Studio location, they were still wiring things together the night we loaded in.•Sister Faith is 13 songs long, so a few tracks get a little lost but I think it was our most consistent record. “Black Magic Punks” became our flagship song, “Fuzzbang” one of our catchiest, “Late Night Trains” a live staple, and “Used Blood” maybe our most-heard due to its inclusion on GTAV. I really like how Sister Faith tears out of the gate with a one-two punch of first songs and weaves its way through a number of different vibes while never getting boring. I’m proud of everything Coliseum released to some extent or another but I suppose this is my favorite record of ours in hindsight. It’s a great album.•We toured a ton on this record and played all over the world with a bunch of amazing bands. Temporary Residence and Trevor/Biz3 did an incredible job of promoting the record and we received a lot of great press and fun opportunities like AV Undercover, Daytrotter, Soundwave Festival, etc. Ultimately we remained a very small band and, despite hard work by all involved, Coliseum didn’t really grow in size. We jumped back into the studio quickly to record Anxiety’s Kiss, but after so many years of tepid turnouts at our shows we decided to call it a day by the end of summer 2015.•Endless love to Jeremy and Temporary Residence, to all of you, and of course to Carter and Kayhan. I miss them and look forward to a day we play music together again, either in public or just for ourselves.•- Ryan Patterson 12/20/20

House With A Curse is the @tempresltd Pay What You Can release today.•Released just over ten years ago in June 2010, HWAC was a massive risk personally and creatively for me and Coliseum as an entity. It was the first album with our longest-running and permanent drummer, Carter Wilson, our first release with the great folks at Temporary Residence, and a sea change musically. With No Salvation, I’d put pressure on myself to over-complicate my songwriting and playing, resulting in an intense and relentless record but losing some of the catchiness and dark melody of the first album and Goddamage. For HWAC, I started with the skeleton of the songs on a drum machine, focusing first on rhythms and basslines - a process I began then and continue to this day with @fotocrime - then adding guitar textures and riffs later. This enabled me to find more groove and depth in my songwriting, then fully flesh it out once Carter approached the songs with his wonderful playing and perspective.•HWAC was met with some scrutiny and confusion at the time, but it seems to have found its fans and I think it may be the most focused Coliseum album in terms of mood and vibe; it feels like the Southern Gothic album we set out to make, the cobwebs desperately shaking on edges of the skulls and trinkets that adorn the cover. It’s a desperate and emotional album. “Blind In One Eye” is pretty unfuckwithable, “Cloaked In Red” could be one of Coliseum’s most intense moments, and “Lost In Groningen” summed up Coliseum’s entire career. “Isela Vega” was heavily influenced by PJ Harvey and homaged Bring Me The Head Of Alfredo Garcia. “Skeleton Smile” owed a big debt to Laughing Hyenas and is probably the heaviest song to ever feature Bonnie Prince Billy singing. It still moves me deeply to hear Jason Noble’s voice singing on many songs on this record.•What’s your favorite song from House With A Curse?

26th & Broadway, Louisville, KY: David McAtee was murdered by LMPD and the National Guard less than 24 hours ago.•Louisville’s greatest son, Muhammad Ali, would have marched with us. If you celebrate him as the Greatest Of All Time then you must also believe that his life mattered and all black lives matter.

I live in Louisville, KY and stand with protestors demanding justice for Breonna Taylor’s murder by Louisville Police. Normally 15% of all of my CLAWS shirt sales go to The Bail Project and with your help I have donated thousands of dollars to them. For the next 24 hours, I will give 100% of profits from CLAWS items to The Bail Project for use in their Louisville work. Visit catmagicpunks.com.•#justiceforbreonnataylor #catmagicpunks #catloversagainstwhitesupremacy

GODDAMAGE was released 15 years ago and is available digitally today on Bandcamp as “pay what you can” from @tempresltd in memory of Matt Jaha. The expanded deluxe edition includes our songs from the split with Doomriders and a blistering live set recorded at the Troubadour on this very day in 2005 while on tour with From Ashes Rise.•Also on our Bandcamp are low-price copies of Anxiety's Kiss LP and Black Magic Punks 12"+DVD direct from me and vinyl copies of all of our releases from Temporary Residence: Goddamage, House With A Curse, Parasites, and Sister Faith (on rare color vinyl). All at coliseum.bandcamp.com•The Goddamage EP was released in three different vinyl versions, each more extravagant than the last. First on the no-frills 12" from Manic Ride, next as a double 7" gatefold on my label Auxiliary, and finally as a 12" with massive triple gatefold jacket on Temporary Residence in 2010, a great label that released the majority of our music. This final deluxe version was remastered and features the entire EP on side A of the 12" with the ten bonus songs on side B.•Goddamage was an 8-song, 15-minute blast of energy recorded in December 2004 by Sebadoh's @jason.loewenstein at Downtown Recording in Louisville, a big, classic studio where both Black Cross and Breather Resist recorded their first albums. We'd been touring relentlessly since our first show in March of that year and were on fire as a band. We saw Goddamage as our Earth AD; relentless, raw, fun, wild. It expanded on our first album with more melody, bigger hooks, more focused songs. I wanted to bring in some of the gruff melodicism of Pegboy and the skewed DC hardcore of Swiz and Ignition to mesh with the vibes of Discharge, Born Dead Icons, and Avskum, the bands that initially inspired me to start Coliseum.•We were really proud of this record and, looking back all these years later, we had every right to be. It's a great fucking record. Tony, Mike, Matt, and I were a strange collection of disparate characters, ending up together for a brief period of time and making music that had an enduring impact on our lives. Matt's playing on Goddamage is really incredible. He is missed and loved.

Matt Jaha, Coliseum’s original drummer and my cousin, died on April 15, 2020 at the age of 37. This loss has reverberated throughout our family and music community.•Matt was the first person to join me in forming Coliseum in 2003, followed by Tony Ash and Keith Bryant. As has been well documented, I asked Matt if he knew any “punk drummers” that would be right for a new band I wanted to start and he volunteered himself. I knew he was an incredible guitarist, but didn’t even know he could play drums. We took a trip to buy his black and white Tama “Stormtrooper” drum set and were soon bashing out “Detached” in my garage.•We’d record our first, self-titled album in that garage a few months later and then play our first show with my brother Evan’s band Breather Resist, friends Cursed and Kodan Armada, and a new band we’d meet that night called Baroness. Almost immediately we set off on tours with Hot Cross, Lickgoldensky, Breather Resist, Cursed, Kodan Armada, and Lords. Toward the end of our first year as a band Mike Pascal joined on bass and we recorded an eight-song, fifteen minute blast of melody and aggression titled Goddamage.•Goddamage stands as a high point of Coliseum’s early years and a landmark record in my life. Matt’s playing on that record is incredible and he was an essential part of the writing process. While Matt was a virtuoso guitarist, he was just raw enough on drums to have the perfect amount of imperfections; his playing was ferocious, energetic, catchy. Soon after Goddamage was released we toured the West Coast for the first time with From Ashes Rise, whose endorsement meant so much to us. Great tours with Municipal Waste and Buried Inside followed.•Matt’s time in Coliseum was just a tiny part of his tragically short life. His work in Coliseum and many other bands was only part of the picture of a person who loved fiercely, dreamed intensely, felt acutely, hurt deeply, smiled brightly, and burned with a radiant mix of passion, talent, wit, intelligence, pain, and joy. I love him and mourn his loss immensely. - Ryan

Dear friend and former Coliseum drummer Chris Maggio recently had an accident and will require thousands of dollars of dental reconstruction surgery. He was a big part of Coliseum’s history and means a lot to us as a friend, please donate to assist him if you are able. We love you, Chris.

Dead in the Dirt

Call of the Void