49362
Cayucas
{"https:\/\/94f25d5fce3d6f1478b5-8492f2475187762e2e44cf8c753691ec.ssl.cf2.rackcdn.com\/49362-3.jpg":"Ericka Clevenger^:^http:\/\/secretlycanadian.com\/press\/cayucas\/^:^"}
Photo:Ericka Clevenger
www.cayucas.com
www.facebook.com/Cayucas
Cayucas is an indie rock band from Santa Monica, California, that's known for interjecting elements of tropicalia and folk into its well-cultivated, pop sound. Founded in 2011 and originally called Oregon Bike Trails, the group officially changed its name to Cayucas after a few personnel changes and a signing with the respected indie label Secretly Canadian in 2012. Cayucas released its debut album, Bigfoot, in 2013, and the LP helped establish the group as one of the more promising acts to emerge out of the Los Angeles metro area in recent memory.
FOLLOW
SHARE
FOLLOW
SHARE
0
VIDEO
Cayucas - 'Cayucos' (Official Video) 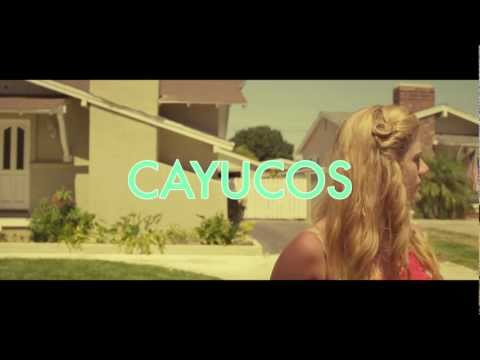 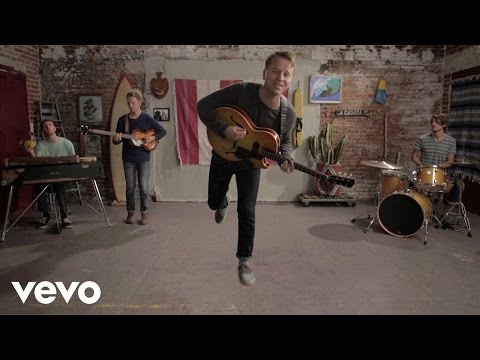 heyyy-o we are back at it! At the legendary Sunset Sound in Hollywood working on our 5th album w/ Joe Chiccarelli! & it’s sounding amazing, this ones gonna be fun. Also, we’re planning a few shows in Sept/Oct. so keep

new lyric video coming soon for ‘From The Rafters’

Our music video for ‘Yeah Yeah Yeah’ is out now, check it out

'Blue Summer' out now!!⁣⁣It’s our 4th record! woah. This one is very special for us. For us each record is a milestone. The hardest part is always finishing. This is our ‘Smile Sessions’ recorded with a cheap guitar, old spring reverbs and worn-out tape delay. We just wanted to use our ears and make something with more vibe, less polish. We hope it makes you feel good, maybe takes you away for awhile. So much work goes into each record so to get to this point is the most rewarding part for us. We look forward to playing these songs live for you one day. We hope you enjoy. ⁣- Ben & ZachThank you PTV, Zach, Garrett, Chris, Corey, Jeff, Lawson, Vlad ⁣Photo by Cara Robbins⁣Art by Miles Wintner

Our new album ‘Blue Summer’ is out this Friday 9/25! Click the link in bio to save

‘California Girl’ is a story about hanging around, bored, looking for some fun. It’s Friday evening the sun is setting, there’s a cool ocean breeze and you’re out trying to catch a vibe. For the video we got a cool car, the ‘International Harvester Scout’ it’s a hard to find ‘offroading’ car from the 70’s. The director @tim_toda set up some shots of us just cruising like a typical day. The car turned like a boat slow and wide, the smell of burning diesel fuel was strong. It had the old rusted tape deck and carpet floors, we cruised around for most the day. All in all it was a fun shoot and we hope you enjoy :) Link in BIO.

‘California Girl’ is the fourth single off our upcoming album Blue Summer. Available everywhere now. Check the link in our BIO to

Thao and The Get Down Stay Down