49055
Escondido
{"https:\/\/94f25d5fce3d6f1478b5-8492f2475187762e2e44cf8c753691ec.ssl.cf2.rackcdn.com\/49055-1.jpg":"Sarah Barlow^:^http:\/\/www.thinkpress.net\/index.php\/clients\/escondido^:^","https:\/\/94f25d5fce3d6f1478b5-8492f2475187762e2e44cf8c753691ec.ssl.cf2.rackcdn.com\/49055-2.jpg":"Sarah Barlow^:^http:\/\/www.thinkpress.net\/index.php\/clients\/escondido^:^"}
Photo:Sarah Barlow
www.thebandescondido.com
www.facebook.com/Escondidoband
Escondido is a duo from Nashville, Tennessee comprised of Jessica Maros and Tyler James that blends Americana folk tendencies with a wistfully innocent quality to create an interesting and cohesive whole. Releasing its debut album, The Ghost of Escondido, in 2013--a 10 song album that was recorded live in a single day--the group proved itself to be one of the more promising folk acts of its generation. Molding tracks around Maros' emotive voice, Escondido's songs occasionally communicate a message of understood naivete about an unstoppable, impeding doom.
FOLLOW
SHARE
FOLLOW
SHARE
0
VIDEO
Escondido - Black Roses (Live) 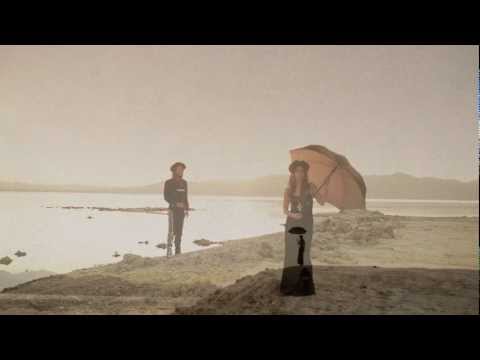 Found some of @thejessicamaros old band outfits she made.

Like we’re not gonna post Cold October before the end of the month. Get real. Our band’s first song.. We shot this vid w/ @erikanderslang for $1k cause he rules.. ran into an 80yr old vet with a Shelby Cobra on the Angeles Crest Hwy who graciously burned rubber for us.

Y’all the @thisisusnbc soundtrack is out now! We now have a “Darkness, Darkness” & “Darkness” in our catalogue

Stoked to share that tonight’s @thisisusnbc episode will close with a montage to a song we recorded for the show last week!! The Youngbloods’ “Darkness, Darkness”. Thanks @manishraval & @aperturemusic_la for believing in us ❤️ 9/8c on @nbc. The song will be avail on the #thisisus soundtrack tonight on all music streaming services.

Awe man.. @levonhelmstudios posted a vid from one of our favorite nights ever on tour w/ @thelonebellow at the barn in Woodstock. What a special place. Highly recommend Levon’s book “This Wheels On Fire”@randytutelage / @clintwells / @grantgeertsma / @justinglasco /

YOU GET ME HIGH, the 7th song on #WarningBells // we wrote and recorded this song the last day in the studio, April 20

One year ago today we were headed to play @thetroubadour in LA when we found out Tom Petty had passed away just a few miles up the road. The impromptu sing a long at the end of the night will forever be one of our favorite moments as a band. Tom, Thankyou for makin all our lives better.@yayblynn @adampopick @whynotjansveld @drewtaubenfeld. Vid by @eddieseslowsky

BULLET // cut up some old westerns to the first track off our new record./Still taste you on my lipsBut am I still on yours?Cause you got other womenKnockin on your doorSo if you choose anotherDon’t think that you’ll beRun, run, runnin’ back to me/‘Cause I’ll dodge every bulletTurn and face the sunFace the sun/I’d rather take the high roadWhen you take the low‘Cause I won’t sit here waitingAs you come and goSo if you found another Don’t think that you’ll beRun, run, running back to me