48855
Wax Idols
{"https:\/\/94f25d5fce3d6f1478b5-8492f2475187762e2e44cf8c753691ec.ssl.cf2.rackcdn.com\/48855-1.jpg":"Force Field PR^:^http:\/\/www.forcefieldpr.com\/press-assets\/waxidols\/^:^"}
Photo:Force Field PR
www.facebook.com/waxidols
Wax Idols is a post punk band from Oakland, CA that owns a dark twisted garage rock sound. Led by Hether Fortune, the band released its hook-heavy punk rock debut No Future, in 2011 and has since migrated into more sinister new wave territories. While Fortune wrote and recorded the band's first album by herself, Wax Idols' sophomore record Discipline & Desires is the result of a group effort. Wax Idols released the follow-up in 2013 with stronger melodies, atmospheric instrumentation and haunting vocals, offering quite the departure from its straightforward debut.
FOLLOW
SHARE
FOLLOW
SHARE
0
VIDEO

Wax Idols - Scent of Love from Slumberland Records on Vimeo. 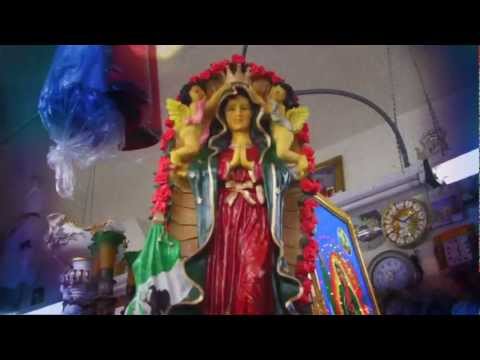 as 2018 closes out I just want to say THANK YOU to everyone who supported “Happy Ending” this year & every other WI release previously. it has meant more to me than you may realize. love y’all X H

It pains me to announce that, due to personal issues, our upcoming east coast tour with Shadow Age has been cancelled. Refunds will be made available for anyone who bought advance tickets. Beyond the tour, Wax Idols will be taking an indefinite hiatus. Thank you to everyone who has supported this band through the 9 years since I put “All Too Human” on Myspace. I never could have foreseen how that one song would forever change my life. What started as a glorified solo project has morphed and evolved many times to include & highlight the talents of some extraordinary people and I remain humbled and eternally grateful for all of their contributions to this dream of mine. I’m no soothsayer - I don’t know what the future holds - but for now, we say goodbye. I will be performing new solo material as well as a few WI songs on 8/31 at Elsewhere in Brooklyn with @inmemoryofthom, who will be playing a quieter, intimate version of his set. I will also be performing solo at Basilica Soundscape. With a heavy heart, full of love xx Hether

Kids on a Crime Spree