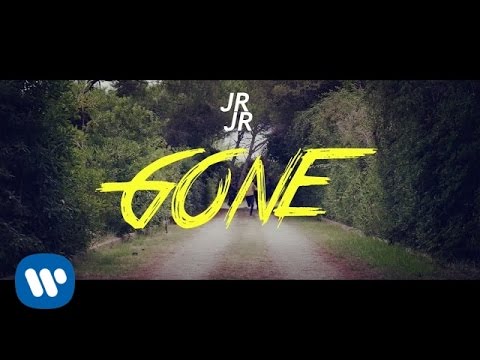 7 summers ago we sat down with our friend @benjaminwest and wrote the beginning of a song called “Billionaire”. For the next few years we kept trying to finish it without any luck. We kept trying different things because we knew we had something special. Just when we were about to put the song back on the shelf for a while our manager shared the track with an amazing artist named @teddigold who was willing to try and resurrect our anti-billionaire anthem. As soon as we heard what she did to the track we knew we had something special. Teddi added the most amazing verse and even had the guts to rework the chorus. Big respect. And now we’re here. Today this song is out in the world. Our first feature on an official release. Go blast the track in your car, headphones, office speakers, living room, or wherever you listen. I promise it’s worth your time. Thanks to everyone who made this happen. This one was worth the years of tinkering and hard work. #billionaire #jrjr #teddigold #benwest #dance #monopoly #bezos #jrjrmusic #newmusic

Hey guys, this is about the least fun message we could have to deliver this week but with the recent developments related to the delta variant in the US we feel the situation around live concerts (especially indoors) is once again feeling too unpredictable for us to move forward with our scheduled August shows. As such, we’ve made the difficult decision to cancel the Detroit, Chicago, NYC and DC 10th Anniversary shows which we had scheduled this month. When we first began to plan these dates we had an idealized view that these might be joyous returns to seeing live music for many, and to performing for us (which is something we’ve missed greatly). However, the vibe has certainly shifted in recent weeks with a number of people expressing various levels of discomfort about attending indoor shows and we don’t want to ignore that this might not be the right time to celebrate.Our hope is that this is a temporary setback and that there is light at the end of this tunnel in the coming months. We’ve always had amazingly enthusiastic and empathetic fans, and if you’re willing to wait a bit longer so are we. In the meantime, we encourage everyone to look after one another and maybe grab a vaccine if you’ve not already, as it seems like the quickest path to us not having to type one of these messages again in the future.✌️❤️ -JR JR(P.S. If you are a current ticket holder for one of those four shows you should be receiving a note today from each venue regarding ticket refunds)

“Satisfaction Guaranteed… so read the teenage magazine.” Opening line to a song off our 10th anniversary album “It’s A Corporate World”. Name that tune. P.S.-Thanks to all the fans over the years who talked to me after shows about those lyrics. So many amazing conversations. #10thAnniversary #corporateworld

This photo was taken of us shopping at @lostandfoundvintage for a feature on @rollingstone website about our band during the “It’s a Corporate World” album cycle. #iacw10yearanniversary

Our very first time playing Bowery Ballroom in NYC many moons ago with our Skeleton Choir. Very excited to return to that very stage next month!

All four IACW 10yr anniversary shows are now on-sale!!! (Link in bio)If you missed the magic of this album tour the first time around it was truly something special. To see how many people coalesced around our weirdo band and came ready to experience joy was a soul enriching experience. If you were there the first time around, we’d love to have you bring that energy yet again. It’ll feel so so good to see your guys’ faces another time.Get your tickets

Stop whatever you’re doing and go listen to the absolutely stunning remix that @classixx have done of Good Old Days”. A full TGIF summertime treat (out now on all platforms). It’s been wild to see this song grow and grow and grow over the past year and now it’s been given brand new life all over again…

We interrupt your infinite scroll to encourage advanced ticket purchasing sooner than later to the first two It’s A Corporate World 10 year Anniversary shows in Detroit & Chicago. Everybody says the early

Francis and the Lights