46870
Bluedot Festival
Jodrell Bank Observatory
https://eventseeker.com/manchester/jul-23-2020/382681375-bluedot-festival
{"https:\/\/94f25d5fce3d6f1478b5-8492f2475187762e2e44cf8c753691ec.ssl.cf2.rackcdn.com\/46870-1.jpg":"Dwayne Rogers^:^Stereo Sanctity^:^"}
Photo:Dwayne Rogers
www.sinkane.com
www.facebook.com/SinkaneRa
Born Ahmed Gallab, Sinkane is a multi-instrumentalist who creates an experimental brand of neo-psychedelic music. Known for his time as the drummer of several different bands including Of Montreal and Yeasayer, he has also released his own solo material beginning with his 2008 debut album, Color Voice. The record set the tone for his shoegaze meets jazz fusion sound as well as the overall psychedelic tone of his future releases, including 2012's Mars.
FOLLOW
SHARE
FOLLOW
SHARE
0 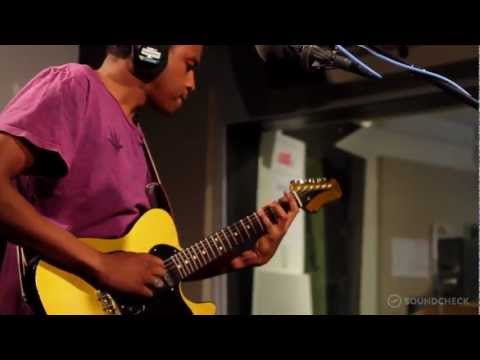 #DC we are rocking @gypsysallys #tonight. It’s gonna be a party. 11:30 PM start time. Let’s get it. #NYE #sinkaneontour #sinkane Image by @kandaka.khronicles

We will be ringing in the New Year tomorrow in #DC at @gypsysallys! Tix still available! Link in bio!

We will be ringing in the New Year tomorrow in #DC at @gypsysallys! Tix still available! Link in bio!

Tomorrow we party in #DC for #NYE! Come to @gypsysallys and celebrate the start of a new decade with us! Tix link in bio! #sinkaneontour #sinkane

At the beginning of the decade I was a hired gun. At the end of the decade I am leading my own band. There have been many amazing experiences along the way. Many pictures too. But these were taken at the beginning and (near the end) of the decade.Also, might I add: the first show of @yeasayer’s 2010 US tour was in #DC at @930club. The last show I’ll be playing this year is also in DC at @gypsysallys. I’m not gonna lie. This year was a tough one for me. But I’m still alive and there are great things to come. Thank you all for your support. What a ride it has been. Here’s to another decade of unpredictable weirdness and food. #sinkaneontour #sinkane

Ring in the New Years with us at @gypsysallys in DC! Ticket link in bio! #sinkane #newyearseve

With the news that @Yeasayer have called it quits I feel like it’s only right to send a big THANK YOU to Anand, Ira and Chris. On May 19th, 2009 I walked into a rehearsal space on S. 2nd and Wythe in Williamsburg. I met @jaytram that day and so began an epic 3 year journey of touring all around the world, making new friends, and performing some of the most memorable shows of my life. Let’s not forget the epic stories either! I learned so much from these guys. Let me share some of that with you:First of all: Don’t EVER challenge Ira to a wrestling match. You won’t win. He’ll break your glasses. And he won’t let you ever forget it. He once pinned down their manager, @princeofbaltimore, made him open his mouth and farted directly in it because he was bored. This was when he was only eating sausage & peppers and Saag Paneer so those farts were DEADLY. We started calling Jason “Smelly Spice” from that day forward. Chris will eat anything. And a lot of the time it’s for the purpose of fucking with you. I once saw him poke out a fish’s eye, dip it in sea urchin and eat it while he was chewing strawberry bubble yum. I also saw him eat 76 chicken wings in one sitting, without drinking any water, and then play a show. @anandwilder taught me how to tour correctly. He always wanted to go to a nice restaurant or some fucking weird place that felt straight out of a David Lynch film. One time he took me to a crazy bar/strip club in Hamburg where we talked to this married swinger couple until 7 am. They were doing coke off of the bar and screaming stories of their past at us all night long. We ended up singing lots of Lynyrd Skynyrd with them that night and, surprisingly, it never got weird. There was never a dull moment on Yeasayer tours. Even when everyone was pissed off and wanted to go home. One time, Jaytram got pissed off at Ira while we were playing Balderdash. He took his bottle of whiskey, chugged it and slammed it on the glass table. Shattering the table and then said, “IT’S ABOUT TIME SOMEONE DID SOME ROCK N ROLL SHIT IN THIS BAND, GODDAMNIT!!!” I’ll miss you guys. Thank you for the memories! #hardcoretourstories.

Made it to #Hawaii. @jonnypartys took us to @rugermarket for Poké. Between @montyish, @lilelenna and I we got every kind of Ahi, Lechon and Pork Lau Lau. Oh my goodness! No words! #sinkanefoods #ohmyhell

Come join us New Years Eve at @gypsysallys in DC. Let’s bring in the New Year together!! Link in bio! #sinkane #newyearseve

CYBER MONDAY SALE! 40% OFF ALL SINKANE GOODS! Use code “CYBERMONDAY” at check out! SALE THRU WEDNESDAY! #sinkane