46301
Moon Boots
The Night Cat
https://eventseeker.com/melbourne/nov-5-2021/407903916-moon-boots
{"https:\/\/94f25d5fce3d6f1478b5-8492f2475187762e2e44cf8c753691ec.ssl.cf2.rackcdn.com\/46301-1.png":"AM Only^:^http:\/\/amonly.com\/artist\/moon-boots\/^:^"}
Photo:AM Only
moonbootsmusic.com
www.facebook.com/moonbootsmusic
Peter Dougherty, who performs and releases music as Moon Boots, is a Chicago-based DJ and producer who blends together elements of house, disco and electronica together to create a unique sonic amalgam. Building a solid reputation for his high-energy live shows, Dougherty has also distinguished himself with a number of studio recordings, including his well-recieved 2017 debut album, First Landing.
FOLLOW
SHARE
FOLLOW
SHARE
0 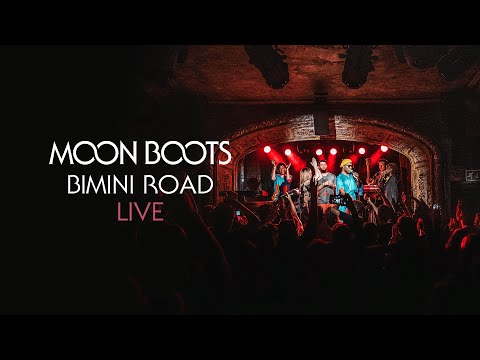 You shouldn’t have looked for us. Because now we see you

Playing a 4 hour set tonight at @elsewherespace! The main room indoors will be empty so it won’t look like the last time I played.. but now you can watch from anywhere, including your main room

Never gonna give up on this music thing

Big thanks @dannyhowarddj for the kind words & for hyping up my next single on @bbcradio1 !! “I Can Boogie” will be out Oct 9th on

Happy 1st anniversary to my wife @jacqsmiley. I’m so lucky I get to spend the rest of my life with you

Hard to believe my album “Bimini Road’ came out a year ago today. They grow so fast!

#tbt to playing @daytripla last August. I miss being with big crowds of people, I even miss getting photos of the back of my head. But I am playing their virtual festival this Sunday and debuting a lot of new music I’ve been working on. 430-5pm (PDT) on tv.insomniac.com, hope to see you there