46261
Goldroom
{"https:\/\/94f25d5fce3d6f1478b5-8492f2475187762e2e44cf8c753691ec.ssl.cf2.rackcdn.com\/46261-4.jpg":"Goldroom^:^http:\/\/www.bondmusicgroup.com\/roster\/goldroom^:^","https:\/\/94f25d5fce3d6f1478b5-8492f2475187762e2e44cf8c753691ec.ssl.cf2.rackcdn.com\/46261-2.jpg":"Andrew Noel^:^http:\/\/s1260.photobucket.com\/user\/dangervillagephotos\/media\/Goldroom\/Goldroom-USAToday_zps19fb2036.jpg.html^:^"}
Photo:Goldroom
www.facebook.com/goldroom
Josh Legg is a Los Angeles-based producer and DJ who makes a stylized form of disco-influenced electronica under his Goldroom guise. Legg dropped his debut EP under his Goldroom moniker in 2011 and the release managed to turn heads and help establish Legg with a regional following in the Southern California area. Though somewhat predictable on a rhythmic level, Legg is able to add layers of synth flourishes and tonal fluctuations into many Goldroom songs to keep listeners constantly on their toes.
FOLLOW
SHARE
FOLLOW
SHARE
0
VIDEO
Fifteen 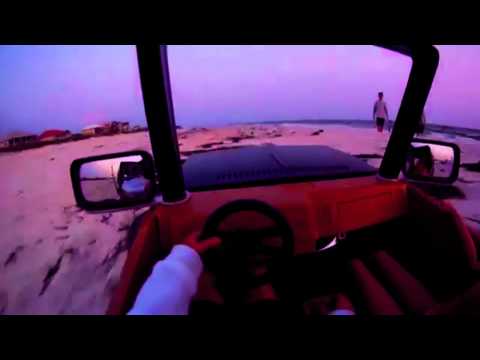 Atlanta! Chicago! Nashville!.So lucky to be joining @chromeo on their disco heavy Blame It On The Boogie Tour this weekend. I’ll be DJing in Atlanta on Friday night, Chicago on Saturday night, and Nashville on NYE!.Shhhh but i do have a few guestlist spots open for each show so hit me with a DM if you’re having trouble affording tickets around the holidays. See you out there!

New York! DC! Boston! Our live Plunge Tour swings East this week!We’re giving away four pairs of tickets for a show of your choice. Just comment below with a name of someone you want to bring and we’ll pick a winner everyday starting on Wednesday!The shows this weekend were incredible and it’s been such a vibe to play all of this music around the country. We’re playing stuff of the Angeles EP, Embrace EP, West Of The West and of course new stuff.Wed in DC at @unionstageThur in Boston at SoniaSat in New York at @elsewherespacePhotos by @stassie.v

Los Angeles! We’re playing a live show at the @elreytheatre this Saturday night! To celebrate the homecoming we’re giving away a set of 4 tickets that include a meet and greet before the show! Comment to three of your friends and be sure to follow this account for a chance to win! We’ll select a winner on Saturday morning!Over the years we’ve played some of our most memorable shows here in the city that inspired the name and the music. I’ve been here for fifteen years and I’m still romantic for the palms and the hills and the sunsets. I hope to see all of your smiling faces on Saturday singing along with songs new and old - it’s going to be a special one

Goldroom live Plunge tour rolls on this week with shows in Los Angeles, San Francisco, and Santa Barbara!I’m giving away three pairs of tickets for the show of your choice too! All you need to do is be following this page and tag a friend in the comments!Thur: SB at @sohosb Fri: SF at @mezzaninesf Sat: LA at @elreytheatre 11/10: Tucson at @duskmusicfestival 11/13: DC at @unionstage 11/14: Boston at Sonias11/16: New York at @elsewherespace

My new album, Plunge /\ Surface, is out today! Please go give it a listen. I think it has a little something for everyone and I’m so so so proud to be able to share it with the world today!I started work on it in the wake of breaking my neck in Tulum in the summer of 2017. The two years that followed were some of the most challenging of my life, and the two sides of this record really reflect that.Plunge was written mostly in a druggy haze following the injury, during a time I was filled with a lot of regret and questioning myself and the world. I can hear the fog in those first six songs and there’s something special about writing stuff during such a vulnerable time.And then as it always seems to, the ocean helped me back to life. My High Seas tour in 2018 inspired me and rekindled my love for dance music. Why not sample myself? Why not reinterpret these hazy funk jams from Plunge and recontextualize them into some French House for the dance floor. And so Surface really became my salvation, and a way to bring joy to these songs by bringing them to a new place.If you listen to the record, (and I hope you do!), try and see the two sides as mirror images of each other. Each song has a sister song - see if you can figure out which go together. I’m not sure if there’s really a deeper meaning to it all but it really feels like the story of my neck injury and my recovery, song by song.It was a huge challenge and really so fun to build this record note by note. I hope if you like it you’ll share it with your friends and I hope you come out to see us perform it live!Thank you to @c3mgmt, @mattsadie, @tobiaslu, @downtown_records, @ifabyan, @rylandblackinton, @mereki , @chelaetc, @lovealexamusic, @nikkisegal, @bitfunk and every other person involved in making and releasing this record. Thank you and more to come soon!

This lineup is NOT BAD AT ALL. Everyone needs to come party with me in Vegas for @intersect

SO stoked to announce that two of my favorite up and coming artists, @timothyatlas and @itsnasaya, will be joining us on 9 stops of the Plunge Tour (all except Tucson)! If you aren’t familiar, get on it! NASAYA is one of @minerva ‘s first signings and Tim has been releasing some of my favorite music of 2019. I’m so proud to be sharing the stage with these two..Which show are you coming to?!?.Oct 30: Portland at @holoceneportlandOct 31: Seattle at @thecrocodileseattle Nov 1: Vancouver at @fortunesound Nov 7: Santa Barbara at @sohosb Nov 8: San Francisco at @mezzaninesf Nov 9: Los Angeles at @elreytheatre Nov 10: Tucson at @duskmusicfestival Nov 13: DC at @unionstage Nov 14: Boston at Sonia’sNov 16: New York at @elsewherespace

Jakarta and Bali were a perfect escape for a week. 5 weeks until Plunge /\ Surface comes out! We’re in the home stretch