45941
Wyatt Cenac
{"https:\/\/94f25d5fce3d6f1478b5-8492f2475187762e2e44cf8c753691ec.ssl.cf2.rackcdn.com\/45941-1.jpg":"Shark Party Media^:^http:\/\/www.sharkpartymedia.com\/main.php?p=artist&id=94^:^"}
Photo:Shark Party Media
wyattcenac.com
www.facebook.com/wyattcenac
Wyatt Cenac is a stand-up comedian and actor who rose to recognition as a writer and correspondent on The Daily Show with Jon Stewart. During his four-year run with the program from 2008 to 2012, he spearheaded his own brand of political satire with segments like "Rapper or Republican," and various bits on then Democratic nominee Barack Obama. After filming his final segment in 2012, he went on to appear at various festivals and has since continued to focus on his stand-up routine.
FOLLOW
SHARE
FOLLOW
SHARE
0
VIDEO
Wyatt Cenac on Greatest Joke 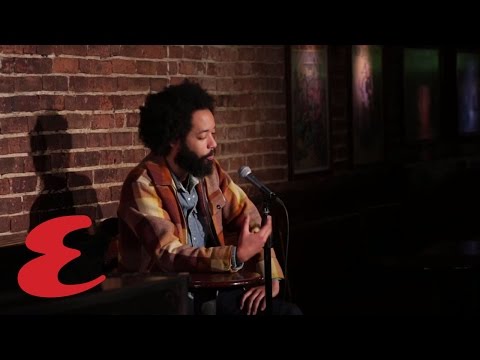 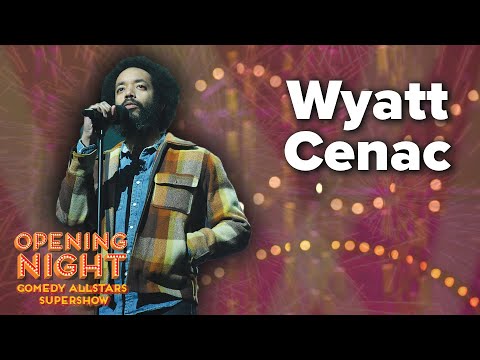 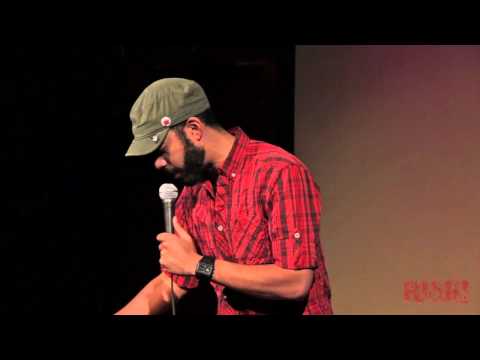 Another day, another greedy man goes looking to gentrify the cosmos.

As a teenager, watching Late Night with Conan O’Brien helped to shape comedy for me. The show was smart, silly and fun. It felt like anything could happen and Conan was always game for it. Everyone who sat onstage with Conan and Andy looked like they were having a blast. For me that show was the best of what late night comedy could be. In 1996, I got to intern for a week on Late Night. That week there had been a fire at 30 Rock, which made it impossible to tape the show from the studio. The show was going to have to relocate to New Jersey for the week, but at the very last minute they decided to improvise and do the show from The Today Show set and outside by the Rockefeller Center skating rink. It was amazing to see Conan, Andy and the entire crew come together and bring the show to life in an unexpected way. Watching from the wings, I hoped to one day sit between Conan and Andy as a guest promoting my newly ripped abs as the star of a Marvel movie. Never got the Marvel movie or the abs, but every time I was on the show Conan and Andy always treated me like a peer. It was a joy to make them laugh and laugh with them. Conan’s shows were a huge inspiration to both Night Train and Wyatt Cenac’s Problem Areas. To this day, I continue to be a fan, who looks forward to what they do next… unless it’s some weird Q Anon shit.Thank you @teamcoco and @richtercommaandy for the many years of laughs, brilliance, thoughtfulness and inspiration. Also, please know, I had nothing to do with that fire at 30 Rock despite the fact that I really love matches.

Really hope the next time @pstorre is on @highlyquestionable he will only be referred to as “and guest.”

In the second season of @problemareashbo, we visited a school in Brooklyn that built a food pantry for its students and families to help combat food insecurity. When @hbo wasn’t looking, we might have swiped some #SnyderCut money for them to build out a hydroponics lab so they could grow their own produce.So... sorry to the Ambush Bug fans, who were really hoping he’d show up in Justice League.But congrats to Research and Service High School for all the alfalfa you’re about to have.

Are skyscrapers really trying to scrape the sky or something else?

An infrastructure idea for @joebiden, assuming it can get past the umbrella lobby.

Making it onto the back wall of @pti is the motivation I needed to finally become a professional athlete.The @brooklynnets are currently dealing with some injuries and while I’d prefer a max deal, I’m willing to sign a ten day contract.I can bring apple slices to practice and I’ve been teammates with @blakegriffin23 before so chemistry should not be a problem.

An idea from a few years ago that might work for any companies trying to figure out how to make their offices post pandemic safe.

Facial recognition still has a ways to go...A story in 4 parts.