4417
The Lemonheads
{"https:\/\/94f25d5fce3d6f1478b5-8492f2475187762e2e44cf8c753691ec.ssl.cf2.rackcdn.com\/4417-1.jpg":"bradalmanac^:^https:\/\/www.flickr.com\/photos\/bsearles\/14953245387\/^:^https:\/\/creativecommons.org\/licenses\/by-sa\/2.0\/"}
Photo:bradalmanac
www.thelemonheads.net
www.facebook.com/TheLemonheads
Evan Dando, lead singer of Boston-based alternative rock band The Lemonheads, has experienced a number of career ups and downs during his tumultuous time in the public spotlight. He helped found the group in 1986 with two of his childhood friends while they were still in high school. After graduation, Dando enrolled in college but because of poor academic marks, he was forced to drop out and concentrate on writing music. During this time, the group released three independent albums and was considered the toast of the indie rock scene. After losing the two other original members, Dando decided to sign with a major label, cut his losses and fly down to Australia, where he would begin writing music with a few notable musicians down there. These sessions produced the band's biggest commercial breakthrough, but with fame comes all the pearls that go along with that monster. Dando's face graced the cover of many notable magazines - he was even voted one of People's 50 most beautiful people in 1993 - but soon an addiction to crack cocaine overtook his life and he had to seek help from a rehabilitation center. After a period of seclusion and moral reflection, Dando reformed his band and debuted its reincarnation in 2005. The group is a bit older now, but with age comes maturity and The Lemonheads are now looked at as one of the more interesting alternative rock acts that existed in the 1990s.
FOLLOW
SHARE
FOLLOW
SHARE
0
VIDEO
The Lemonheads - I'll Do It Anyway 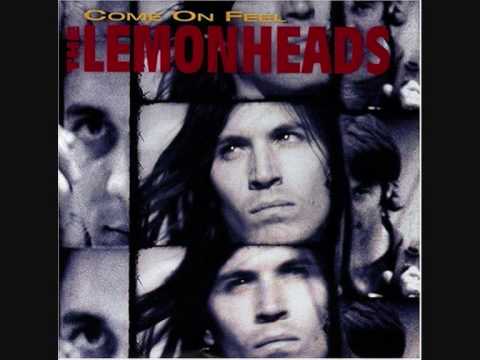 Merch sale starts today and runs for one week, May 10 to 16, at our official merchandise store. Check it out now, link in bio... #thelemonheads #lemonheads #merch

Photo from @bagatelle_shop from our #Luxembourg show #Lemonheads #thelemonheads #livemusic

Big thanks to @pit_lad for these shots from the #bristol show. #thelemonheads #lemonheads