43655
Hot As Sun
{"https:\/\/f0a20826c00e9d7a2251-705026f0dfbdd9ff017b1fa0935e2386.ssl.cf2.rackcdn.com\/504_c-4.jpg":"raygunb^:^http:\/\/www.flickr.com\/photos\/raygun\/2606235375\/^:^https:\/\/creativecommons.org\/licenses\/by-sa\/2.0\/deed.en"}
Photo:raygunb
www.hotassun.com
www.facebook.com/HotAsSun
Hot As Sun is the lo-fi pop collaboration between singer and musician Jamie Jackson and lyricist and visual artist Deborah Stoll. Shortly after meeting, Jackson began writing and recording Hot As Sun's music in downtown Los Angeles before Stoll created music videos and live projects for the tracks at her house in Silverlake, CA. The duo soon turned into a full band and began booking shows at events like Concept LA Fashion Week at Ace Gallery in Los Angeles, Art Basel in Miami and Peter Tunney's gallery opening in New York City for its artistically-driven aesthetics and dizzying electronic pop. The band re-released its self-titled debut EP in 2012 and has since supported the effort by opening for prominent indie acts such as Gotye, Phantogram and Foster the People.
FOLLOW
SHARE
FOLLOW
SHARE
0
VIDEO
Come Come 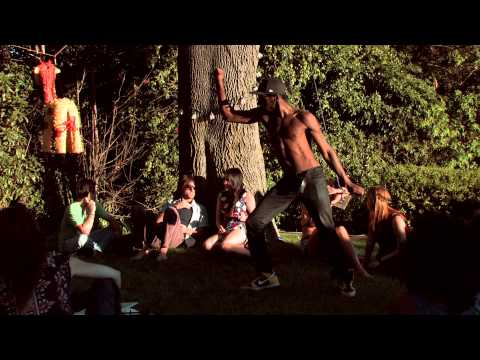 Women across the world have been gathering to protest against sexual assault. You will never walk alone. “And the fault wasn't mine, not where I was, not how I dressed.” #lastesis

Greatest Xmas gift is that this little nugget is okay. Not so little anymore though.... #sugarsfirstchristmas

If you run at the Silverlake reservoir, keep an eye out for Ruby’s tiny garden.

There is a new trend...some networks (mainly online but also some cable) are demanding to buy out composers’ backend royalties. Young composers, you have rights! Let’s stand strong together. This is our livelihood. Please support and spread the word. @yourmusicyourfuture ・・・Join the #YourMusicYourFuture chorus: @ComposerBarr, @JohnJ_Powell, @BearMcCreary, @JoelBeckerman and more are banding together to help young composers know their rights. @wazmusic

This Tues., Dec. 17, nearly 500 Impeach and Remove protests are planned, in all 50 states. (Details: impeach.org)Protests don't magically, immediately change Senators' votes. But having a truly massive and historic turnout this Tuesday Dec. 17 will help set a different tone for the Senate impeachment trial! Edit: Okay, just get your ass there people.

The pickiest producer I’ve ever worked with....

Met the incredible Senator @hollyjmitchell who is running for La County Board of Supervisors! I will be donating, canvassing and phone banking for Holly! Please check her out.

Not at the clerb.....Gerti’s party was lit. Happy bday G! @melanie.bauer.style

@jamiethedrake and I have a secret stash of songs. They’ve been finding homes lately. “Running to You” was picked up for a national Telus commercial in lovely