3833
Powderfinger
{"https:\/\/94f25d5fce3d6f1478b5-8492f2475187762e2e44cf8c753691ec.ssl.cf2.rackcdn.com\/3833-1.jpg":"Steve Collis^:^http:\/\/www.flickr.com\/photos\/swampa\/^:^http:\/\/creativecommons.org\/licenses\/by\/2.0\/deed.en","https:\/\/94f25d5fce3d6f1478b5-8492f2475187762e2e44cf8c753691ec.ssl.cf2.rackcdn.com\/3833.jpg":"Steve Collis^:^http:\/\/www.flickr.com\/photos\/swampa\/^:^http:\/\/creativecommons.org\/licenses\/by\/2.0\/deed.en"}
Photo:Steve Collis
www.powderfinger.com
www.facebook.com/powderfinger
Australian rock band Powderfinger was formed in 1989 and within two decades of rocking, the band has risen to become one of the most prominent rock acts on the international music scene. Its musical evolution over the years has been closely followed by both critics and fans alike, as its sound has morphed to occupy various spaces within the vast genre of rock 'n roll. Powderfinger has enjoyed numerous awards and multi-platinum records, as well contributed to a multitude of philanthropic causes throughout a rich and bountiful career.
FOLLOW
SHARE
FOLLOW
SHARE
0
VIDEO
Powderfinger - Sail The Widest Stretch (Acoustic) 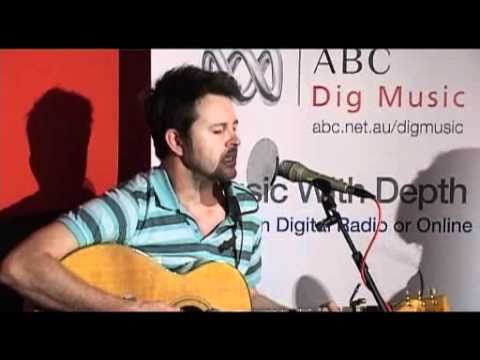 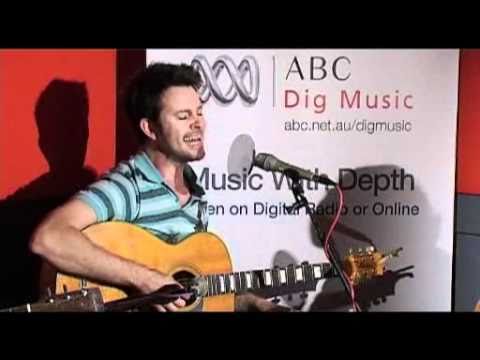 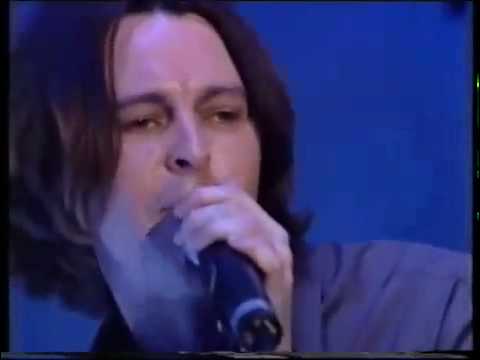 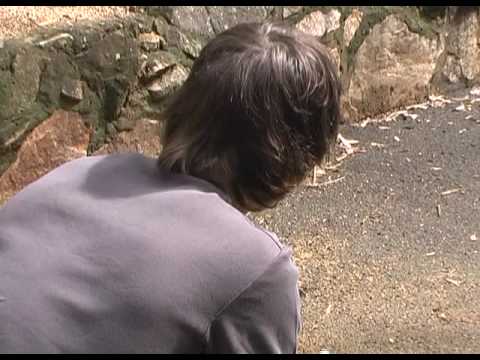 In anticipation of 'Unreleased', Powderfinger are sharing a series of unreleased and rare content over the next few weeks from their time as a band. Launching the series is rare VHS footage, capturing a performance of their song 'Take A Light' from their first EP, filmed at the Queensland University of Technology in 1993. Unlock and watch the video now at powderfinger.com via the link in our bio!

Curious about what this album is going to include? Well, feast your eyes on our VHS shirt design, exclusively available in our pre-order packages... and if you look closely, you'll see the design includes the names of all our songs featured on 'Unreleased'. Pre-order now at www.powderfinger.com via the link in our bio!

We've been shining the spotlight on the incredible crew members that have worked with us throughout the years, having become ingrained in the PFC (Powderfinger Crew) for life. Next up is (drum roll please) ... Toph! Back in 1998, it was one fateful evening, in the basement of The Astoria, London, that we first met Christopher Hough or ‘Toph’ as he became affectionately known. Circumstance…ie an Aussie girlfriend… brought Toph to our shores back in Australia, when finally, his dreams came true and he became our beloved guitar tech and ‘all things English’ member from 2000-2010. Always the calmest, smartest and funniest member of the crew, he would often be called upon to smother tension that could occasionally present itself when bringing a big live show to the stage. ‘Toph’, also at times known as ‘HANS' (short for handsome) was our resident Aerophile or ‘plane fancier’ if you prefer, always scanning both the airports and skies for winged machines. He could easily balance his latte with conversation about engine types, wing spans and flight terminology and would often be heard vociferating ‘Oh no, what have I done’ in his heavy English accent. He was the Number 1 ticket holder for Sydney United, drove a moped and on the rare occasion you couldn’t find him, he would most likely be buried in a bowl of edamame with his sushi loving partner, Marky. He also pretended to like us the most out of all our crew.Support the industry crew workers and donate to @SupportAct or @CrewCareAustralia at the link in bio.

Continuing on with our crew member spotlights, we hope you are enjoying these stories from the past as much as we are!Stephen ‘Brownie’ Brown joined the PF Caravan in 1996 and remained as On Stage Monitor and Side Fill Guy until 2010. Brownie was renowned for his calm demeanour and the ability to maintain a Buddha like presence under all circumstances, no matter what the pressure. His daily consumption of around 3 litres of Coca Cola, 25 Stuyvos and a couple of Chico Rolls - all washed down with a steady stream of self brewed Gorilla strength coffee from his own plunger contraption- no doubt helped the calm to come down. Brownie had an unwavering aversion to any form of spicy food and an unfailing ability to confuse wait staff around the globe with intricacies of his food order, and his absolutely justified incredulousness with how Americans (and the English, and the Dutch, and the Spanish…..) could make a mess of his meal order. He had the uncanny superpower of being able to sleep from the moment he sat in his plane seat until disembarkation but Sevillano Brownesteros was also renowned for his Captaincy of the Crew Van as he was always first present and correct at Lobby Call with Navigation device at the ready. He also possessed an uncanny ability to be following the slowest driver on the road. On our first trip to the US, Brownman was quite rightly peeved that Peter Stuyvesant darts were not available. He used the plain logic that they were the ‘International Passport to smoking pleasure’ so...........where are they? The sales assistant was unimpressed. The feeling was mutual and Browndog made it quite clear immediately. He was the resident punster of the touring party and almost always had a story of incredulity about the appalling behaviour he had witnessed along the day. Salute to you Stephen Brown.Support the industry crew workers and donate to @SupportAct or @CrewCareAustralia at the link in bio.

So.. We've got some news.. It's our first new album in a decade! We can't wait to share 'Unreleased' on November 27, a collection of previously unheard and unreleased tracks from the years 1998 – 2010.We are unbelievably grateful for all the love on 'Day by Day' which will also be on the album and recorded during sessions from our fifth album, Vulture Street. You'll be able to hear so much more from so many of our albums on this new record! Pre-order today at the link in bio. Love PF x

Ask and you shall receive! The complete series of the Great Australian Albums Documentary is now available on @youtube at the link in bio!Take a closer look at how ON5 all came together, you’ll see all the stories behind the songs and the time they were written in. Delving into all the favourites such as 'These Days', 'Like A Dog', 'Up & Down & Back Again' and 'Thrilloilogy'.

Powderfinger are proud to be part of #ausmusictshirtday which aims to raise valuable funds for @SupportAct who provide important support to our valued music community through tough times.We have created a brand new design to celebrate Aus Music T-Shirt Day – The #Powderfinger Internationalist Plane, designed by @rupert.gruber! 20% of all profits from the sale of this T-Shirt during the Aus Music T-Shirt Day Campaign will be donated to #SupportAct.

Next up is Mark McElligott, as we shine the spotlight on the incredible crew members that have worked with us throughout the years, having become ingrained in the PFC (Powderfinger Crew) for life.Mark ‘Marky Mark’ McElligott mixed PF Front of House from 1996 until the end in 2010. Having talked his way into the entourage while sharing a house with Dz, he became the longest serving member of the PFC and ‘racked up’ the most miles of any crew member. He was renowned for beastly front of house mixes and also for his ability to perform the absolute minimum amount of work possible to achieve that end. He is what’s known as a White Glove Mixer. Coming from a strong Labor background he was often at the centre of arguments about world affairs and his hobbies include : arguments, heavy sushi consumption, Reeves and Mortimer, arguments, Wild Unsupportable Conspiracy Theories, Phil Collins’ drumming, Genesis, arguments, his love of North Queensland, Freddie Mercury impersonations and taking up space in the band room after sound check. Marky worshipped chook-cookers - cars with rotary engines. As well as being able to impersonate Daleks and make the world’s most annoying sound, he could also reproduce the sound of an RX7 on cue. How this man’s ears were his livelihood is a mystery. He also sang background vocals on Day You Come from Front of House. Nicknames : Funky Bunch, Gramps, McAnalogue.Support the industry crew workers and donate to @SupportAct or @CrewCareAustralia at the link in bio.

We'd like to shine the spotlight on the incredible crew members that have worked with us throughout the years, having become ingrained in the PFC (Powderfinger Crew) for life.Denis Sheahan was PF tour manager from 1997 until the end of the Sunsets tour in 2010. He piloted the band and crew around the world with Germanic efficiency in his uniform of Black Lacoste, Navy 501s and Black Suede Clarks. Sometimes he really branched out and wore a Tan Suede Clark Wallabee. His hobbies include: on stage symmetry, sourcing the current town’s best dumplings, creating delicious industrial strength margaritas in the Tour Manager’s Lounge, regaling Lounge guests with tales of his days as Roxus’ guitar tech, securing upgrades, charming hotel, venue, (Swiss) border control and airline reception staff, Stuyvos and Jack Daniel’s. Always snagging the best room out of the group because he “needed” a desk. Established ‘bed-kingdom’ ..which we all adopted at various points. Easily the most organised person of his generation. AKA Denno, Deniz, Denshe, Den Dog and Dookie.Support the industry crew workers and donate to @SupportAct or @CrewCareAustralia at the link in bio.

We have to say it, we have the best fans in the world! Since the release of 'Day by Day', we've hit over 1 million listeners on @Spotify and it's all thanks to you legends! Thank you for standing by us as we bring new music to the world. Endlessly grateful. If you haven't yet and want to check out the new track, head to the link in bio. Love PF x