37940
Django Django
Electric Brixton
https://eventseeker.com/london/oct-22-2021/411813501-django-django
{"https:\/\/f0a20826c00e9d7a2251-705026f0dfbdd9ff017b1fa0935e2386.ssl.cf2.rackcdn.com\/511_c-1.jpg":"glasseyes view^:^http:\/\/www.flickr.com\/photos\/axelhartmann\/3284761111\/^:^https:\/\/creativecommons.org\/licenses\/by-sa\/2.0\/deed.en"}
Photo:glasseyes view
pictishtrail.co.uk
www.facebook.com/pictishtrail
The Pictish Trail is the stage name of Scottish musician and head of Lost Map Records, Johnny Lynch. Named after a trail linking Inverness and Golspie, The Pictish Trail released its first album in 2003 through Fence Records, which Lynch ran until 2013. His proper debut happened in 2008 with Secret Soundz Vol. 1, released to critical acclaim. His next album, 2010's 50-track In Rooms, was essentially a mini-album comprising 30-seconds-long songs. Secret Soundz Vol. 2 followed soon and was well-received by critics. It was re-released the following year as part of a double CD set through Moshi Moshi. After dropping 'The' from his name, Pictish Trail issued his next album, Future Echoes, in 2016 on Lynch's new label - Lost Map Records. Thumb Word, comprising the tracks "Turning Back," "Repeat Neverending," "Double Sided" and more, dropped in 2020 to positive reviews.
FOLLOW
SHARE
FOLLOW
SHARE
0 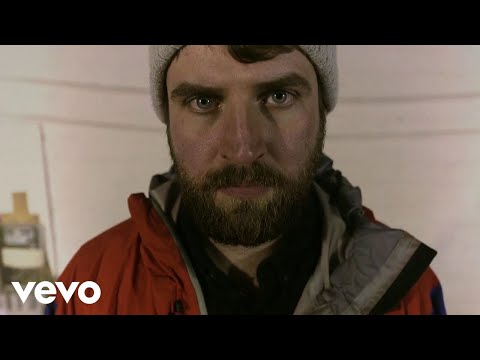 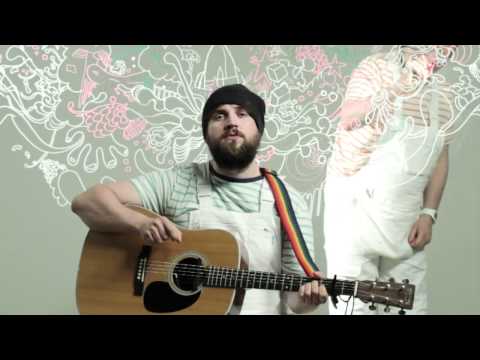 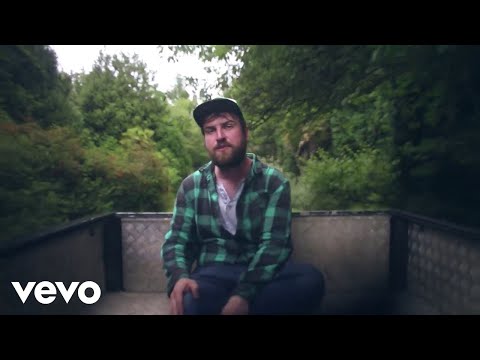 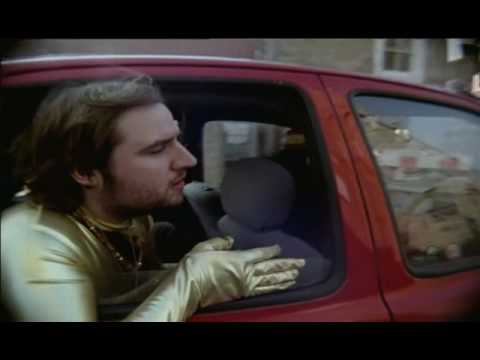 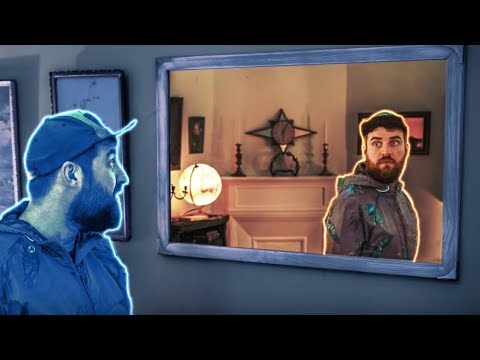 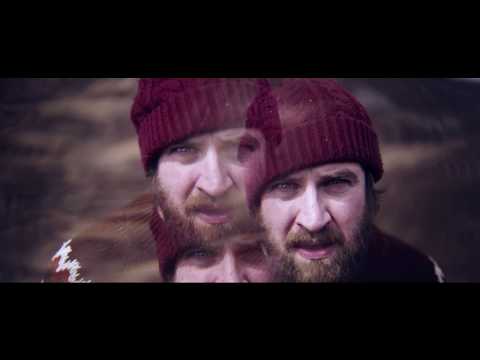 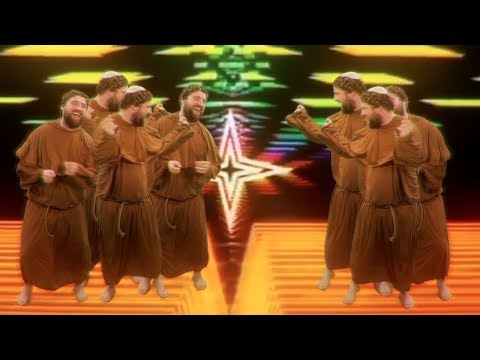 Spent quite a bit o’ time this past month putting together the new episode of the Lost Map Podcast, with my pal Joe Cormack. If you’re new to the world of @LostMapRecords it’s probably a good one to start with.⁣⁣Got interviews with @marthaffion, @firestationsband, some nonsense with @_sulka & @callum_easter, and first play of an amazing song from @clementinemarch.⁣⁣Have a listen: flow.page/lostmap⁣⁣⁣⁣[new logo by @DavidGalletly]

⏰ TURNING BACK ⏪⁣⁣⁣“Hour’s turning back / I was turning back” This song is about replaying the moment you meet someone, and wanting to live it over and over again. I was thinking about Daylight Saving Time, the clocks going back, and getting an extra hour in someone’s company; this was paralleled with the idea of us all reliving our lives through photos and videos on our touchscreen devices, rewinding and rewatching, instead of living in the moment. "You and me trapped inside a device controlled by each others thumbs & minds / i was turning back to the moment that we met in slow motion, rolling it over and over and over”.⁣⁣I wanted the recording to have a big Saturday night feel. Proper Whigfield, yeah? @BeatsByBob did most of the drums on the Thumb World album, but he suggested we try something different for this one, and so I got in touch with Alex Thomas - who played on Future Echoes. Alex’s drumming sends this disco-pop song into outer space, and I remember Rob and I listening back to his takes and having a good dance. I very much enjoyed getting the cowbell out, oh yes.⁣⁣For the artwork, @Swatpaz designed a dancing clock character, with glittery super-retro rewind button eyes. I always thought this wee guy would look great as a repeat print all over a black Hawaiian shirt, and was going to get some made, but it looked far too expensive. Richie Morgan (@laslo_panaflex) made an accompanying sing-a-long lyric video, trapped inside an 8-bit game, which I also love. Really chuffed to have had such a good team involved on this song.⁣⁣You can pick up a copy of Thumb World on vinyl from pictishtrail.co.uk if you so choose. There’s some mugs and caps and stickers and shirts and stuff, too. Enjoy your extra hour of Saturday night / Sunday morning. x

‼️SHOW UP FOR THE ARTS‼️⁣⁣⁣THIS THURSDAY our @LostMapRecords takeover of @renfrewshireleisure’s STUCK IN THE HOUSE SESSIONS continues. I'll be doing a live Pictish Trail set, from my shed, streaming @ 8pm.⁣⁣⁣I'm wearing this SHOW UP FOR THE ARTS t-shirt - designed by @JackySheridan for @theSkinnyMag. I bought my shirt from @WeAre1of100 - which, as their name suggests, is limited to just 100 shirts.⁣⁣⁣I'm a big fan of @TheSkinnyMag, & the message behind this shirt. Culture is being crushed. Now, more than ever, we need to support the arts. ✊

PART TWO of our @RoziPlain interview is out NOW. Search for 'LOST MAP PODCAST' on your podcast app of choice - there's also a link in my link-tree in my bio.⁣⁣For the last episode of our current series, @LostMapRecords alumni Rozi Plain is joined in conversation by her collaborators Gerard Black (@babeband) and Jamie Whitby-Coles (B-Fax / @thisisthekit), to discuss their experience on the Isle of Eigg for our VISITATIONS residency project. At the end of the episode, I look back across the two series of VISITATIONS records we've released so far...⁣⁣=-=-=-=-=-=-=-=⁣⁣In January 2020, Rozi Plain travelled over to the Isle of Eigg to work with two of her closest companions; GERARD BLACK, a Glasgow-based musician and songwriter, frontman with electronic synth upstarts Babe, and frequent performer with Charlotte Gainsbourg and François & The Atlas Mountains; and JAMIE WHITBY-COLES, a fellow acolyte of the Bristol scene, who plays alongside Rozi with This Is The Kit, and creates his own music under the moniker B-Fax. ⁣ ⁣Whilst on the island, this ebullient trio recorded a collection of woozy, groovy instrumentals and songs; dreamy guitars, soft analogue synths, floaty drums and percussion collide, each pal taking a turn on lead vocals. ⁣ ⁣Part two of our two-part interview, was recorded in September 2020. Rozi, Gerard and Jamie were in Winchester, sat in Rozi’s parent’s garden - taking a break from recording some new demos. They discuss how they met one another, their trip to Eigg, and their writing/recording process during their stay on the island. Throughout this episode you’ll hear clips of some of the tracks they created for the project. ⁣⁣=-=-=-=-=-=-=-=⁣⁣To listen to the music they created in full, and to support this podcast, please subscribe to VISITATIONS. You’ll receive 3 x 12” vinyl releases (with CD and download copies included) from the three acts in the current series - Arthur King, Rachel Aggs, and Rozi Plain. Go to lostmap.com/visitations for more info.⁣⁣

I’M A MALE MODEL.⁣⁣Yes, it’s BANDCAMP DAY … and LOST MAP BOBBLE HATS are BACK IN STOCK, with TWO NEW delicious colours …⁣⁣We sold out of these new hats within 2 hours this morning, but are taking pre-orders on the next batch, which should be with us in 3 weeks. These double-lined hats are made in Scotland by Wonky Woolies, and feel reaaaaally warm and cosy. Perfect for winter, and make a great present too.⁣⁣⁣

BAD ALGEBRA⁣⁣When I was 12 my family moved to North Yorkshire. I was put in a new school, and I think I was put in too high a year. I struggled in Maths - there was a test about 2 weeks after I had arrived, in algebra. I thought I’d got the grasp of it, but when I got my results back the next day, the 1% score revealed that I hadn’t.⁣⁣This song is about how being in the company of certain people can make you feel more alone than if you were on your own - which can be a comforting thing as well as an isolating feeling. “You are my solitude, i’m never so alone by myself”. ⁣⁣Sometimes it’s difficult to have any sort of bearing on your own identity. You wake up in the morning, you hear the news, look at your social media, & often you’re asked to take a side, or work out your opinion on something, something you don’t know anything about. It’s confusing. In the song ‘Double Sided’ I imagined our online lives as a conveyor belt of identikit bodies, in which we try out multiple versions of ourselves, working out which person we want to be. With ‘Bad Algebra’ I was thinking about how we become aware of our true selves when in the company of a family member, partner or close friend. Almost like these people are a mirror to who we really are. Sometimes we don’t want to look in that mirror, and being around that person can feel suffocating. ⁣⁣The choruses are mostly nonsense - distorted frustration, trying to derive meaning from something that is ultimately meaningless. There’s a line about “a Tetra-Pak of failures”, the supposedly recyclable packaging that is actually causing a lot of pollution. ⁣⁣For the artwork, @Swatpaz created a zombie thumb character, who has been glitched/distorted by all the bad algebra he’s tried to make sense of. @Laslo_Panaflex created a lyric video, with animated sheep flying through space.⁣⁣When I was 13, our family moved again - this time to Connecticut, in America. Another new school. They call it ‘Math’ over there. There was a test shortly after I arrived, in which I scored 110%. I had to explain to the math teacher that this wasn’t mathematically possible. “Don’t forget extra credit, John” was his reply.

SLOW MEMORIES⁣⁣Sometimes songs can start with just a word. I’m a big fan of Beck, and had been listening to Mutations a lot - there’s a song called ‘Cold Brains’ that I really love. The word “brains” is so weird, and sounds funny to say - I wondered how I could fit it into a song. ⁣⁣For some reason, it got me thinking about alien abduction. I started looking into various accounts from the 1950’s and 60’s, up through the 70’s and 80’s, wondering what compelled people to share their supposed out-of-body experiences. Was it a fascination with the idea of surrendering to the unknown - perhaps wanting to escape from ordinary, domestic life? The word “unpredisposed” was used by an American folklorist called Thomas E Bullard, regarding the consistency of the accounts of those who claimed to have been abducted - there was no precedent in culture/fiction that corresponded to the abductee’s recollections, and yet they all seemed to have similar experiences. ⁣⁣I don’t actually believe in aliens or alien abductions or any of that. I just thought it was a fitting metaphor for feelings of shame, and the desire to remove oneself from normal life, to be controlled by something out-with your own power, not taking responsibility for your actions. We all fantasise about being transported elsewhere, sometimes, i’m sure - although not always with a probe up your ass.⁣⁣@Swatpaz made an animated video, which is so unbelievably perfect, I can’t quite believe it exists. Our thumb character is obsessed with hitching an abduction, and forsakes his own sanity (and family) in his pursuit of a majestic alien encounter. This is so often how I feel about the lure of “showbiz” - constantly distracted by the dangling carrot of fame, bright lights and glamour, forgetting the reality and beauty of real life. The bit where he’s being lifted up by a beam of light, and fades from his family photo - heartbreaking!⁣⁣Big love to @kim.moore.sound for her extra-terrestrial viola & FX production on this - she created so many other-worldly sounds, i remember being really excited hearing them for the first time, and weaving them across the whole song with @beatsbybob.⁣⁣

➡️ SCROLL FOR ALL THE HOT PICTISH PRODUCTS AVAILABLE FROM THE LOST MAP BANDCAMP PAGE 2DAY.⁣⁣

Sparrow and the Workshop