37271
Jaeger x Retro Pres. Jeff Mills
Jaeger
https://eventseeker.com/oslo/feb-27-2020/381437510-jaeger-x-retro-pres-jeff-mills
{"https:\/\/94f25d5fce3d6f1478b5-8492f2475187762e2e44cf8c753691ec.ssl.cf2.rackcdn.com\/37271-1.jpg":"Jacob Khrist^:^https:\/\/www.tailored-communication.com\/artists\/jeff-mills^:^"}
Photo:Jacob Khrist
www.facebook.com/JeffMills
Techno artist Jeff Mills rose out of the underground of Detroit's dance music scene. Founder of the artist collective Underground Resistance, he's been a champion of the city's techno community since he first learned how to DJ. Alongside becoming one of the most beloved techno DJs in the world, he also made a name for himself as a producer with his own label Axis Records. With an extensive catalog of LPs, such as his 1992j debut Waveform Transmission Vol.1 and 2015's Proxima Centauri, he's earned the respect of his peers, critics and fans alike.
FOLLOW
SHARE
FOLLOW
SHARE
0 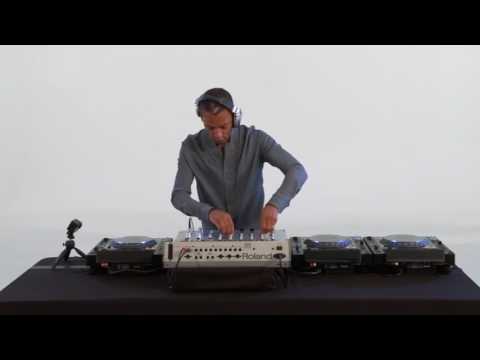 I met sound designer @yurisuzukilondon ahead of the Electronic exhibition in 2020 at Design Museum. We spoke about how technology impacts modern music and it’s future. Watch in full on IGTV @designmuseum Filmed against the backdrop of Yuri’s display #SoundInMind

The last Chapter of The Director’s Cut is dedicated to... The Bells. Orchestra version with the Montpellier Philharmonic will be available for the very first time on vinyls, December 6. #thebells

@konbini video interview at the construction site of the Ariane rockets! Now available on their YT channel. Link in bio.