37079
Damon Albarn
Studio - Bozar
https://eventseeker.com/brussels/may-17-2020/376311797-damon-albarn
{"https:\/\/94f25d5fce3d6f1478b5-8492f2475187762e2e44cf8c753691ec.ssl.cf2.rackcdn.com\/37079-2.jpg":"Rama^:^http:\/\/commons.wikimedia.org\/wiki\/File:Damon_Albarn_Performing.jpg^:^http:\/\/creativecommons.org\/licenses\/by-sa\/2.0\/fr\/deed.en"}
Photo:Rama
www.damonalbarnmusic.com
www.facebook.com/Damonalbarnofficial
Widely known and adored as lead vocalist of the Britpop band Blur, Damon Albarn is a singer/songwriter and producer from Essex, England. Spearheading the Britpop movement along with band mates Graham Coxon, Alex James and Dave Rowntree, Albarn formed Blur in 1988 and released the band's debut album Leisure, in 1991. He continued to release music with the band throughout 2003, incorporating elements of indie rock, electronic music and hip-hop into its sound as Britpop declined, and eventually joined his ex-bandmates again in 2008 to reform Blur. Albarn is also the co-founded of the virtual band Gorillaz, and has remained the only permanent musical contributor to the electro-hop, alternative rock project. In addition to releasing music with Blur, Gorillaz and his multiple other side projects, Albarn has released several solo records, including his 2003 EP Democracy and his 2007 debut solo album, The Good, the Bad & the Queen, which is sometimes credited to an eponymous super group of collaborators
FOLLOW
SHARE
FOLLOW
SHARE
0 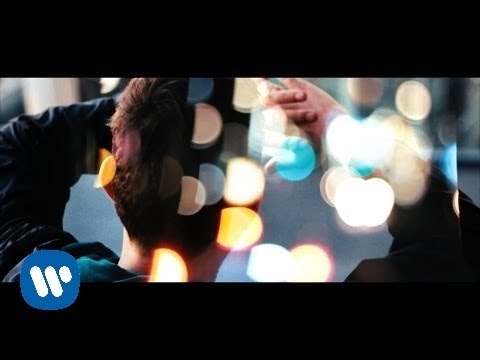 The Nearer The Fountain, More Pure The Stream Flows by Damon Albarn, inspired by the landscapes of Iceland, will visit several cities across Europe in May next year. ⁣⁣The performance at the Barbican, London will feature conductor André de Ridder, as well as visuals by Icelandic filmmakers capturing the changing seasons, with vocals and recordings of natural sounds and instruments. ⁣⁣More information and tickets via the link in bio.

Here is @goodbadqueen with Nineteen Seventeen (live, in Paris) ⁣Filmed at Le Trianon, May 2019 ⁣Watch the full video - link in bio

‘Become The Tiger’ is the second track to be released from the EGOLI album by @africaexpresshq. ⁣⁣⁣Full album out 12th July

It's the Paul & Damon Radio Show on @bbc6music! Sitting in for @IggyPop tonight from 7pm (link in story)

MOLO - the Xhosa word for Hello - is the name of a new 4 track EP out now on @africaexpresshq available on all platforms. (Link in bio)Africa Express travelled to Johannesburg for a week of discovery, collaboration, music-making and live performances.

New video for The Truce of Twilight, from Damon and The Good, The Bad & The Queen. Link in bio

Listen to a selection of songs chosen by Damon Albarn - “Road To Kankan” features music by @amadouetmariam @maleekberry @skeptaofficial @wizkidayo and many more.Now playing on @spotify (link in @goodbadqueen jukebox highlights)

Damon is back on the road with @goodbadqueen in 2019 - Uk & Europe. Buy tickets here: https://www.thegoodthebadandthequeen.com/tour #MerrieLand