34181
Nels Cline
{"https:\/\/f0a20826c00e9d7a2251-705026f0dfbdd9ff017b1fa0935e2386.ssl.cf2.rackcdn.com\/503_c-1.jpg":"jbhthescots^:^http:\/\/www.flickr.com\/photos\/jbhthescots\/6605617895\/^:^https:\/\/creativecommons.org\/licenses\/by-nd\/2.0"}
Photo:jbhthescots
nelscline.com
www.facebook.com/nelscline
Probably best known as the lead guitarist for popular indie rock band Wilco, as well as the frontman of his eponymous project The Nels Cline Singers, Los Angeles-based Nels Cline has quite the resume. First appearing on woodwindist Vinny Golia's 1878 record, Cline went on to perform in several genres, including fusion jazz, country-folk, experimental noise and rock. A favorite amongst musicians, Cline has collaborated with several respected artists (Ramblin' Jack Elliot, Thurston Moore and Carla Bozulich to name a few), marking him as a musician that can adapt his guitar skills to nearly any style of music.
FOLLOW
SHARE
FOLLOW
SHARE
0
VIDEO
Nels Cline & Larry Ochs, part 1 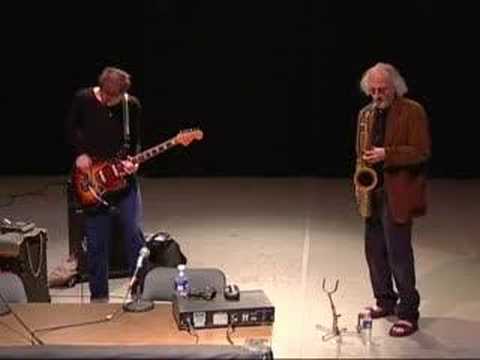 Nothing says “holiday time” to me like a night of free improvised music with people who really know how to play free improvised music. I assume you all agree, hence I look forward to seeing hoards of holiday listeners when I hold forth with Thollem McDonas (keys), William Parker (bass), & Michael Wimberly (drums) this Sunday. You read that right!Here’s the info: El Barrio's Artspace PS109. $20. 7PM. Bring your own eggnog....

Denizens of the West Coast, please take note: @cupmusicentity (@eucademix & myself) is coming west for a smattering of concerts in February! This is a rare opportunity to hear CUP ‘live’ in support of our recently-released album “Spinning Creature” (which is on Brooklyn’s own @northernspyrecs imprint and, we might add, is a really great gift for that special someone...). Please see the schedule above and have a warm and wonderful holiday/New Year.....

CUP IS HEADING WEST! In February! Yep, @eucademix and I (AKA @cupmusicentity) are playing a tiny number of shows in Oregon and California (sorry that there are so few but...scheduling!) in support of our recently-released recorded document “Spinning Creature”. Now you have something to look forward to in 2020 besides the possibility of impeachment!XOTickets in bio. 2/8 Portland, OR 2/11 Los Angeles, CAPhoto by: @qbertplaya

From Kim Bjørn and BJOOKS, the people who brought you the exceptional book “Patch and Tweak: Exploring Modular Synthesis” comes “Pedal Crush”, their brand new examination of effects pedals containing 50 interviews - one with yours truly! Hundreds of pedals are included as are vivid descriptions/applications. These folks know how to put this stuff together! So if you’re a pedal geek or you know one, this may interest you…. Learn more at http://bjooks.com

Headline news: SPINNING CREATURE UNLEASHED UPON THE WORLD TODAY!The debut album by @cupmusicentity (@eucademix + Nels Cline) entitled Spinning Creature is released today, the 1st of November, by Brooklyn's own @northernspyrecs! Those in the vicinity of New York City are advised to attend their concert at @nublunyc 151 tonight in celebration of this startling development! Tickets still available. Listen to Spinning Creature at the link in bio.

Improvising! Live! From Pioneer Works in Brooklyn: radical empathy from Thollem McDonas (keys), Michael Wimberly (drums), and yours truly, AKA the Radical Empathy Trio! “Reality and Other Imaginary Places” is OUT NOW (so out!...) on ESP-Disk. Please listen....

‘Berries' represents an unusual methodology in that the music was written to set a short, somewhat whimsical poem to music. There was no intention in adding another food-referencing song to Yuka's oeuvre, but on the surface it does seem to be about...berries! The jam-out that makes up most of the song after the initial theme is another excellent example of Yuka's post-production magic, and (for all you nerds out there) the guitar looping stuff is a real-time performance. And for electronics nerds, the Tenorion track is all live also!Berries is out everywhere today, link in bio.

Jam #3 from @cupmusicentity is “Berries”, a percolating jolt of contrasting flavors coming together in a danceable dish! Dig in!Out everywhere tomorrow, listen now via @floodmagazine at the link in bio.

When the good people at Red Panda asked me to contribute a track to their Tensor benefit compilation, I was excited but a little nervous. The Tensor is a very deep device! My strategy was to do mostly open-tuned, prepared guitar and attempt various Tensor effects. The result - entirely improvised - seemed to have drawn inspiration from the great guitarist/violist/bassist/composer Fred Frith, so I called the track “FFF” - meaning for Fred Frith. It was later that I learned that he was also submitting a track (it’s really lovely)! Other cherished comrades on it include Yuka C Honda (❤️), Zeena Parkins, Henry Kaiser, & Nick Millevoi, along with other whom I can now listen to and learn about. Check it out, and your support is appreciated! Link in bio.

Though it may be well-disseminated info at this point, today Wilco's new album "Ode To Joy" is officially released! We are back! And we're on the road quite solidly for the next several months, so check us out if you can. This said, one can listen to "Ode To Joy" anytime now that it's out, so give it a spin, won't you? We are very pleased with this one. Thanks! XO N