33891
One Direction
{"https:\/\/94f25d5fce3d6f1478b5-8492f2475187762e2e44cf8c753691ec.ssl.cf2.rackcdn.com\/33891-8.jpg":"Modest Management^:^http:\/\/www.modestmanagement.com\/one-direction^:^"}
Photo:Modest Management
www.onedirectionmusic.com
www.facebook.com/onedirectionmusic
One Direction is an English band that first rose to fame after it competed on the popular British talent show X Factor. Though the group didn't win the competition, it managed to come in third place and showcase its music and style to a large televised audience. Quick to follow up with its popularity in lieu of its appearance on X Factor, One Direction released its debut album, Up All Night, in 2011. The album--a polished pop effort that showcases the vocal talents of each member-- performed quite respectably on the British music charts and as the band continues to release more studio material and tour, it's popularity will no doubt continue to grow.
FOLLOW
SHARE
FOLLOW
SHARE
0
VIDEO 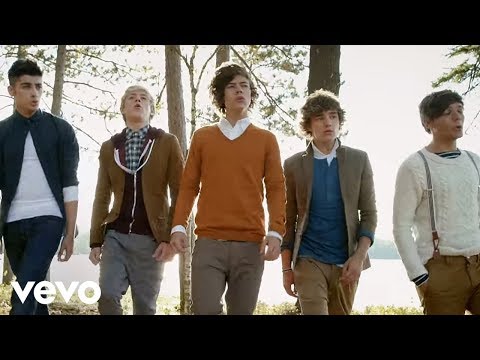 Gotta Be You
One Direction

Throwback to the guys with @simoncowell following their epic @TheXFactor Final performance of 'History'!

The guys are nominated in two @BBMAs categories! Tune in May 22nd. #BBMAs

US fans! Drumroll please... we have picked the winner of the #1DCivicDesignContest! Thanks to everyone for submitting all of your awesome entries! The lucky (and clearly very talented!) winner will receive an all-new 2016 Honda Civic Sedan customized with their Made in the A.M. inspired design. Congrats and enjoy your new ride! #HondaCivicTour @hondastage

#OTRAThrowback: who can guess where this was?

What a night @BRITs! Thanks for all of your votes. #BritDragMeDown

Let’s throw it back to last summer’s #HondaCivicTour! The guys took us behind-the-scenes in their tour diary series. Do you remember which 1D member got silly string sprayed all over him while onstage? Watch Tour Diary Part 3 again to find the answer: Honda.us/1DTourDiary3 @HondaStage Photo: Cal Aurand

The guys lived a day in the lives of astronauts for their #DragMeDown music video. Do you remember which one of the guys almost had an all-out battle with an alien during the video shoot? If you missed out on the behind-the-scenes action the first time, you can watch now at:Honda.us/1Dvid2#HondaCivicTour @HondaStagePhoto: Cal Aurand

US fans! Here’s your chance to win a 2016 Honda Civic Sedan customized with your own 1Dinspired design! Just download the #1DCivicDesignContest template, customize your Civic and submit. The guys will personally choose one lucky winner! Enter now at: Honda.us/CivicDesign Ends 11:59pm ET 2/14/16. No purchase necessary. Open to US only, 18+. Void in AK, HI and where prohibited. See full rules for details: Honda.us/DesignRules @hondastage #HondaCivicTour