33541
Holly Throsby
{"https:\/\/94f25d5fce3d6f1478b5-8492f2475187762e2e44cf8c753691ec.ssl.cf2.rackcdn.com\/33541-1.jpg":"kingArthur_aus^:^https:\/\/www.flickr.com\/photos\/theholygrail\/7542260904\/^:^https:\/\/creativecommons.org\/licenses\/by\/2.0\/"}
Photo:kingArthur_aus
www.hollythrosby.com
www.facebook.com/HollyThrosbyMusic
Sydney-based singer/songwriter Holly Throsby has found a good deal of success not only in her native Australia, but also throughout the US and UK. First touring overseas with her band Seeker Lover Keeper, which also boasted Sally Seltmann and Sarah Blasko as members, Throsby eventually started writing solo material. She soon caught the attention of indie folk gods Bonnie 'Prince' Billy and Andrew Bird, both of whom she sang duets with. Since then, Throsby has been nominated for four ARIA awards and has firmly established herself as a member of the folk scene.
FOLLOW
SHARE
FOLLOW
SHARE
0
VIDEO
A Heart Divided 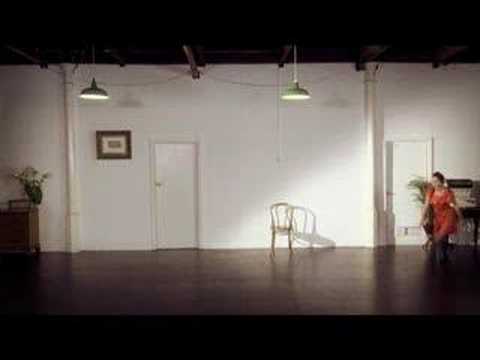 Newest member of our family is six weeks old today

An enormous bird of prey, possibly an eagle, just flew over our yard, whilst being mobbed by several other smaller birds and, as it went over, it dropped this deeply odorous sea life on our innocent vegetable garden.

Yesterday we said goodbye to Jones. It has been the greatest privilege to share my life with her over the past almost thirteen years. She was so wonderful, and loved by so many people.I adored her and I am heartbroken.

In unfortunate news, I have broken my foot. The cause was so mundane (stepping off the deck wrong) that it doesn’t warrant any further elaboration. Moon boot for 6 weeks! My first moon boot, my first broken foot. Sigh.

The patience of an old dog.

After & before pics of our conversion of never-used play structure into chicken coop! All wood salvaged from the original structure + what we had lying around. An example of what our neighbour affectionately calls ‘bush carpentry’ - an enthusiastic yet untrained method of construction, perhaps reminiscent of Grug. Good job Zoë! Also I helped! Trying to make the best of these awful times.

This new smaller edition of Cedar Valley is out now. It came out in January in fact but oops I forgot to post about it. Today I thought, well I guess some people have more time on their hands to read. Except for parents who are now in the process of home-schooling. Even then, perhaps this could be something of an escape at the end of the day? This edition is a bargain at $19.99. Support your local bookstore today, I see many are now offering free delivery. Stay well, stay home, and wash your hands.

Due to concerns over public health, we of @seekerloverkeeper_ have decided to cancel our shows at the end of this month, in Meeniyan, Anglesea & Bendigo. Of course we are disappointed not to play, but we strongly feel this is the right thing to do. Tickets will be refunded.I hope everyone is going okay out there during this deeply unsettling and uncertain time. May I recommend non-physical methods of reaching out to loved ones, washing your hands, doing whatever you can to protect those who are vulnerable, and reading heaps of books. May you be safe and well.