33001
The Magician
{"https:\/\/94f25d5fce3d6f1478b5-8492f2475187762e2e44cf8c753691ec.ssl.cf2.rackcdn.com\/33001-2.jpg":"The WIndish Agency^:^http:\/\/www.windishagency.com\/artists\/the_magician^:^"}
Photo:The WIndish Agency
www.the-magician.com
www.facebook.com/themagicianmusic
Stephen Fasano is a Belgian recording artist and DJ who makes his own brand of disco house under the moniker The Magician. Former member of Aeroplane, he embarked on his solo career in 2010 and released his first single, "I Don't Know What To Do," in 2011. Although he has held a notable partnership with fellow producer Yuksek, with whom he released several EPs, The Magician is most renowned for his remixes. With dozens of remixes under his belt, including his hit reworking of Lykke Li's "I Follow Rivers," he has collected a massive following among international electronic dance music audiences.
FOLLOW
SHARE
FOLLOW
SHARE
0
VIDEO
The Magician - When The Night Is Over feat. Newtimers (Official Video) 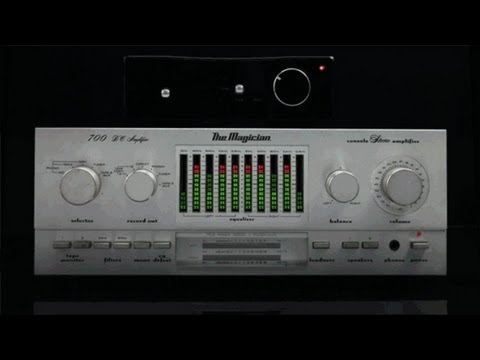 The Magician - When The Night Is Over feat. Newtimers (Official Video)
The Magician
Social Media
Facebook
https://www.facebook.com/themagicianmusic
The Magician
Instagram

Are you ready for this ? New remix for @mercer out this Friday

10 years of Magic Tapes ! Now all compiled on YouTube (link in bio). What’s your favorite ?

My remix for my mate @bbbostonbun is out today everywhere ! The inspiration to make this remix came for my love for Royksopp ‘s 1st and 2nd album that I listened a lot on holiday in July... but Royksopp had a major influence to my music back in the days.

« YOU AND ME » video is out now! Link in bio. Thanks to everyone who has been involved in the project ❤️

« YOU AND ME » video dropping this Friday

Woke up in LA