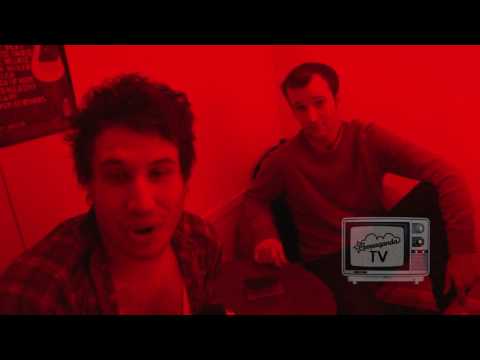 Behold! The C.Y.M. 12” featuring a GORGEOUS reflective sleeve is out now. Available online and in certain discerning European record shops. Get one while you can! To do so click the Lincoln M’Baio.Also, thanks to anyone who has checked out the tracks thus far. I think that’s pretty cool!

Hello sweeties. Today my new band with @fortromeau, called @c.y.m.official, released its first ep on @phantasysound! Click the link in my bio to check it out!

It brings me great pleasure to announce that I’ve joined forces with my dear friend Mike @fortromeau to form a new band. We’re called C.Y.M. and our first EP is out Nov 15 on @erolalkan’s @phantasysound. Pre-order link is in my Baio. @lukeabbottmusic mixed two of the tracks & my guy @damsofthewest slapped the tubs on one. Hell yea! @c.y.m.official

Happy Halloween from Siobhan Roy and her husband Tom Wambsgans

A man and his delicious pancake birthday cake.

Episode Four of The Road Taken is out now. We talk to absolute legend @mobbdeephavoc about a treacherous first Mobb Deep show, performing with the neighborhood, and loss, among many other things. A generous and incredible guy! Give it a listen!

Yesterday my Cousin Harrison and The Cardinals made it into the NLCS! It was also the last North America show of the Father of the Bride tour this year so I had to wear my @aybaybader jersey. Unfortunately, it was extremely cold at Red Rocks last night so I had to wear my Wambsgans-at-Argestes vest over it during the show. Thanks so much to anyone who came out to any show on this run, they were sick! What a year it’s been!

This was not planned.

Greetings! CT & I have a podcast with The @ringer. That’s crazy! It’s about the experience of being a touring musician. We talked to some rad people! First episode is next Wednesday. To subscribe click the Linkin my Baio