25106
The 2 Bears
{"https:\/\/94f25d5fce3d6f1478b5-8492f2475187762e2e44cf8c753691ec.ssl.cf2.rackcdn.com\/25106-2.jpg":"The Windish Agency^:^http:\/\/www.windishagency.com\/artists\/the_2_bears^:^press image","https:\/\/94f25d5fce3d6f1478b5-8492f2475187762e2e44cf8c753691ec.ssl.cf2.rackcdn.com\/25106-3.jpg":"The Windish Agency^:^http:\/\/www.windishagency.com\/artists\/the_2_bears^:^"}
Photo:The Windish Agency
www.the2bears.co.uk
www.facebook.com/followthebears
The 2 Bears is a London-based DJ and production duo consisting of Joe Goddard and Raf Rundell. Both already heavily immersed in the electronic music scene--Goddard as a production guru for Hot Chip and Rundell as a popular record label head--the two came together thanks not only to their mutual love for Chicago house, electro and Detroit techno, but also for their shared disdain for pretentious styles and attitudes in electronic music. The duo, often seen wearing full bear costumes, upholds this mission statement of sorts with silly, carefree tracks such as "Bear Hug" that try to add a palpable sense of fun to modern electronic styles.
FOLLOW
SHARE
FOLLOW
SHARE
0
VIDEO
Bear Hug 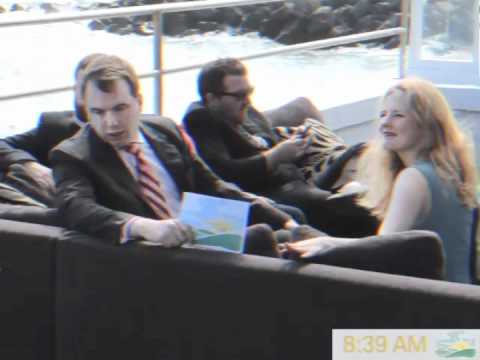 This festival is so great. Everyone should come. The lineup this year is excellent and Bilbao is beautiful. @bilbaobbklive

We’re going to play at the The Jazz Cafe! I went to see Richie Havens at the @thejazzcafe with Alexis when I was at school. Alexis’s dad took us and we had to sit upstairs and eat a meal CIA we were too little to go normally. At the end we went to meet him and I told him my mum had been to see him and he looked quite offended... anyway, it’s going to be great! Only 50 tickets left, come down! Joe.

We're excited for this one. Join us Dublin!With @2manydjs + @district_8_dublin we will dance

The 2 Bears sure had a nice time in the Golden State. Here is some audio evidence @crssdfestLink in bio #disco #the2bears #mix

Back at it in Antwerp this summer playing for the worlds most bonkers party hosts. A splendid time is guaranteed for all

Us Bears make our DJ debut in Chicago this Friday. Hometown to so many of our heroes. We can’t wait to work it for you. Come shimmy with us all night long at Cerise, ticket link in bio X

We’re playing at this march for a second vote on Brexit. I know it’s a massively divisive subject (it has caused divisions amongst members of my family). But personally I really don’t think that the public was aware of the reality of leaving the EU when the first referendum happened so I believe a second referendum (now that the details of leaving are becoming apparent) makes complete sense. Joe x

Two bears are simply cock-a-hoop to be California bound to play in the palms at @crssdfest in a couple of weeks with friends from near and far... We're giving away 2 pairs of tickets, just tag a friend below for the chance to win. Winners will be picked at random on monday!

We are actually genuinely excited to play at Ghost Notes on Saturday. No messing around with this one. Genuine human emotion. We’ve got bear new tunes to play an all. Link in bio