25091
Joris Voorn
Gewölbe
https://eventseeker.com/cologne/dec-31-2021/389428159-joris-voorn
{"https:\/\/94f25d5fce3d6f1478b5-8492f2475187762e2e44cf8c753691ec.ssl.cf2.rackcdn.com\/25091-2.jpg":"Joris Voorn^:^http:\/\/www.jorisvoorn.com\/press\/00_pictures_overview.html^:^"}
Photo:Joris Voorn
jorisvoorn.com
www.facebook.com/jorisvoorndj
Combining the four-on-the-floor pulse of house music with the analog synths and vintage sound of Detroit techno, Joris Voorn is a widely-known DJ in his native country of Amsterdam. He began DJing in 1997, captivated by the electronic genres he'd been exposed to for the first time just a couple years prior. His original tracks in the early 2000s caught the attention of some prominent DJs such as Carl Craig and Laurent Garnier thanks to their slick production and bouncy mix of techno and house. Voorn released Future History, his debut album, in 2004 and has since continued to perform throughout Europe and beyond.
FOLLOW
SHARE
FOLLOW
SHARE
0 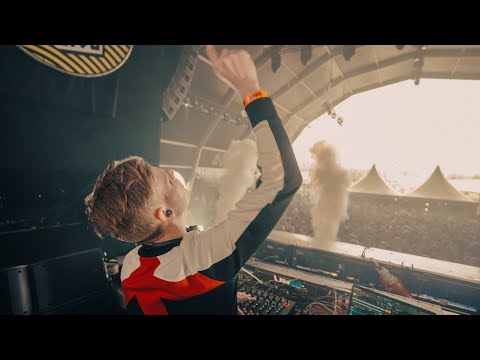 I’m going dressed up as myself today, can’t be bothered... #nowheretogo#halloween #amsterdam

I wish I played the #piano as a kid so I would have been a great player today.But I’m not

Welcomed by #Rowgelia at @elrowofficial #Amsterdam last Saturday.The stream is on my socials!

Tonight 8pm #Amsterdam time, I will be raving with these two @elrowofficial buddies!Trying out many new unreleased tracks!Link in bio:

Nea Skioni is released today and I hope that it brings everyone some positive energy in these times. Taken from my forthcoming GU: Rotterdam album which is out in a couple of weeks too. Stay safe and well guys

Beautiful #Amsterdam weather, and no #ADE this year..

At least I can still go #RecordShopping!

#Sunday walk thru the dunes.

On holiday in our own country. I haven’t visited thus place since I was a kid, but so much fun!#Madurodam #TheNetherlands