24930
United Fruit
{"https:\/\/f0a20826c00e9d7a2251-705026f0dfbdd9ff017b1fa0935e2386.ssl.cf2.rackcdn.com\/503_c-1.jpg":"jbhthescots^:^http:\/\/www.flickr.com\/photos\/jbhthescots\/6605617895\/^:^https:\/\/creativecommons.org\/licenses\/by-nd\/2.0"}
Photo:jbhthescots
unitedfruit.co.uk
www.facebook.com/unitedfruit
Comprised of four purveyors of discordant punk rock, United Fruit is a noisy garage band based out of Glasgow. After forming in 2007, the UK band immediately set about releasing its debut EP, which was released two years later and won the group quite a bit of praise from BBC Radio and various publications. United Fruit continued to spread it name through the high energy and tight arrangements of its live show, touring relentlessly throughout the UK and Europe and playing well-received sets at festivals along the way.
FOLLOW
SHARE
FOLLOW
SHARE
0
VIDEO
How Long 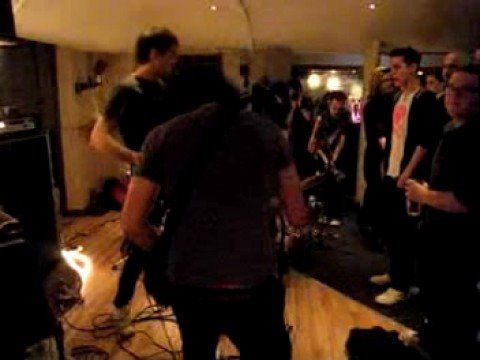 Nice to see our Mistress sticker still gracing the bogs at Sneaky Petes after all this time.

First show done. Thanks Aberdeen. Our new album is out tomorrow. Got a bunch of these tapes for sale. If you pick one up we'll email a digital copy of it.

We will have a very limited number of Eternal Return cassettes for sale at our upcoming shows. Cause we're hipster bastards #eternalreturn #unitedfruit #tapes

We've got a few shows this month starting tomorrow at Tunnels in Aberdeen. We hope you can make it. It's been a while.#unitedfruit #eternalreturn

Take a Worm for a Walk Week