24575
Brothertiger
{"https:\/\/f0a20826c00e9d7a2251-705026f0dfbdd9ff017b1fa0935e2386.ssl.cf2.rackcdn.com\/507_c-4.jpg":"mrhayata^:^http:\/\/www.flickr.com\/photos\/mrhayata\/276204067\/in\/photostream\/^:^https:\/\/creativecommons.org\/licenses\/by-sa\/2.0\/deed.en"}
Photo:mrhayata
www.brothertiger.net
www.facebook.com/brothertiger
Formerly performing under the moniker Monoteque, a project that focused on tribal electro-synth, John Jagos has since shifted his focus to Brothertiger, another solo project, but this time one that explores the floaty synth of chillwave. The Athens, Ohio-based producer and vocalist began Brothertiger in 2009 and has since played with infusing nu-disco into the traditionally summery and hazy sounds of the chillwave genre. Preferring to record with analog equipment, like many of his contemporaries, Brothertiger succeeds at creating nostalgic and danceable music.
FOLLOW
SHARE
FOLLOW
SHARE
0
VIDEO
Youre Afraid 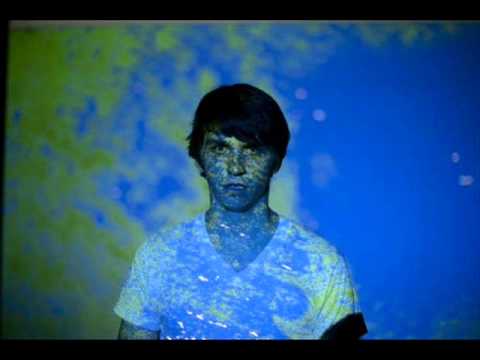 Woke up to this! So crazy how this song evolved from a back-of-the-album secret gem into my most popular track across all platforms. I never anticipated it would become as popular as it has, and I’m humbled, to say the least!Making this song truly rounded out the sound of this album as a whole. It was my favorite song to make, and I’m so glad it has become a favorite of yours to listen to.P.S. I’ve got some big news in connection to this album, coming soon!

Finally back on YouTube/Twitch tonight after a brief hiatus! Gonna be making some music and hangin’ out. Come join at 7PM EST.

Join me for a @reddit AMA on r/music tomorrow, Tuesday 9.15 at 1pm NY / 10am LA / 6pm UK time! Ask me anything, especially synth-related questions!

My new album, Paradise Lost, is officially out today. It feels like it was just yesterday that I announced it to the world, just as we were all starting to get a grasp on the changes in daily life. If this has been a whirlwind year for you, like it’s been for me, then I hope this album brings you some peace. I poured so much of myself into it, and I hope it connects with you in some way. Join me tonight in celebrating the release via my live performance on @bandcamp. Link for tickets in bio.I have to thank my amazing partner, @_lauraornella, for being my greatest supporter in all of this. I also have to thank my manager Evan (@satanicpanicrecordings) whose support and guidance wouldn’t have made this possible. Also, thank you to @communityoflivingthings, my co-producer and mixing engineer, who I have developed a deep musical connection with over the years, and whose ideas and inspirations always make my music bigger and more powerful.And finally, thank YOU! Without your support, none of this would be possible. I’m so thankful for the fans and listeners I have, and I’ve appreciated all of your personal messages about the album. Thank you so much.Thanks to:•My dad, John Jagos Sr., artwork•Kenny Phillips, album design and graphics@birdfishrabbit, drums@jasonlivermore, mastering@heatheredpearls, distribution and digital guidance@stevendukedesigns, animation

Excited to bring you “Paradise Lost,” the 3rd and final single from my upcoming record. This was the absolute last track I wrote for the album, and the first one that @communityoflivingthings mixed, so it’s special in that it set the precedent for how we wanted the album to sound as a whole. Link to stream in bio.Can’t believe Paradise Lost comes out this week! ⛵️Artwork by John Jagos Sr.Animation by the always amazing @stevendukedesigns

So excited to announce that I’ll be performing my new album, Paradise Lost, in full via @bandcamp ‘s new streaming feature on release day! Honored to be one of the first artists to test the platform.Brothertiger Presents: Live from Paradise LostFriday / Sept. 11th / 9 PM ESTTix: link in bioHope to see you there ⛵️

My new patches for @roland_us / @therolandcloud are here! Had a blast building presets for their amazing emulations of the Juno 106, Jupiter 8, JX-3P, and SH-2! I also spoke to them about my process with vintage synths and my love of all Roland products from the 80s/90s. Link in bio!

Packed up all the records and bundles sold on our initial pre-order for Paradise Lost last night! Pictured is half of what's being picked up by #usps next week. This was the first massive pre-order that Evan (@satanicpanicrecordings) and I have organized, and it's been quite a learning experience in coordinating such a huge amount of vinyl and other merch. If you are in Canada, Europe, Australia, or Asia, and would still like to purchase the record on vinyl, but don't want to spend a ton on shipping from us, consider using @junorecords or a similar service to pre-order, or call your local record store to see if they can order it. Our distributor ships to most record stores worldwide, so the album is available through many channels. Also, if you're in the US, and you want to support me while also supporting your local record store, you can use recordstoreday.com to find Paradise Lost, then you can search for the closest record store that can supply it. For example, Paradise Lost is available for pre-order via @amoebahollywood , which is so cool!Links in bio for all of this. Can't wait for y'all to get this record in your hands!

Another week done, which means another livestream from my studio. Come join tonight at 7 PM EST!

Very excited to bring you "Shelter Cove," the latest single from my upcoming album, 'Paradise Lost.' This was one of the last tracks I wrote for the album, so it's a very special one for me.On the past few tours on the West Coast, my friend/sound engineer Will and I would scout for swimming holes while driving through the Pacific Northwest and Northern California. Those experiences are a big part of why I love to tour, and why I feel so lucky to get to travel the world and play music. This song touches on those moments, connecting the human experience to the beauty of the natural world.