21497
The Damned Things
{"https:\/\/f0a20826c00e9d7a2251-705026f0dfbdd9ff017b1fa0935e2386.ssl.cf2.rackcdn.com\/505_c-1.jpg":"By Mollenborg^:^http:\/\/www.flickr.com\/photos\/mollenborg\/5211422122\/^:^https:\/\/creativecommons.org\/licenses\/by\/2.0\/deed.en"}
Photo:By Mollenborg
thedamnedthings.com
www.facebook.com/thedamnedthings
The Damned Things is an American heavy metal supergroup that's comprised of members from Fall Out Boy, Anthrax, Every Time I Die and Alkaline Trio. Releasing its debut album, Ironiclast, in 2010, the group would wait nearly a decade while its members performed duties with its other bands until releasing its sophomore effort, High Crimes, in 2019.
FOLLOW
SHARE
FOLLOW
SHARE
0
VIDEO
The Damned Things - Cells 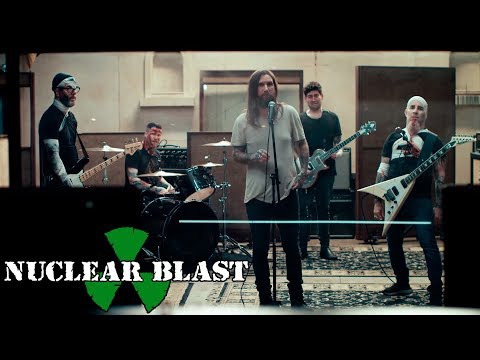 Going to be all kinds of jolly at 'TID THE SEASON at Buffalo Riverworks in Buffalo, NY on December 13th. Tix on sale now tidtheseason.com

We’d like to present to you something REALLY good: the ANIMATED music video for SOMETHING GOOD — a timeless story about a BOY and his ASS (Directed by @krisbaldwinnn) - LINK IN BIO.

Our shows in Brooklyn + Chicago are both SOLD OUT! Grab tix to yours before they're gone too thedamnedthings.com

This amazing lyric video for 'OMEN' is out now too! It's sort of like taking a trip into a cool teenager's notebook -- like the kind that smokes cigs, rips ollies over dogs and drinks his step dad's non-alcoholic beers and pretends he's drunk. Watch it in full on youtube.com/thedamnedthings

With 'HIGH CRIMES' finally out, we want to say how excited we are to finally share it with everyone. The fact that people still care about us after almost a decade is INCREDIBLY humbling. This new album a little gross, a little dirty and definitely rough around the edges - but that's why we love it. In reality, we made this album with a great deal of love and care (i.e. "giving a shit"), and hope you all enjoy it - we want it to become yours.

Turn up @altnation + you might just hear SOMETHING GOOD...

What have we got here?! New song SOMETHING GOOD -- out everywhere now.

You guys and gals looking for something good? Listen to ANOTHER new song of ours, which is something that is good, called SOMETHING GOOD! Out everywhere now.

Every Time I Die

Maylene and the Sons of Disaster

Stray From the Path

The Ghost of a Thousand