20575
The Fest
Gainesville
https://eventseeker.com/gainesville-fl/oct-29-2021/371285332-the-fest
{"https:\/\/f0a20826c00e9d7a2251-705026f0dfbdd9ff017b1fa0935e2386.ssl.cf2.rackcdn.com\/511_c-4.jpg":"Pierre Guinoiseau^:^http:\/\/www.flickr.com\/photos\/geekounet\/5396237089\/^:^https:\/\/creativecommons.org\/licenses\/by\/2.0\/deed.en"}
Photo:Pierre Guinoiseau
www.timbarryrva.com
www.facebook.com/TIM-BARRY-101458963644
During his time helming the Richmond, Virgina-based punk band Avail, singer/songwriter Tim Barry showcased his more aggressive side with an angry vocal style and manic stage presence. On his solo endeavors, however, Barry reveals a side of himself that's a vast departure from what fans might expect from him based off his work with Avail. Creating low-key, folks songs, that tend to have acoustic instrumental accompaniments to run alongside Barry's soft vocals, the reformed punker's solo music is able to prove the musician's vast skills as a an artist and dichotomy as a performer.
FOLLOW
SHARE
FOLLOW
SHARE
0 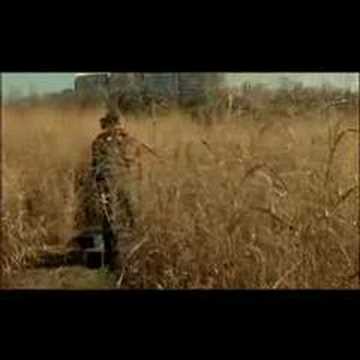 One last online @stageit show for the year, to celebrate the release of "Live 2018" and to make up for us not being able to get together for our annual November Richmond shows. Join me if you can. And requests are always very welcomed! Nov 12 / 7pm (EST)Visit @stageit for details. Thank you. #martinguitar #martinguitars #conrail #conrailquality#elkamino

Here’s the track list and cover for TIM BARRY “Live 2018” Out Nov 13 (digital/stream/ cassette). Was lucky to have had great local players and the best of friends (family members) on the stage both nights. -Josh Small-Caitlin Hunt@karrtalk @andrewallirva @lance_koehler Design @njskapunk182 Photo @sawjello @chunksaahrecords Thank you.

Those AVAIL shows last year were really special. And now more than ever. Feels like we did them just in time. I’m thankful we were able to celebrate together. I hope you all are doing ok these days. Photo of @beau_666_beau by @juliefergusonphoto. #availrichmond #availband #availreunion #availnotthevape @availrichmond

New! TIM BARRY “Live 2018”. Out Nov 13. Digital & double cassette only. Normally at this time of year I’m preparing for my annual Richmond shows, three nights of music we call “This November Fest”. Instead, I’m announcing the release of two recordings from the 2018 “Nov Fest”.This is about as honest of a record as I can present. It was recorded without my knowledge. Nothing is glossed over. In our new world, where we can’t gather like we once did, these recordings sound like a time capsule. We are so close, we are so together. It sounds like one big band, full of magic and mistakes. At 33 tracks and about 2 hours of music, it’s a lot to absorb. I was lucky to have shared the stage those two nights with some of my closest friends and family. My sister Caitlin Hunt on violin, @karrtalk on vocals, @andrewallirva on Harmonica, Josh Small on lead guitar/vocals and @lance_koehler on percussion.Please spread the word. Thank you. @chunksaahrecords #richmondva #richmondvirginia #thisnovemberfest #thecamelrva

Playing songs under a bridge, by the train tracks. Massillon, Ohio 2018. 2021 Tour needs to look like this. #massillonohio #foamers #monikeridentitylostandfound Photographer unknown, apologies.

Ed Trask and I outside @theroxy in West Hollywood, on an AVAIL tour, Oct 2002. @edtrask is not only one of the most amazing people I know, he is also one of my favorite artists. Blow up his IG, his work is incredible. Photographer unknown. #edtrask #edtraskmurals #theroxy #westhollywood #availnotthevape

The years go by like days...Travis and I at Jamia and Franks in NJ. We’d played three shows that night in NYC. The old Knitting Factory, CBGB’s opening for @luceromusic, then at C Squat with @crackdaddycaine. 2006, I think.

Dan Andriano in the Emergency Room