20231
The Marshall Tucker Band, Molly Hatchet
American Music Theatre
https://eventseeker.com/lancaster-pa/sep-30-2021/406670542-the-marshall-tucker-band-molly-hatchet
{"https:\/\/94f25d5fce3d6f1478b5-8492f2475187762e2e44cf8c753691ec.ssl.cf2.rackcdn.com\/20231-1.jpg":"republiccountryclub^:^https:\/\/www.flickr.com\/photos\/theredneckcc\/15450347045\/^:^https:\/\/creativecommons.org\/licenses\/by\/2.0\/"}
Photo:republiccountryclub
marshalltucker.com
www.facebook.com/themarshalltuckerband
Hailing from South Carolina The Marshall Tucker Band helped establish the genre of Southerm rock with its fusion of rhythm and blues, country, gospel and jazz with rock music. Formed in 1972, the band's constantly changing lineup originally included lead guitarist Toy Caldwell, vocalist Doug Gray, guitarist George McCorkel, keyboardist Jerry Eubanks, drummer Paul Riddle and bassist Tommy Caldwell. The Marshall Tucker Band released its self-titled debut in 1973 and began touring extensively, playing up to 300 shows a year for the next decade. After seven studio album with its long time label Capricorn, the band released its eight album, and first of six with Warner Bros. Records, titled Running Like the Wind in 1979. With well over two dozen albums in its discography, The Marshall Tucker Band has proven itself to be a lasting act that has overcome and adapted to several changes in its personnel and in the music industry.
FOLLOW
SHARE
FOLLOW
SHARE
0 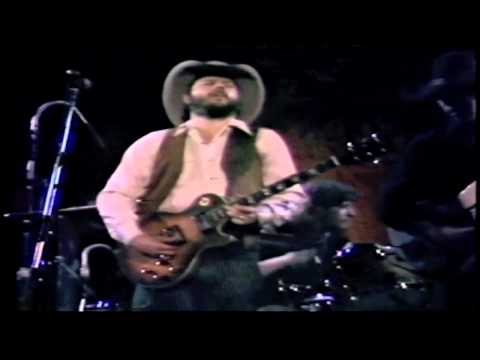 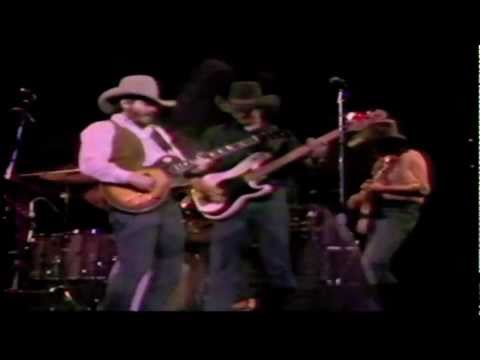 Will The Circle Be Unbroken
The Marshall Tucker Band 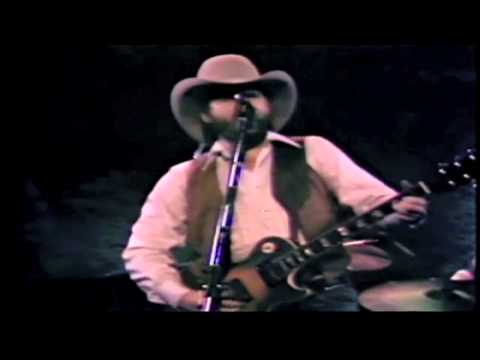 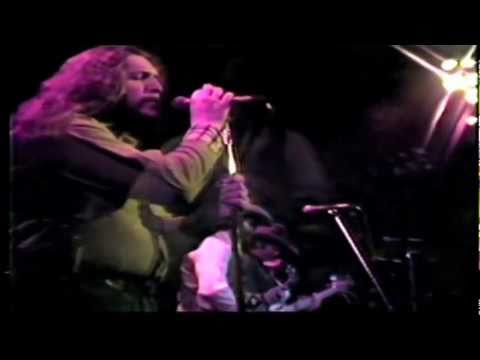 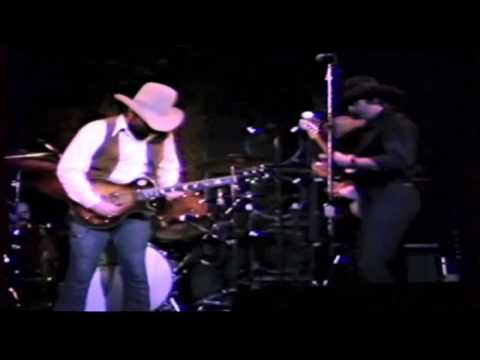 Ramblin' On My Mind
The Marshall Tucker Band 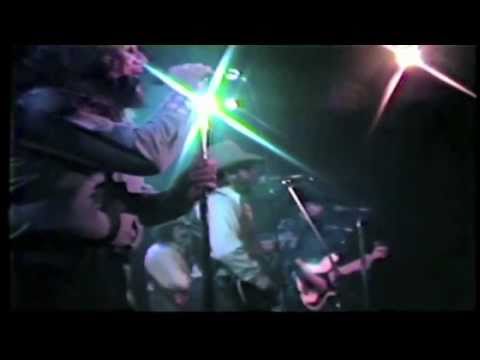 In My Own Way
The Marshall Tucker Band 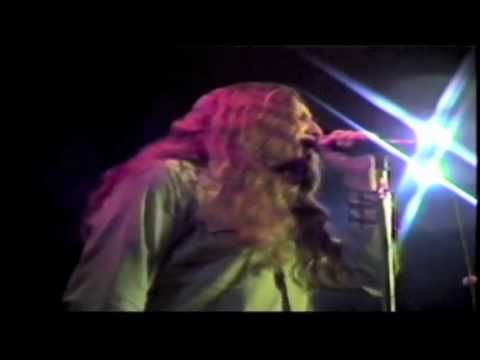 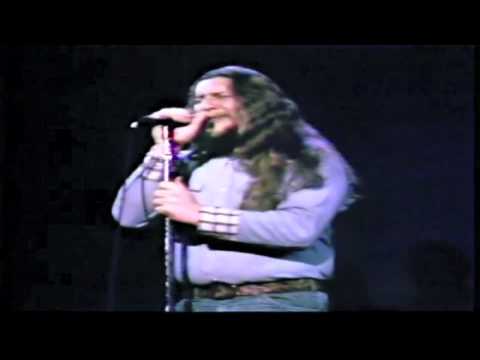 This week’s MTB spotlighted family member… the great Rick Willis! (guitar & vocals)Rick Willis is a native of Spartanburg SC, home of The Marshall Tucker Band. In those days, music was almost omnipresent in the small cotton mill town. It seemed that every family had a musician or two. It was just a way of life. Rick first started learning to play at age six. He’d seen and heard most all of the eventual original members of the band in their various earlier outfits because they were all playing various clubs, dances and “sock hops” around town. It was big news in town when The New Generation, one of Doug Gray and Tommy Caldwell’s early bands, released their first 45 rpm. Rick heard the, just released, first MTB album two months before his 16th birthday. By the time he graduated in 1975, the boys were hitting the charts regularly. Over the years, he was fortunate enough to jam with all the original band members, excluding Tommy Caldwell. Rick officially joined the MTB in 2008 as guitarist and vocalist.

This week’s spotlight…. the great Marcus Henderson (flute, sax, keyboard & vocals)!He could have just as easily found himself in a symphony or jazz orchestra, but instead, Marcus James Henderson put his versatility and extensive early training to work for a legend of southern rock. Nearly 40 years after The Marshall Tucker Band released its debut album on Capricorn Records, singer Doug Gray invited the North Carolina native to join the current incarnation of the group in the flute/saxophone role first held by Gray’s fellow founding member Jerry Eubanks. Over the past decade, Henderson has become a fan favorite, not only delivering signature MTB licks, but also regularly churning out the kind of fervid improvisational solos that were hallmarks of the original band. He contributes keys and background vocals while taking the lead on MTB classics including “Take the Highway” and “I’ll Be Loving You.” Henderson also spent ten years recording and touring with King Johnson, the Atlanta blues/roots/rock band formed by guitarist/songwriter Oliver Wood (Wood Brothers), bassist/songwriter Chris Long and drummer Greg Baba. He’s appeared on recordings by Blackberry Smoke, The Wood Brothers, Tinsley Ellis, Shemekia Copeland and New Orleans bassist Charlie Wooton among others. Henderson spent his high school summers at Brevard Music Center, one of the country’s premier summer music training programs. He went on to earn a BA in classical saxophone from Appalachian State University and a Master of Music of Jazz Pedagogy from the Frost School of Music at the University of Miami. Photo credit: Tom Bell

Lynyrd Skynyrd Family43 years ago today we lost several members of the Lynyrd Skynyrd family, along with pilot Walter McCreary and co-pilot William Gray! On October 20, 1977, a Convair CV-240 passenger aircraft ran out of fuel and crashed in a wooded area near Gillsburg, Mississippi. Chartered by the rock band Lynyrd Skynyrd from L&J Company of Addison, Texas, it was near the end of its flight from Greenville, South Carolina, to Baton Rouge, Louisiana.Lead vocalist/founding member Ronnie Van Zant, guitarist and vocalist Steve Gaines, backing vocalist Cassie Gaines (Steve's older sister), assistant road manager Dean Kilpatrick, pilot Walter McCreary and co-pilot William Gray all died as a result of the crash while 20 others survived. Gone but never forgotten

This week’s crew member spotlight: The Wizard of Tuckerland!! Daryl Godfrey (Guitar Tech)Daryl Godfrey grew up with a love and passion for music and respect for true patriots and artists that have revered the musical industry. Starting with The Marshall Tucker Band nearly 13 years ago simply as an extra helping hand, Daryl's talents and passion were quickly leveraged as the MTB's longest-standing Guitar Technician. Ensuring the fans receive the best possible show entails much more than some people realize. At each live MTB concert, Daryl is behind the scenes working hard to set up a foundation where all the life-long fans can step back in time and remember the band that will always be deep in their hearts and their memories. Fans are not just coming to a concert. They are coming to see a band they saw on their first date, years later after decades of marriage. They are coming to remember the songs that helped them get through some of the toughest times in their lives; true to the fashion and power that music does for the soul. Daryl is the one behind the scenes. He is the first to arrive and the last to leave. When Daryl isn’t on the road, he enjoys spending quality time with his family, sipping on a nice scotch or ice-cold beer, golfing, fishing, and of course cheering on his Gamecocks!

Keith Glenn (Front of House Engineer):Keith Glenn has worked for Doug Gray and the MTB for the past 20 years. He’s been in the music business for the past 36 years, working with multiple artists and production companies. Eventually, he took the position as Front of House engineer with the MTB. He loves being on the road with his MTB brothers, but also enjoys down time at home with his wife of 26 years, Lisa, along with their dogs Flip and Fin. Keith and Lisa enjoy vacationing anywhere there is white sand and blue water, no matter the latitude. Additionally, Keith is a serious amateur chef who loves cooking and preparing everything from sushi and sashimi to smoked brisket... and everything in between. As Doug and Keith like to say, "Looks like we picked a fine day to pick a fine day!”

David "Dibby" Warren (Tour Manager):David Warren, affectionately known as “Dibby,” was born and raised in Spartanburg, SC. He started “hanging“ with bands late '70s. Kym Shurbutt gave him his first job running sound. In the early days “Dibby” knew little about sound but was lucky enough for the late Bill Watts to take him under his wing to teach him the inner-workings of one of the most crucial parts of live concerts. “Dibby” began working with club bands and did stagehand work (anything to keep from getting real job!). In 1987 when Toy Caldwell started his solo band he asked “Dibby” if he’d like to work for him. "Well, duh!” he laughs. After Toy’s passing in 1993, he returned to stagehand and freelance audio work. In the fall of 1996, The Marshall Tucker Band asked him to fill in on monitors for a couple weeks. A couple weeks turned into 25 years and counting.Please Like, Share and be sure to tune in next week as we shine the spotlight on our next band/crew member!

NEWS: Beginning this week, every Wednesday we will feature a different member of the band and crew. We love our road family and want to show our appreciation for the folks who make the MTB tick! Be on the lookout this Wednesday to see who’s up first!

Toy Caldwell, George McCorkle, and Paul Riddle appeared on a 1976 episode of “Hollywood Squares”. The rest of the band was in New York mixing a record!#tbt

"GOD BLESS AMERICA! WE ALL FEEL THE HURT ON THIS DAY AND EVERY DAY SINCE. THE STRENGTH WE HAVE WILL BE TOGETHER BECAUSE WE ARE AMERICA." -MTB & Doug Gray

New Riders of the Purple Sage