18441
Paul Thorn
Texan Theater
https://eventseeker.com/greenville-tx/oct-22-2021/416007720-paul-thorn
{"https:\/\/94f25d5fce3d6f1478b5-8492f2475187762e2e44cf8c753691ec.ssl.cf2.rackcdn.com\/18441-1.jpg":"Paul Thorn^:^http:\/\/www.paulthorn.com^:^"}
Photo:Paul Thorn
www.paulthorn.com
www.facebook.com/thornpage
Paul Thorn is an American singer/songwriter who traveled down a unique road before he became a professional musician. Thorn was a boxer for a period of time, but after not winning matches, he took a job working at a furniture factory in Memphis, Tennessee. During his free time, Thorn would play open mic nights at various clubs and cafes around the Memphis region. It was at one of these events when he was discovered and offered a recording contract with A&M Records. Thorn's debut album, Hammer and Nail, was released in 1997 and although his blues tinged Americana singer/songwriter material didn't manage to entice listeners to buy his first album, as he continued to write songs and spend time on the road, honing his craft, it would take time, but Thorn would ultimately find a fairly decent fan base.
FOLLOW
SHARE
FOLLOW
SHARE
0 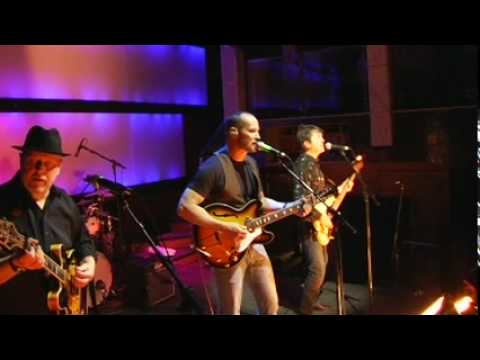 In a couple of hours I'll be doing a free online mini-show of 2 or 3 songs for the Sixthman Mi Casa, Su Casa live series! (Monday, November 2 at 2:00p Eastern, 11:00a Pacific.) -- https://www.facebook.com/sixthman/ -- #SixthmanSessions #SXMsessions #SXMliveloud

Tune in to Facebook on Monday, November 2 at 2:00 PM ET where I'll be singing a couple of songs live from my home for Sixthman's Mi Casa, Su Casa live series! -- facebook.com/sixthman -- #SixthmanSessions #SXMsessions #SXMliveloud

It's only 2 hours and change until the first Paul Thorn Topeka Live streaming show (Tue Oct 27 - 7pm EDT / 4pm PDT). The ticket cutoff is 15 minutes before showtime, so grab your seat now! You'll find the link in the bio. https://paulthorn.topeka.live/

A limited number of "Front Row" tickets for single shows in my online concert  series are now available! Take the link in the bio. https://paulthorn.topeka.live

One of my favorite singers passed away

I got to meet my great nephew Lonnie Wayne Caldwell today for the first time. That boy is gonna be a champ.

Paul Thorn streaming on Topeka LIVE! Get the "Front Row" package and talk with Paul during the show! Three shows, three themes, the first on October 27. Front Row packages are limited, so reserve your seat now, ticket link is in the bio.

Today I rescued howdy doody from a yard sale. Tonite he’s drunk. Please pray for him

The Band of Heathens