17690
Michal Menert
The Mousetrap Bar & Grill
https://eventseeker.com/indianapolis/jan-30-2020/378221159-michal-menert
{"https:\/\/94f25d5fce3d6f1478b5-8492f2475187762e2e44cf8c753691ec.ssl.cf2.rackcdn.com\/17690-2.jpg":"Super Best Records^:^http:\/\/www.superbestrecords.co\/super-roster\/michal-menert\/^:^"}
Photo:Super Best Records
menertmusic.com
www.facebook.com/michalmenert
Fort Collins, Colorado-based electronic producer Michal Menert has had a love affair with music composition from a young age. He was born in Poland during communist rule, when the majority of modern Western music was outlawed by the government. This didn't stop Menert's father (who was an English teacher and occasionally spend time in the UK, working odd jobs) from smuggling records into Poland and playing them for his child. Menert's father also had a deep interest in early electronic music and would teach his young son how to make sounds on step sequencers and synthesizers. This early introduction to music would lay the foundation for Menert's fondness of the sonic composition. At the age of three Menert's parents decided flee Poland and the Iron Curtain, and immigrate to America so they could provide their son with a set of opportunities that wouldn't be available in their old country. Settling down in Colorado, Menert would continue listening to music and learning different insturments, including the guitar. After befriending Derek Vincent Smith (another youngster with an ardent interest in music composition) the two started a band but soon started to delve into the multifaceted world of electronic production. Smith and Menert started learning at a rapid pace and would push one another to see who could create the best songs or most interesting sounds. Both developed a unique sound that centers around pulling samples from old vinyl records and matching them with original production. Smith would eventually start releasing music under his Pretty Lights guise and achieve massive success. But Menert encountered some difficulty before even releasing his debut LP. The victim of a botched robbery in 2006, Menert was stabbed in the gut and presented with a 50/50 chance of survival. Shortly thereafter, Menert's father, who helped introduce him to the boundless world of music, was diagnosed with a terminal form of cancer. During Menert's recovery from the stabbing, he would spend a lot of time with his dad, his father even serving as inspiration to keep making music. Seeing his best friend's career take off also served as inspiration to produce as much as possible and eventually Menert would release his debut LP, Dreaming of a Bigger Life, in 2010. Since then, Menert has adhered to an ardent touring schedule and has been busy making fans out of individuals who like sample-friendly electro.
FOLLOW
SHARE
FOLLOW
SHARE
0 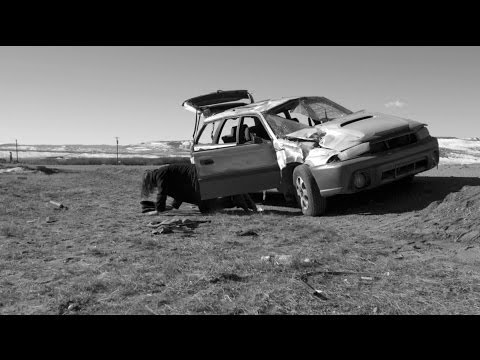 Excited to get back to @gemandjamfestival Jan 31-Feb 2!

Spending this weekend with @sunsquabi in California, Friday at @crystalbayclub Lake Tahoe and Saturday at @theindependentsf. Join the party!

Celebrating 15 years of music & art with the good people of @highlucynation along with @wookiefoot_official, @indubious & more, at @theroyalgrove in Lincoln this Saturday!

Enjoying this gift of @bluenotebourbon from Memphis at sunset after a long week. Cheers.

Tonight in Memphis!!! Come out to Growlers, and make some memories with me. I’m on at midnight, see you there!

This man has changed the course of my life forever. I have learned so much under his guidance, gotten to be a part of historic projects, and heard/made some of the most otherworldly (and loud!) sounds ever in my last 3 1/2 years at Studio X. Here he is with a beautiful redwood bonsai he bestowed upon me this morning, a gift from his own collection that I will care for & treasure eternally. Thank you for everything, @mickeyhart !

Shout out to @soretrostraps for these amazing gifts!! Go check out their vintage guitar / camera straps, and support small businesses & big dreamers everywhere!

Catch me with @breaksciencemusic 9/5 in LA at @1720warehouse and 9/6 in San Francisco at @mezzaninesf!

Had so much fun with @deitchadam & @gridlock27! Where should we bring the Menert Trio next?