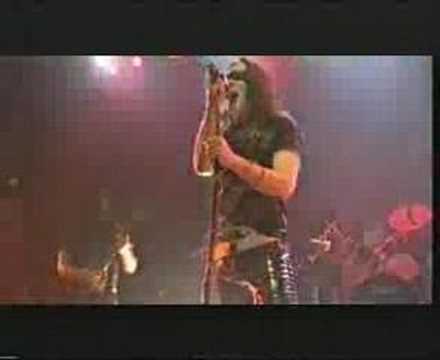 As part of #rocktober, @centurymedia is giving away 20 SIGNED 'Daemon' posters!You still have 4 days to participate, find the link in bio.#posters #signed #blackmetal #centurymedia #win #goodluck

NRK1 has made a 4-episode documentary called “Helvete” about Mayhem and Norwegian Black Metal. The documentary is now available for streaming at NRK.no or at NRK2 tonight at 22.40. If you want English or Spanish subtitles, or available in your country, be sure to let them know; info@nrk.no. Participating from Mayhem; Necrobutcher, Manheim, Billy Messiah, Maniac, Hellhammer, Attila, Snorre Ruch. And Anders Ohlin on behalf of Dead. Music score is by Snorre Ruch & Jon Wesseltoft.

Attila is releasing Life Eternal on vinyl for the very first time. This recording is the rough mix with vocals from Grieghallen April/May ‘93. The source is the tape Attila brought home. Solstice greetings!

Thanks to @drumtalk.official here is a new drum cam video!

We regret to announce that, due to current conditions and local restrictions, the Leipzig show will not take place as planned. We are working on rescheduling the event to 2021 but the date is still to be confirmed. We thank everyone for showing interest in this event and everybody involved truly did everything they could to make it happen, but in the end we were faced with an impossible task. We very much hope to see you next year though!#thetruemayhem #blackmetal #doomstarbookings #2021