16882
Koji
{"https:\/\/f0a20826c00e9d7a2251-705026f0dfbdd9ff017b1fa0935e2386.ssl.cf2.rackcdn.com\/700_c-13.jpg":"scottjwaldron^:^http:\/\/www.flickr.com\/photos\/dslrninja\/262024293\/^:^https:\/\/creativecommons.org\/licenses\/by\/2.0\/deed.en"}
Photo:scottjwaldron
www.facebook.com/kojimusic
Born Andrew Koji Shiraki, Koji is a singer/songwriter and artist from Harrisburg, Pennsylvania, who is known for his multi-media live performances. An avid supporter of social justice organizations such as Resolve and Invisible Children, he uses music, visual art and storytelling to inspire community and lasting change. With only a demo in hand, he hit the road in 2010 and landed a record deal with Run For Cover Records, who released his debut record, a live EP titled Spring Song Vol. 1, followed shortly by a studio EP, Some Small Way, later the same year. Koji spent the next couple of years spreading his music and message and releasing split records with like-minded musicians before dropping his debut LP, Crooked In My Mind, in 2013.
FOLLOW
SHARE
FOLLOW
SHARE
0
VIDEO
Chasing A Ghost 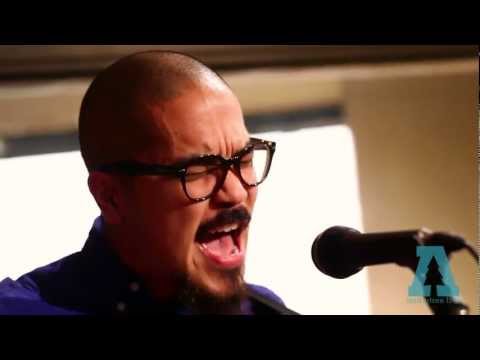 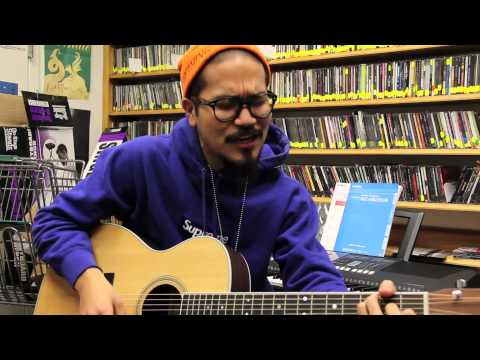 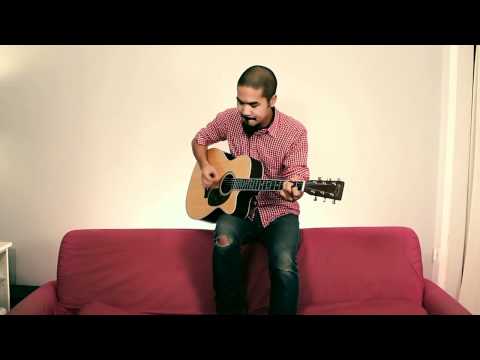 COVID-19 has come to Rikers Island where there are 29 incarcerated people who tested positive, 17 infected staff, and 58 individuals under observation. Mayor de Blasio has only released 23 people with more people imprisoned daily who are likely carriers of the deadly virus. People incarcerated at Rikers have no access to soap or cleaning supplies and Rikers like other prisons around the country are set to explode with COVID-19 resulting in thousands of deaths nationwide.Trump plans to bail out cruise ships, airlines, hydro-frackers, and other major polluters. The Fed’s first relief was sent in the form of $1.5 trillion dollars to Wall Street. Disaster capitalists are looting society. Regular people around the world are the one’s paying the price in the face of this pandemic, massive unemployment, and shortages of tests and medical supplies. The most vulnerable are those who will be most affected.It’s possible that this moment can catalyze social movements into meaningful change, but we must demand it. Right, I’m asking you to reach out to those in power to release those in prison around the US immediately. Not being able to make bail should not be a death sentence. This series of images were made at Union County Juvenile Detention Center in New Jersey. Incarcerating children, families at the border, any human beings is inhumane and unjust before the out break and especially now. We must act. “[Prison] relieves us of the responsibility of seriously engaging with the problems of our society, especially those produced by racism and, increasingly, global capitalism.” -Angela Davis#WeKeepUsSafe #FreeThemAll4PublicHealth

In solidarity, I’ve cancelled all US/UK shows. Like many of you, I’ve also been laid off due to the crisis. If you were thinking of supporting my upcoming tours and are still in a position to, please visit my newly created Patreon or my BandCamp (which is commission free today) to hear a rerelease of ”Sorry.” I’m heartened by all the mutual aid popping up around the globe. In these uncertain times, one thing is for sure, individualism cannot defeat this. It will be courage and community that will bring us through. Thanks for doing your part.kojisaysaloha.bandcamp.com | patreon.com/kojisaysalohaPS. This is a picture of me at Stone Henge in 2013 when I was on tour with Into It. Over It. and Slingshot Dakota.

On the way to @bledfest for my first show in the US in a long, long time. So happy to be playing music again. Thanks to the UK community for helping spark that fire. I’ll be back on that side of the Atlantic with @nervusmusic and @freshpunks in just a few weeks!16/6 Soup Kitchen - Manchesters UK17/6 Moth Club - London UK18/6 Joiners - Southampton UK19/6 Club Ifor Bach - Cardiff UK20/6 Elsewhere - Margate UKHuge thanks to @pressclubmusic @suchgold @nervusmusic @freshpunks @dreamnailsband @munciegirls @tommayallday @xorogerharvey @rickybatesyo @sean_creeper for all the love and great hangs this year!Photo by @del_photos.

HAPPY 100TH BIRTHDAY PETE SEEGER! Pete’s work during the civil rights movement and leadership on cleaning up the Hudson River is a huge inspiration to me. A few years ago I got together with the Flowtown Revue to sing a couple of Pete Seeger song’s. The Flowtown Revue was organized to raise awareness about the Detroit water system who is infamous for shut-offs in poor, working class POC neighborhoods and for poisoning the city of Flint. It was really amazing to sing, celebrate, and share with them. There is still work to do on the Hudson and in Detroit and all around the world to provide access to clean water and a healthy, safe environment for all. Let’s keep working and always keep singing. Power to the peaceful.Video by @michowl and photos by @danifreakinfresh.

EU/UK SPRING+SUMMER 2019It’s an honor to be coming back. I’ll be playing lots of shows around @groezrock this year supporting @suchgold in April, @pressclubmusic in May, @nervusmusic in June with @freshpunks.

3 shows12/14 Providence, RI @ The Met*12/15 Amityville, NY @ Revolution*12/28 Philadelphia, PA @ Everybody Hits^ .* w/ @themovielife.nyc)^ benefit for @afspnational.It’s a blessing and an honor to be playing music again. See you soon..Photo by @kokisa10Jacket by @todd_fisher_ny

#NoBanNoWall - Fred Korematsu was 23 in 1942 when he refused to leave his home after FDR ordered 120,000 Japanese Americans to be "interned" (a sanitized term for incarceration). Korematsu was eventually arrested, convicted for evading internment, and ruled against by the Supreme Court. His conviction was upheld until 1983, but the Supreme Court decision was never overturned. He was awarded the Presidential Medal of Freedom in 1998. Following the attack on the World Trade Center on September 11th, 2001, he spent the rest of his life advocating for Muslims. We celebrate Fred Korematsu today because his story is still important as we fight to protect our Muslim brothers and sisters (and all minorities) from state violence and oppression and work to create an equitable society for all.

A Great Big Pile of Leaves