16749
Katie Herzig
{"https:\/\/f0a20826c00e9d7a2251-705026f0dfbdd9ff017b1fa0935e2386.ssl.cf2.rackcdn.com\/511_c-3.jpg":"Marcus Jeffrey^:^http:\/\/www.flickr.com\/photos\/felixmarcus\/2293089765\/^:^https:\/\/creativecommons.org\/licenses\/by-sa\/2.0\/deed.en"}
Photo:Marcus Jeffrey
www.katieherzig.com
www.facebook.com/katieherzigmusic
Although Katie Herzig was born in California, when she was a young girl her family moved out to Fort Collins, Colorado. When she was a senior in high school, Herzig received an acoustic guitar as a present from her father and she quickly started learning how to play the instrument. After graduating high school, Herzig enrolled at Colorado University in Boulder where she received a bachelor's degree in journalism. Whilst at school, she met three other musical cohorts and formed a band called Newcomers Home in 1997. The group played a unique style of bluegrass and folk, and helped build Herzig's confidence as a performer, but ultimately the band decided to break up in 2006, which left Herzig free to pursue a solo career.
FOLLOW
SHARE
FOLLOW
SHARE
0
VIDEO
Katie Herzig - Making of The Waking Sleep 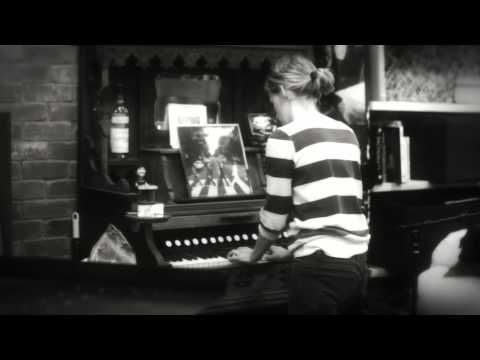 I haven’t posted since February. Life on Earth in 2020 has been challenging to say the very least. I miss so many things and I appreciate so many new things. I’m trying to find courage and peace in a time that has so many reasons to feel hopeless and scared. The heart-breaking passing of RBG gives me courage. Like a spark from her torch just landed on my doorstep of life, knocking, asking me to dig deep and find my power within. To listen for what this life is asking of me, more of what I came here to do and myself to be. Because someone like that stood in her power with grace and compassion against the status quo of history, the systems in place to divide us and disempower the vulnerable among us..... we have marathons ahead of us and we need each other to act and be in our power more than ever. Our planet is in an environmental crisis, democracy is holding on by a thread, the well-being and safety and health of all those we know and love is on the line this November in this country....It’s imperative that we check and make sure we are registered to VOTE and have a plan. Are your friends? Your family? Link in bio to check your status and register. I love you and I miss you and I want to say hi, send love, and add my voice to the beautiful chorus of voices reminding us to use our own and VOTE. Xo Katie

“In this world we’re just beginning to understand the miracle of living, maybe I was afraid before but I’m not afraid anymore!!!” Coming off year two of @justwannaweekend filled with gratitude that in and amongst this time of great division and fear exists massive amounts of unification and love and power. Together we are creating the worlds we want to live in. I am so inspired by the women I shared the stage with lead by the fearless @brandicarlile

Soooo thrilled to see Greta Gerwig’s @littlewomenmovie this Christmas and still not quite believing my song Wasting Time is in the trailer! My 3 sisters and I have watched the ‘94 version just about every Christmas. Looks so goooood! Full trailer in story

Congratulations @ingridmichaelson on Stranger Songs release! I had many magical and meaningful moments getting to dive into some of these songs with Ingrid and my co-producer brother @casoncooley . We wrote many a song and watched many a bazillion episodes of @strangerthingstv in the process... wild what gateways into creativity surround us. Felt lucky to witness how Ingrid’s obsession with this nostalgic show became such a creative, fun and deeply personal outlet.Some have asked what songs we did on this record.... I will tell you! Mother, Hey Kid, Christmas Lights & Take Me Home ..... hopefully someday some of the other beauties we wrote will trickle into the world in B-Side Land:) in the meantime go check out the whole dang record because there is some serious pop yumminess on this one.Big shout outs and thanks to Ingrid, Cason, @tylerburkum , @smoffitt13 , @robkinelski , @laurenglucksman & @lynngrossman12 for the team efforts!

I’ve been basking in places deep, lots of nature, mucho growth and song seeds starting to take shape. I didn’t want to let the month pass by without wishing my love a happy 40th. She sees and makes the world around her sprinkled with life and color, she communes with the plants and teaches me so much about so much.Happy birthday month @butterflyboucher I love you and I am lucky to walk through this one with you. Help me celebrate this beautiful human and send Butter some LOVE

Pssssst! Remaining rooms are now on sale for next year’s @justwannaweekend !! Link in bio

I got real lucky trying to film the full moon through my little telescope, wait for it....

I think there is a metaphor about love in this picture I took of breakfast making a couple days ago but I think I’m not awake enough to think of one. Sometimes you have to break a yolk to find the love staring you right in the morning face? See I’m tired. Happy V day to you and I hope you find love in all the broken places that need it most. I hope your eggs are unequally yolked so one can be a heart shape. Help!

Last summer I was lucky enough to film a music video for my song “Me Without You” at @whirlybirdla with my friend Tanner Kling and his wonderful crew over at @retrofitfilms in LA. I must say it was a gift to be able to show up in the midst of my whirlwind of summer travels and have these guys take care of the vision, the planning, and the execution. I was blown away by their creativity, generosity and talent. As I traveled and sang “Me Without You” along my tour adventures last summer, it was so sweet to see how this song made its way into peoples lives since the release almost a year ago. In its core, it is a love song, so here’s a little more love for your Valentine’s Day week! I hope you enjoy. Full video link in bio.